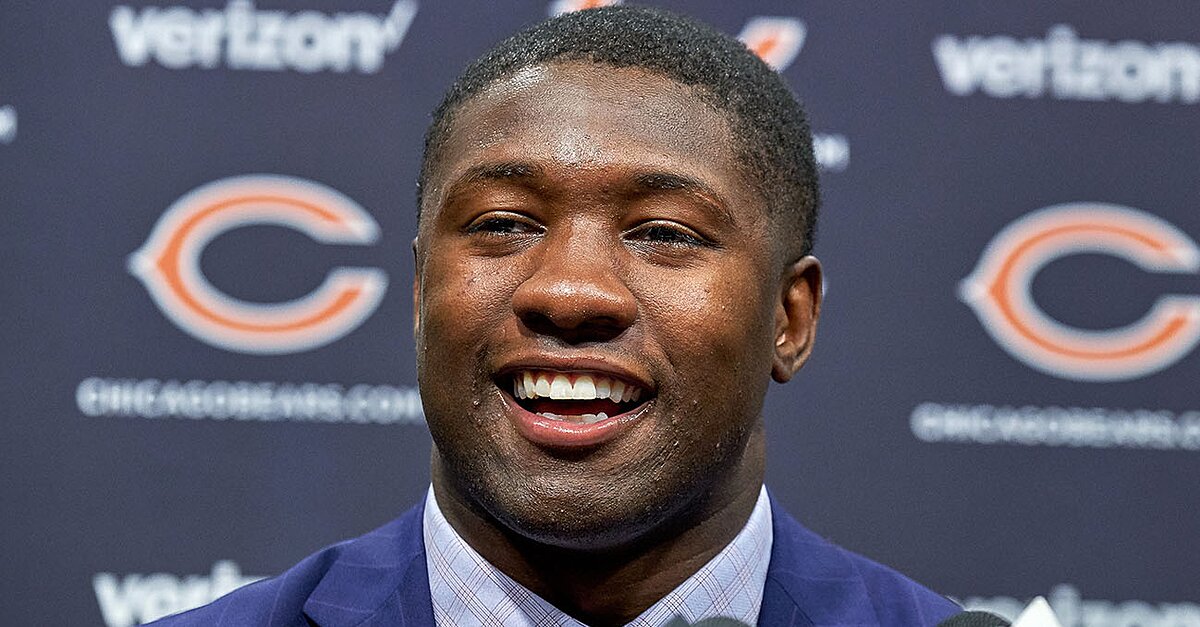 In addition to the team iPad, Roquan Smith also had a several pieces of Georgia memorabilia stolen from his car in Georgia over the weekend.

Bears linebacker Roquan Smith had his team-issued iPad, Georgia jerseys from the national championship and Rose Bowl and multiple other items stolen from his car over the weekend, according to Phil Thompson of the Chicago Tribune.

An Athens-Clarke public information officer told the Tribune there was no sign of forced entry and there are currently no suspects. Smith told officers “he was certain that he locked the doors” to his car, but added it’s possible he accidently unlocked the vehicle when he accompanied a friend to a nearby vehicle around 2:30 a.m. Saturday, according to the Tribune.

Bears vice president of communication Brandon Faber told the Tribune the team “immediately wiped” the information from the stolen iPad and “there was no compromise of Bears (information).”

Along with the team iPad and the jerseys from his last two games as a Bulldog, Smith also had his 2017 regular-season jersey and helmet, his University of Georgia Athlete of the Year trophy, a Michael Kors watch, a Kyobe watch, Costa sunglasses, Nike shoes, four pairs of Bose headphones and a Bose Bluetooth speaker all stolen from his car, according to the Tribune.

The police report says the “jerseys are worth up to $40,000 apiece due to Mr. Smith’s clout at UGA and soon in the NFL,” according to the Tribune.

Shaquwanda Baker, who identified herself as Smith’s aunt, posted about the theft on Twitter, and Smith took a photo of her post and put it on Facebook with the caption, “Need your help to spread the word, please!”

Smith was the No. 8 pick in the first round of the 2018 draft and is expected to attend rookie minicamp, which starts on Friday, according to the Tribune.