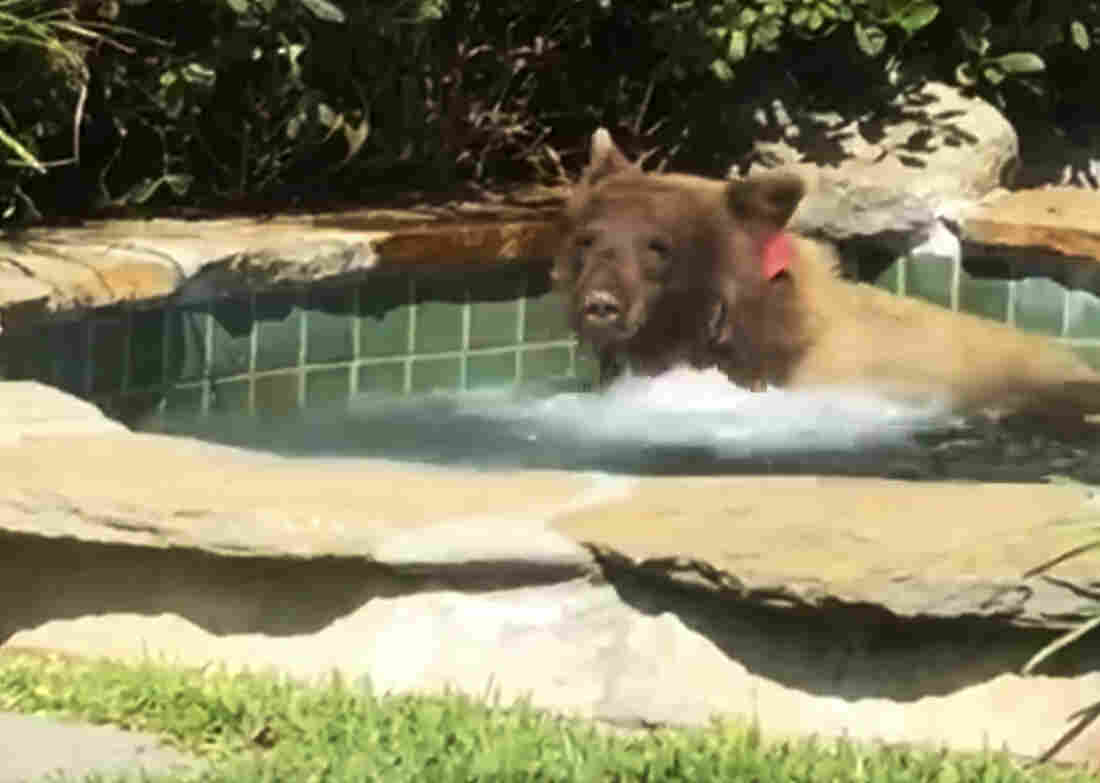 A bear entered a backyard in Altadena, Calif., and spent some time in the hot tub. Mark Hough/AP hide caption 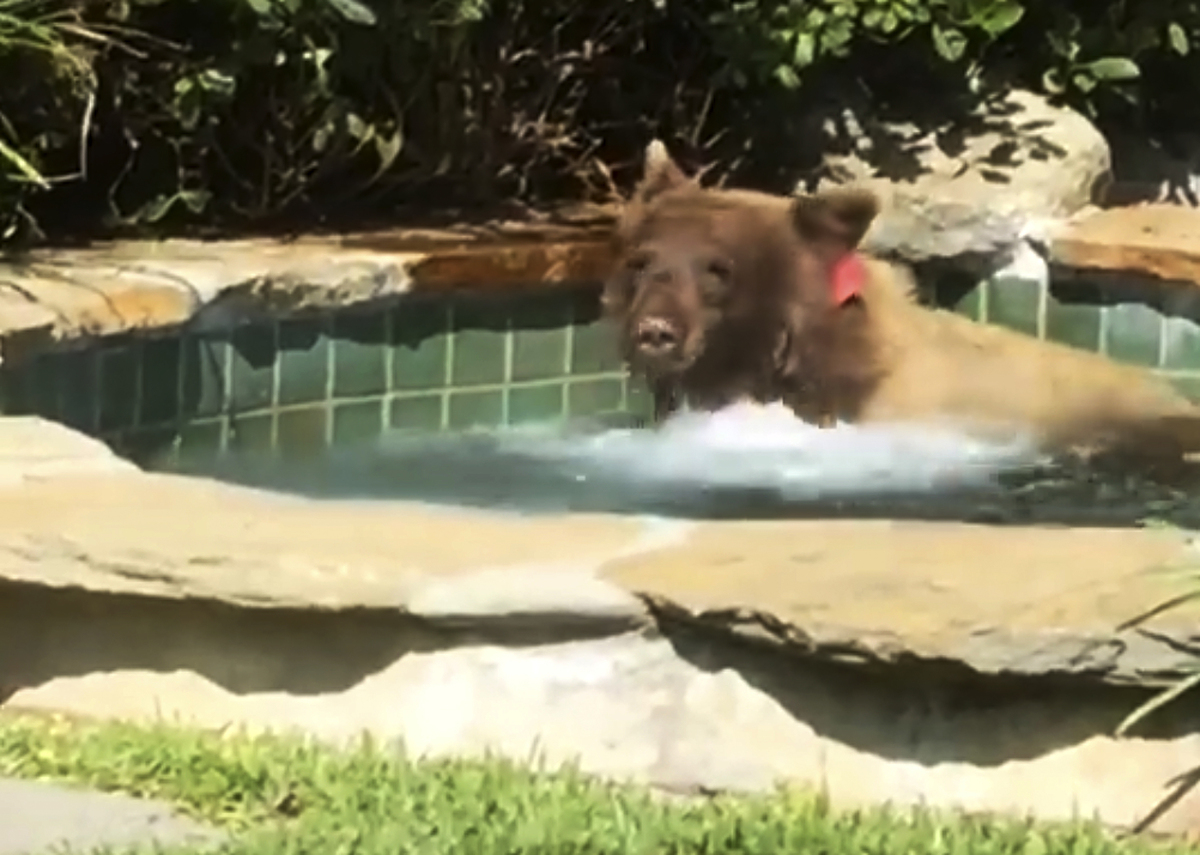 A bear entered a backyard in Altadena, Calif., and spent some time in the hot tub.

You may be just a few hours away from the Fourth of July holiday. Now, may we present to you a video of a bear that is truly channeling the spirit of a mellow summer BBQ.

This encounter happened on Friday afternoon, just as Mark Hough of Altadena, Calif., was settling into a relaxing margarita. Suddenly, a bear appeared in his backyard.

It could have been a terrifying event — until Hough noticed the bear had lowered itself into his hot tub and was having a “grand old time,” he told The Associated Press. He started filming.

The bear splashes around in the sunshine and appears to dunk its face in a jet, plays with the chlorinator and munches on flowers.

After that, Hough tells the AP, the ursine bather “popped out of the bushes, walked right over to the margarita, knocked it over and lapped it.”

The bear was spotted a short time later in a tree, perhaps sleeping it off. “So he had his margarita, he had his Jacuzzi, and now he’s ready for an hour nap,” Hough said.