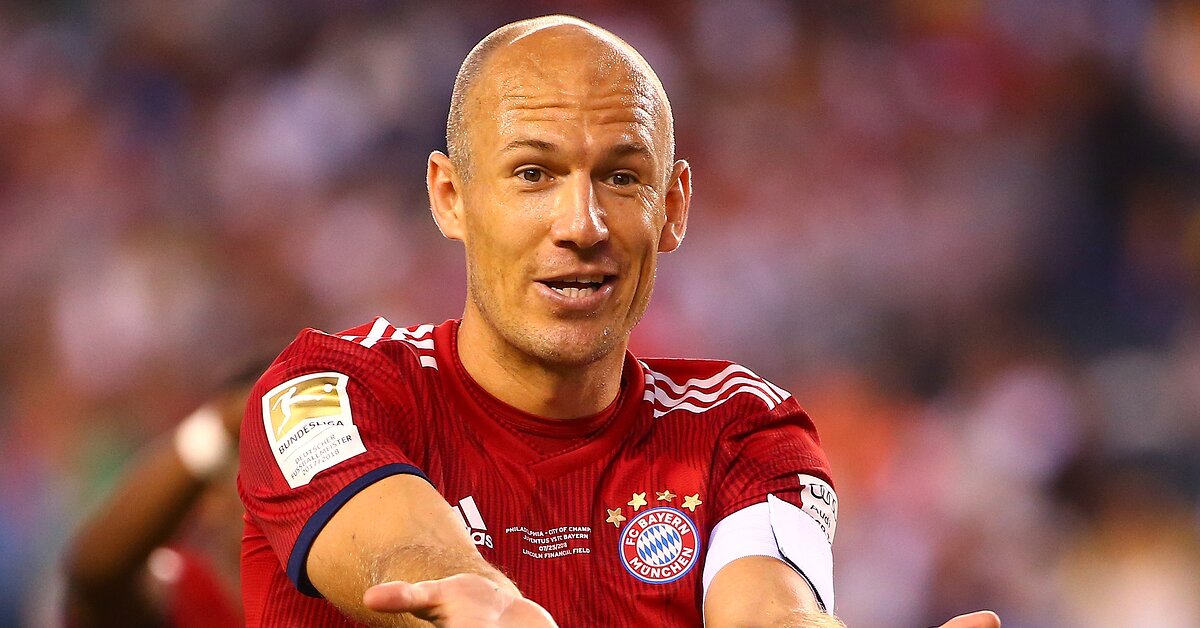 On the latest episode of the Planet Fútbol podcast, SI.com’s Grant Wahl sat down in Philadelphia with two Bayern Munich wingers at different stages of their careers: Arjen Robben, the 34-year-old Dutchman starting his 10th season at Bayern, and Serge Gnabry, the 23-year-old German who has scored double-digit goals in the Bundesliga the past two seasons (at Hoffenheim and Werder Bremen) and is starting his first season with Bayern.

Here are some of the highlights from the interviews:

“The winning goal in the Champions League final in 2013. That’s like a dream come true for any kid growing up and playing soccer. Scoring in the last minute in a final, scoring the decisive goal. That’s the best feeling you can get.”

Best goal technically you have ever scored?

“There are a few that come up in my mind. But definitely one I scored in a semifinal in a cup game against Schalke with Bayern. It was in extra-time, 112th minute I think, when I received the ball from the goalkeeper in my own half and then I just started dribbling, running and going past people. And then I ended up scoring a goal.”

Player you have most admired?

“When I was growing up, my idol was Romário, the Brazilian player. At the time he was playing in Holland at PSV in Eindhoven. Just his dribbling skills, scoring goals. It was amazing to watch.”

On how he has changed since debuting at 17 with Arsenal and returning to Germany the last two seasons:

“The biggest thing is just to get the playing time. If you’re on the pitch, if you’re scoring goals, people can see you, people can talk about you, people recognize what you’re doing. It’s all different when you’re not playing, when you’re on the bench or not even in the squad. That’s what’s kind of happened to me before in the years at Arsenal. It’s a whole different thing. For the last two years I’ve been enjoying my football, coming out every week playing and improving day by day in training.”

On leaving Germany as a teenager to join Arsenal, to live in a new country with a new language:

“I’m definitely proud of it. It’s a hard thing to do when you’re 15 or 16 years old, leaving all your surroundings behind, like I would say your comfort zone, where everyone knows you, where your family is around and all of that stuff. Just to make a new step, I wanted to do it. I wasn’t really scared of anything. A lot of people were telling me you can’t go to England. You will not make it. There are so many players who went before you that didn’t make it. So I really just said OK, let’s prove a point, because I’m not everybody. And for the first two years, everything went you could say as planned, as I wish it would have. Then after that not so much. But I would do it over and over again.”

On why the Bundesliga has become a better place for younger players to get opportunities than the Premier League:

“I think it’s because of the big money that is around in football today, especially in England. If you have the top six clubs there, all their starting XI’s are players that cost €50 million-plus. So for a young player to make it past, I would say the big thing is starting for that team is very hard. Now in the Bundesliga the level has gone up, but the quality has started to give young guys a chance. I think that’s very good, because everyone starts young. I think that’s the case comparing to the Premier League, it is a bit harder to break through there than it is in the Bundesliga at the moment.”