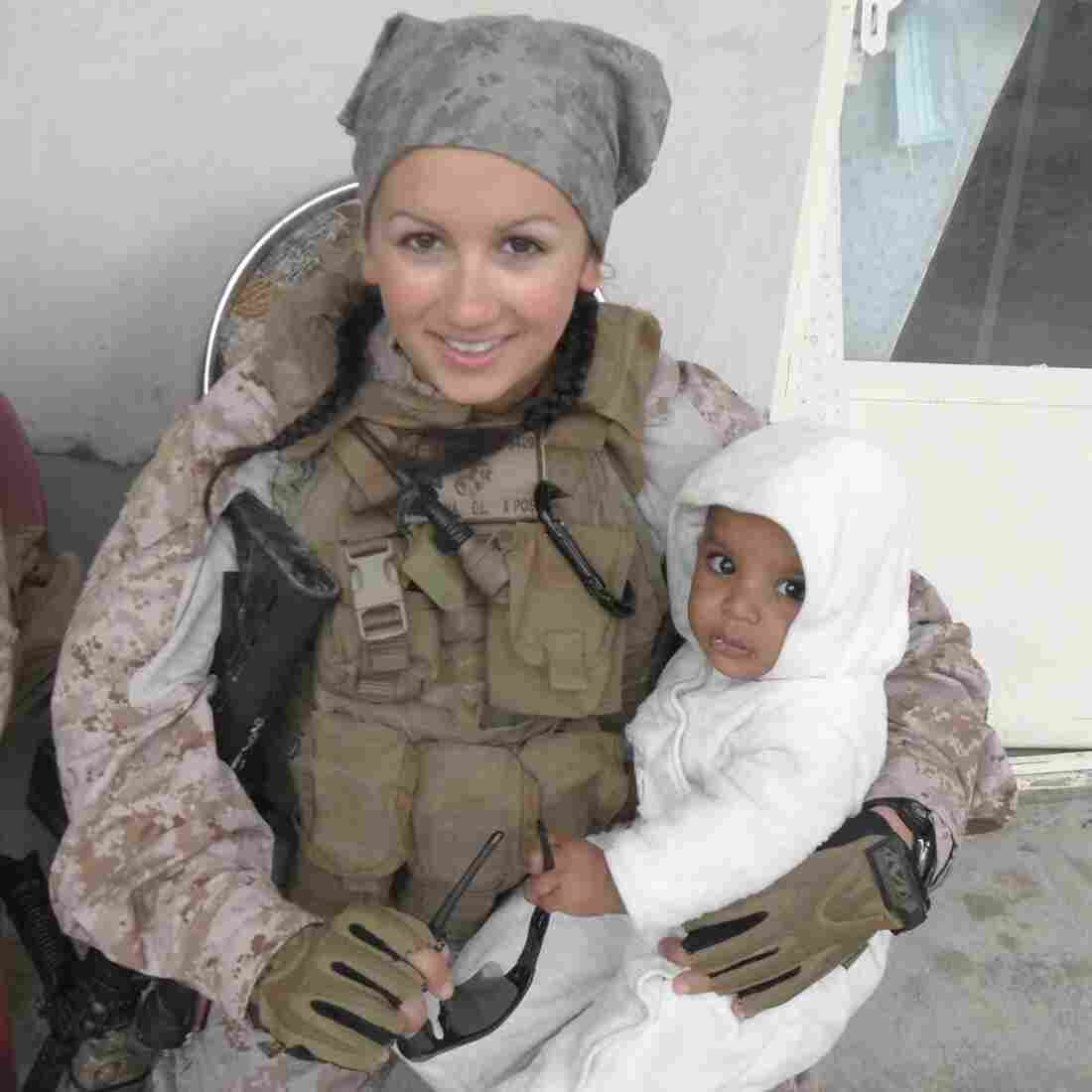 Deana Martorella Orellana in an undated photograph during her service in Afghanistan. Family Photo hide caption 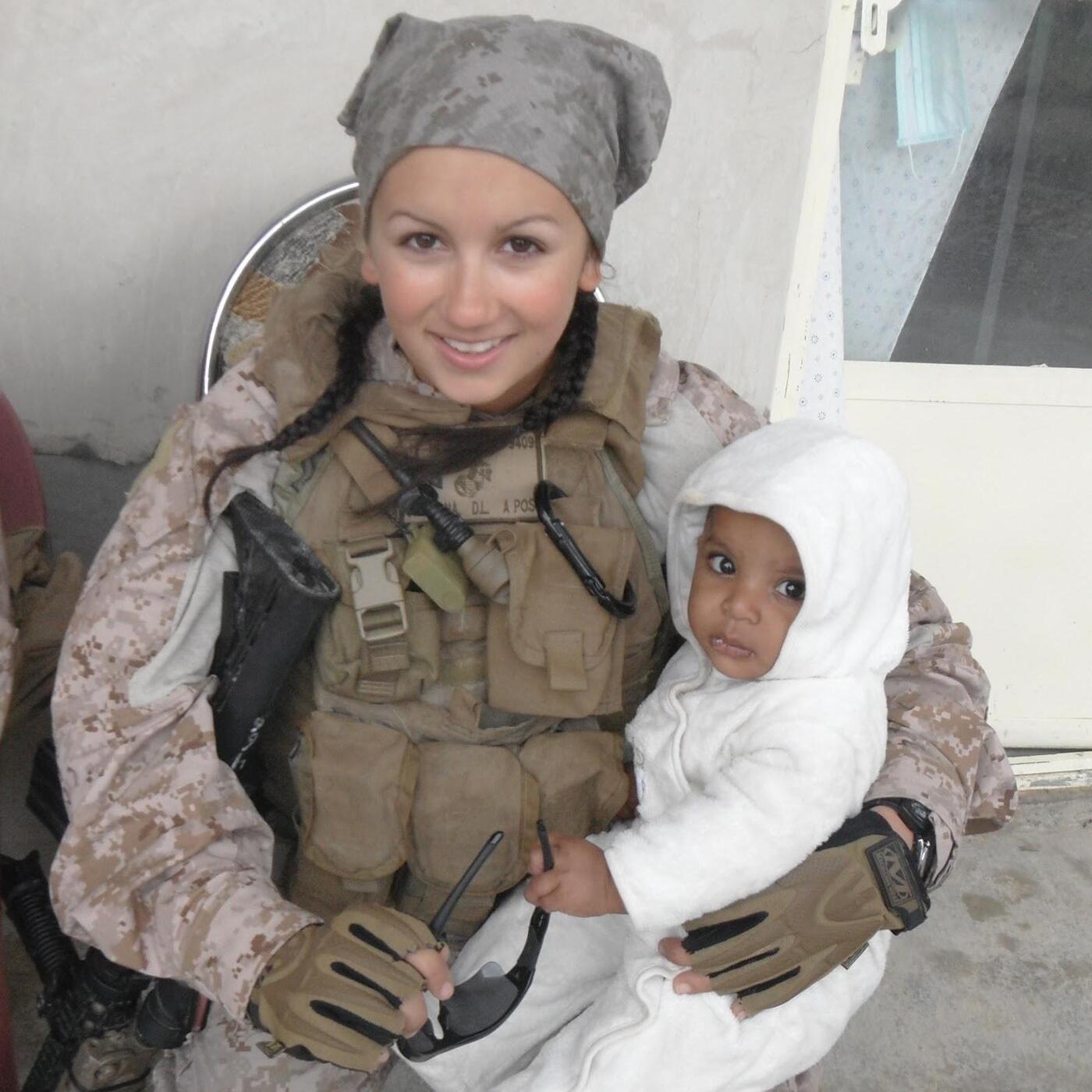 Deana Martorella Orellana in an undated photograph during her service in Afghanistan.

The suicide rate for female veterans has soared 85 percent in recent years, leading the military, VA and advocacy groups to try new ways to improve women’s mental health care during and after service.

One key focus: how to tailor the sometimes tricky jump from the military to the civilian world.

Women’s experiences in the military are different from men’s, so their transition needs to be different, too, said retired Army Col. Ellen Haring, director of research for the advocacy group Service Women’s Action Network (SWAN).

“The experiences you have on active duty carry with you, and then they manifest as mental wellness challenges as veterans,” she said. “When you’re transitioning out of the service, or when you return from a combat deployment to come back to a stateside demobilization and try to return to family or community, that’s a challenging period.”

When that transition doesn’t go well, the cost can be terrible. Female veterans are nearly 250 percent more likely to kill themselves than civilian women.

While male veterans also are more likely than their civilian counterparts to commit suicide, their rate is 18 percent higher.

When Deana came back, something had changed

Deana Martorella Orellana, who for much of her career as a Marine was stationed at Camp Lejeune, N.C., is among those who couldn’t make the transition to civilian life work.

“She was beautiful, a smart kid, really smart,” said her mother, Laurel Martorella, of Arnold, Md.

And Deana was something more than that. She was a junior high soccer whiz who made the boys on the field seem frozen in place. She was so athletic, say those who knew her, that watching one of Deana’s games then, or later in high school or college, could make you just stop and savor the sheer wonder of human potential.

“She really excelled at anything she tried,” said her mother.

And eventually, she tried the Marines. Her mother said Deana beat everyone – male or female – on the physical tests at boot camp.

Then, in 2010, she deployed to a particularly combat-torn part of Helmand Province in Afghanistan.

There, Deana was assigned to a small female team that was attached to a male infantry unit. The team worked with the Afghan women and children they encountered.

When Deana came back, something had changed, said her family.

One of Deana’s siblings, Robin Jewell, said the problem had to do with something Deana saw or experienced involving Afghan children, but Deana never opened up about the details.

“She said that she didn’t see things the same, and she could handle everything except for the kids,” Jewell said. “And I don’t know what that means. She just didn’t talk.” 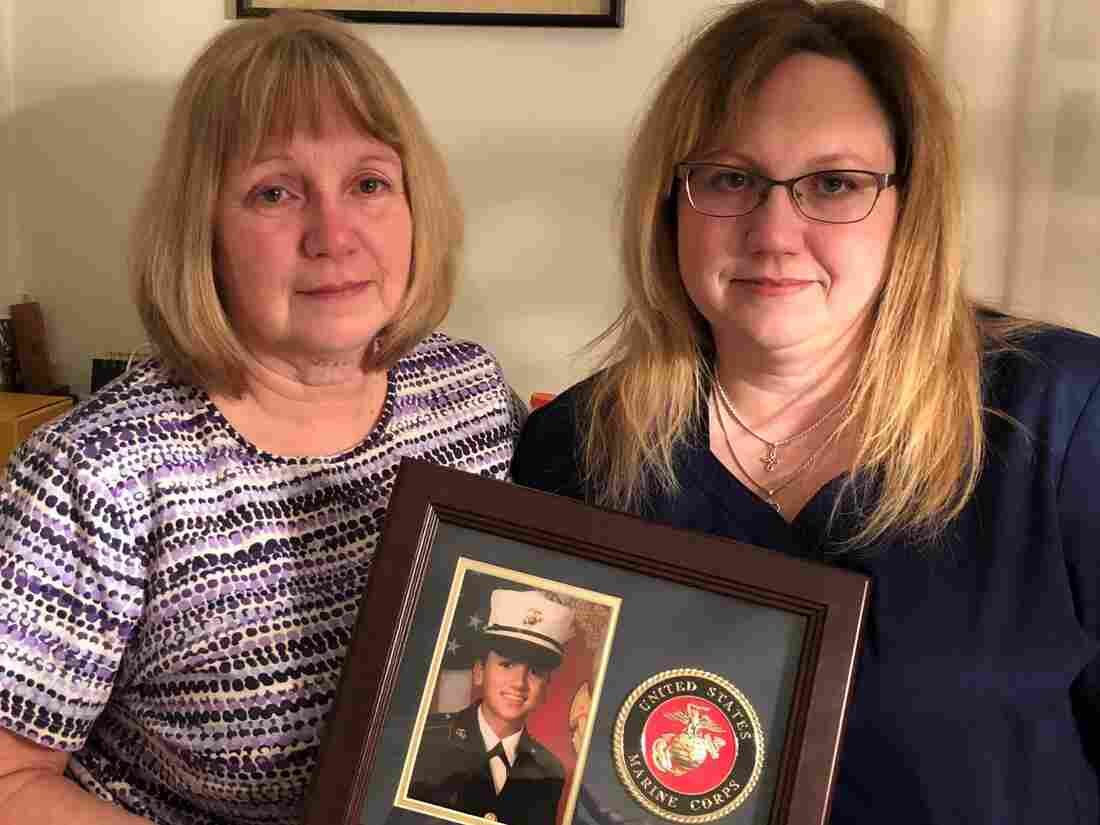 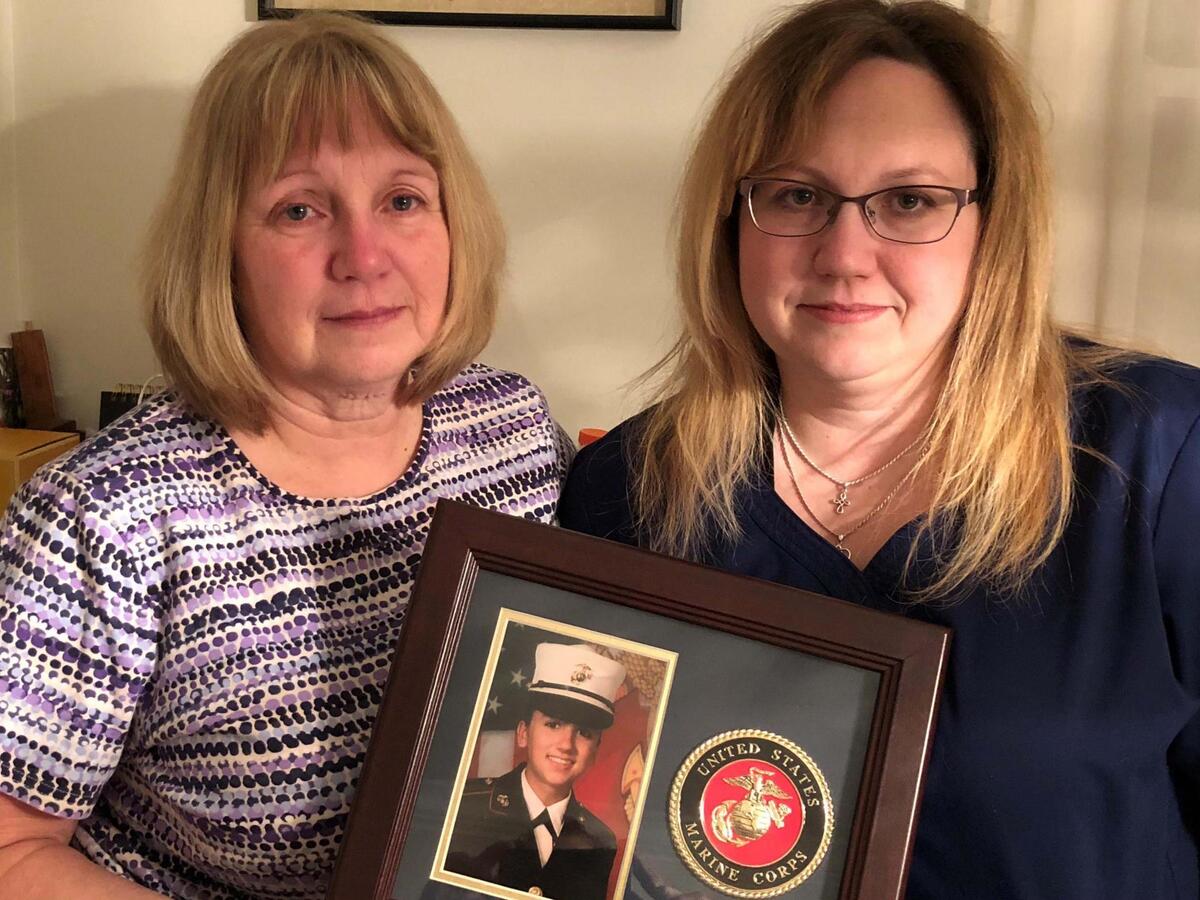 After she returned to North Carolina in 2013, her rental home burned down, and a man she knew was charged with arson. She wasn’t home, but the incident shook her.

She loved being a Marine – she had the Corps’ eagle, globe and anchor insignia tattooed nearly the size of a basketball on one flank – but decided to leave the service in 2015 when her enlistment ended.

She stayed close to Camp Lejeune, tending bar and working as a personal trainer. She was planning to earn a college degree in exercise science.

But problems piled up.

Deana moved out of her boyfriend’s home, said her mother. She was charged with driving drunk. Then she was charged again. She was reaching a tipping point.

“Deana was very much a perfectionist,” said Jewell, “and I think that in her eyes this was a huge failure.”

On March 4th, 2016, Deana went to the VA for help, her mother said. VA officials later told the family that Deana agreed to counseling.

But just hours after the VA appointment, Deana asked a friend to drop her at the house where she had lived with her boyfriend, who wasn’t home. She went in the bedroom and retrieved a .45-caliber handgun.

She sat on the floor and leaned against a wall. That’s how her body was found.

“She wrote a note,” said her mother, sitting at Jewell’s kitchen table in Maryland.

Her mother recalled what it said: “I’m sorry, call 911, take care of the dog, don’t come in the bedroom.”

Medical examiners’ reports have a line listing valuables found with a body. Deana was wearing a fitness band and a plastic bracelet.

In her pocket was a sheaf of handwritten inspirational quotes. Words, as they say, to live by.

She had been out of the Marines only a few months. VA has recently received data showing that a startlingly high number of suicides come in the first days, weeks and months after veterans leave the military, and mental health experts there say they’re looking at how to use that data to improve the chances of making things go right for freshly-minted veterans.

A VA official later told her family that Deana had PTSD related to combat — which she had never even told them that she had experienced — and from the house fire.

Somehow in moving from regimented military life back into the civilian world, Deana hadn’t connected with someone who could keep her from feeling like her PTSD and other problems were piling too high.

Deana’s family doesn’t blame the VA or military. They just think if the process had been better … different somehow … maybe Deana would have sought help earlier.

“The soldiers themselves don’t fully understand to say, ‘I need the help,’ ” Jewell said. “Military members aren’t taught to be able to ask for help when it’s time, and therefore the VA system is unable to learn how to provide said help because neither side is connecting.”

Ellen Haring, the research expert with SWAN, has studied the effects of serving in the tiny women’s teams in combat zones like Deana did. Haring isn’t familiar with Deana’s specific case, but says the role creates stresses beyond the obvious ones of combat. Women may be pulled from the support networks in their own units and sent to locations where they see heavy fighting.

Often, even back on base between missions, while the men are decompressing, the women may feel like they can’t let down their guard because of the possibility of sexual assault.

“So they return to units that didn’t know where they had been,” Haring said. “They didn’t have the same kind of bonding opportunities with the people that they had served with.”

A need for human connections

A key recommendation is to establish stronger social support groups and networks for military women. 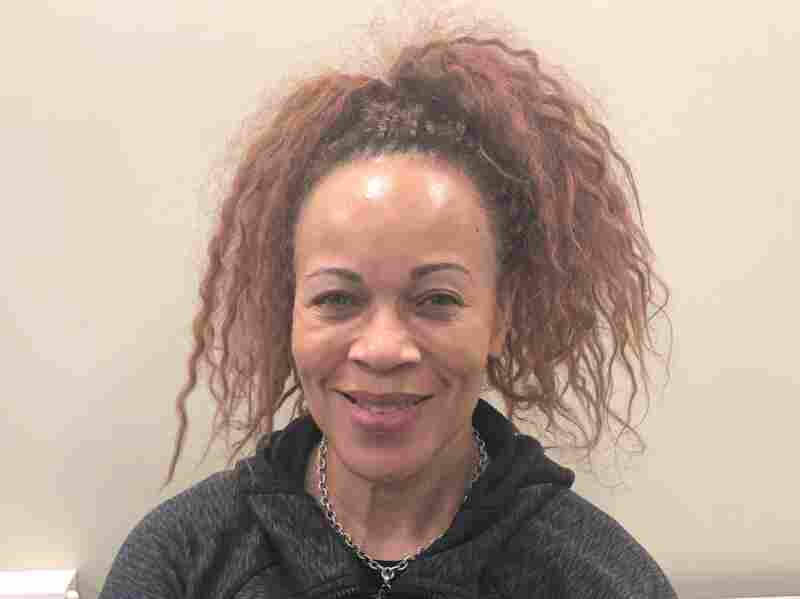 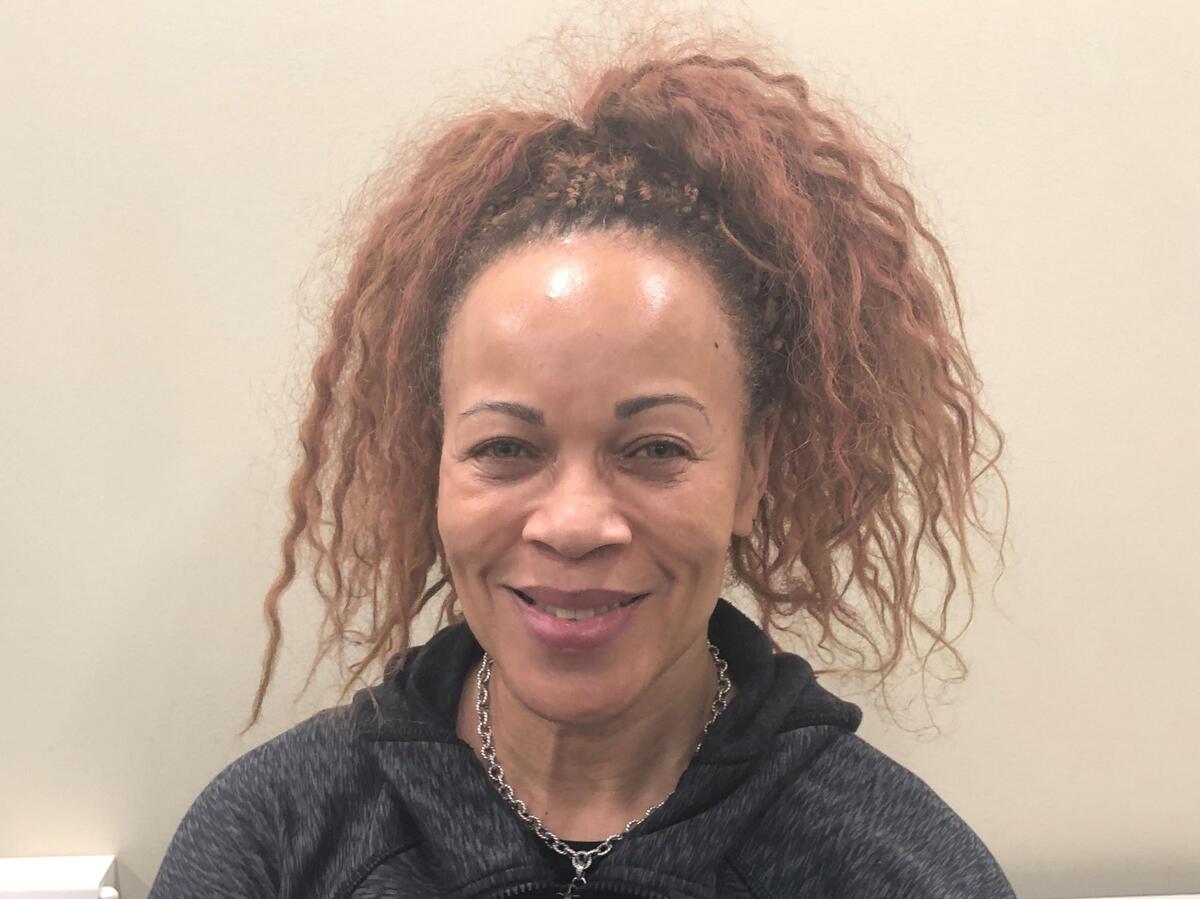 The meetings are only for female veterans, and they’ve started in a host of locations around the country over the past few weeks, thanks to a grant from the Walmart Foundation and with support from the VA. The idea is to build connections and community among women veterans.

Human connections are crucial for mental health, and especially when women are just getting out of the service, said Corchado.

“The military really made it seem like all you do is this, this and this, and you need LinkedIn and you’ll be good,” said Corchado, who’s a personal trainer and real estate agent.

Once out of the service, though, she didn’t feel tied in to any kind of support.

“You get into this free fall and you don’t know how to climb back out of it,” Corchado said. “But I didn’t realize until years later that every veteran, but especially female veterans go through that free fall.”

The VA says it has a host of suicide prevention efforts underway, including a system that harnesses the power of big data to identify veterans at particular risk. It analyzes more than 60 characteristics, including gender, age, geographic location, drug prescriptions and medical history. The VA can check in with veterans whom the system flags.

The agency also has been trying to train veterans and their families about gun safety, said Megan McCarthy, the VA’s deputy director for suicide protection.

“One of the reasons we think why women veterans die by suicide at higher rates than civilians do is because they are more likely to attempt suicide with a firearm than civilian women,” McCarthy said. “Firearms are a very lethal method of suicide.”

Data show that women who get VA care are less likely to kill themselves. But of the 20 or so male and female veterans a day who do commit suicide, about 14 aren’t in the VA’s care.

“We are really working hard to try to understand more about those 14 veterans who die by suicide each day who aren’t in VA healthcare and make sure they have the good care and support that they have earned,” McCarthy said.

More information from the VA about suicide prevention and mental health, including crisis contacts, can be found at:

All of SWAN’s recommendations for improving mental healthcare for military women can be found at:

More information on Deana’s foundation is at: