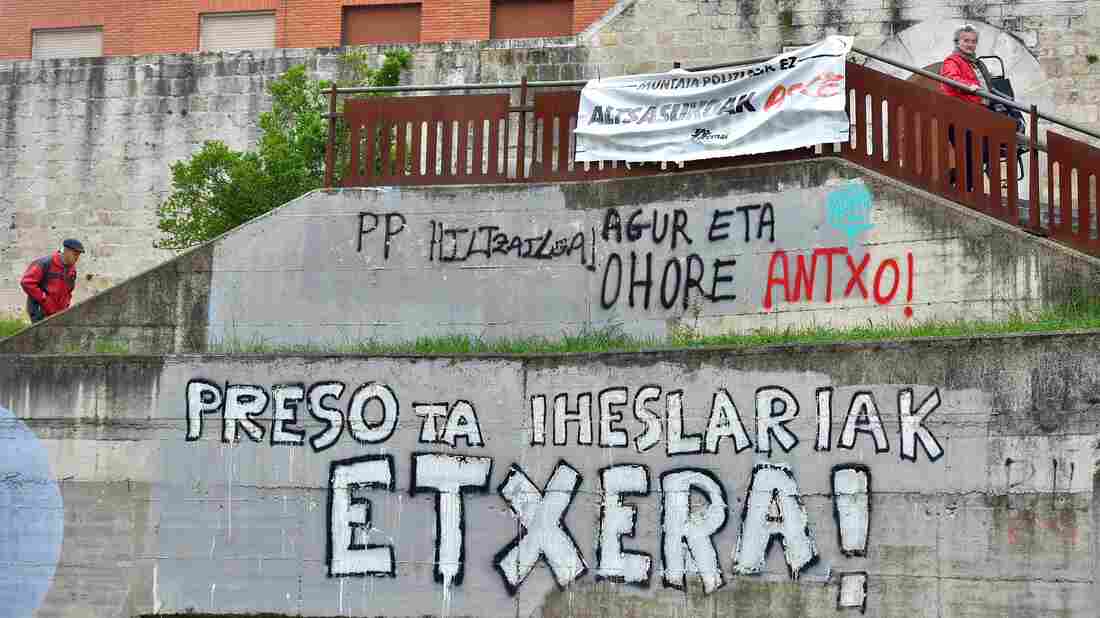 People in the Spanish Basque village of Agurain walk past graffiti calling for the return of ETA prisoners to the Basque country on Thursday. The Basque separatist group has formally announced its dissolution. Ander Gillenea/AFP/Getty Images hide caption 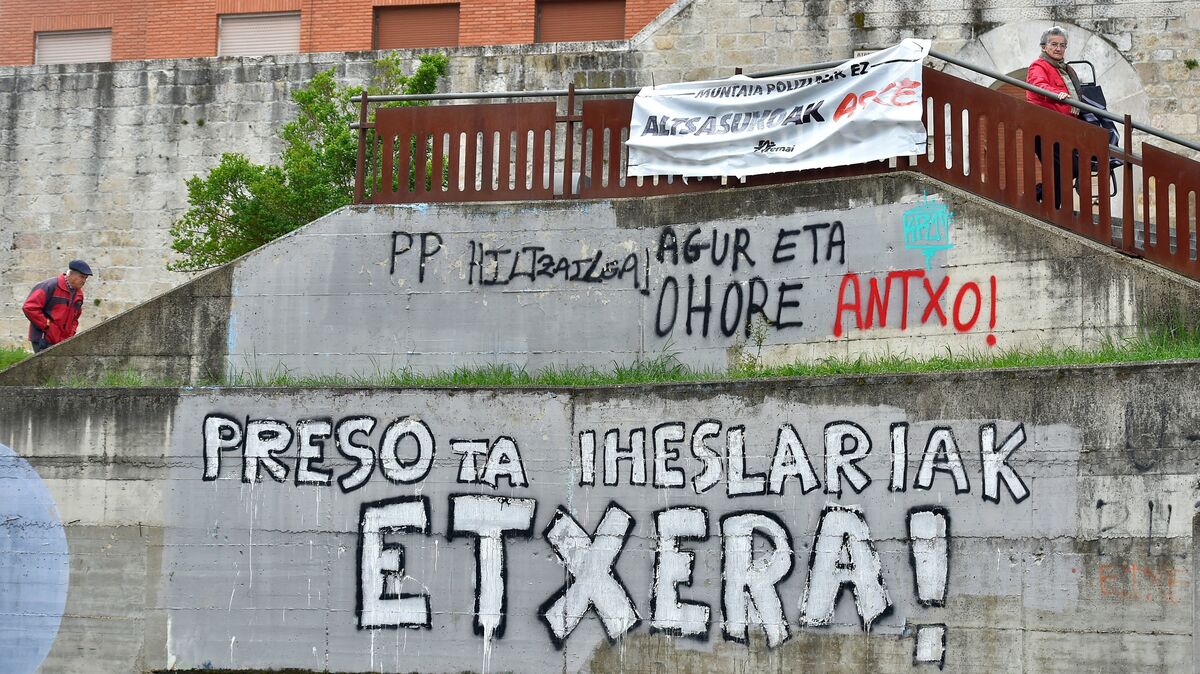 People in the Spanish Basque village of Agurain walk past graffiti calling for the return of ETA prisoners to the Basque country on Thursday. The Basque separatist group has formally announced its dissolution.

The Basque militant group ETA, which killed hundreds of people over a bloody, decades-long campaign for independence, has ceased to exist, the organization announced Wednesday in an open letter.

After nearly 60 years, ETA’s “journey has ended,” the letter states. Aiming to “end a cycle of conflict,” the group said it has dismantled its structures, stopped its initiatives and will no longer engage in political activity.

The group’s infamous violence had already come to an end. A cease-fire was announced in 2011, and ETA gave up its weapons in 2017.

“The group’s insistence on intervening in the future of its prisoners — many of whom are being held in jails outside the Basque Country, thus making it difficult for families to visit them — has dragged out the nominal existence of ETA,” Spanish newspaper El Pais reports. “ETA was to all intents and purposes defeated … without having achieved any of its objectives, and now will disappear as an organization without having reached any kind of deal for its prisoners.”

But the quest for independence is not over, the ETA says.

“Former members of ETA will continue the struggle for a reunited, independent, socialist, Basque-speaking and non-patriarchal Basque Country,” the group said in its letter.

The Basque people, in northern Spain and southwestern France, are an ethnic group with a distinctive language and culture. ETA had sought to carve out a Basque-ruled state in the region.

The ETA, which stands for Euskadi Ta Azkatasuna, or “Basque Homeland and Freedom,” was established during the dictatorship of Gen. Francisco Franco in Spain. At the time, the authoritarian government was cracking down on the Basque language and identity.

After Spain transitioned to democracy, ETA continued to fight for an independent state — using violent tactics, particularly car bombs and assassinations. Police and other officials, politicians and journalists were all targets.

More than 800 people were killed by ETA, which the United States designated as a terrorist organization in the 1990s.

El Pais reports that Spanish Prime Minister Mariano Rajoy addressed the dissolution of ETA before the letter was published. “ETA has been defeated due to the strength of the rule of law and Spanish democracy,” he said. “Whatever it does it will not find impunity for its crimes.”

The Basque country, with its strong sense of identity and weakened independence movement, has recently served as counterpart to the secessionist efforts in Catalonia — where a standoff with the Spanish government continues.

Last fall, as Catalan leaders were intensifying their bid for independence, Reuters wrote about the Basque country, where “generous fiscal autonomy from Madrid” has softened the secessionist edge.

Reuters wrote that Spain allows Basque to collect nearly all its own taxes, and that Rajoy has “sweetened that arrangement” since he took power:

“Catalan flags hang from balconies alongside the Basque flag in a sign of solidarity, but Bilbao is prosperous and peaceful. Where once unionist politicians needed bodyguards and car bombings were a constant fear, tourists now crowd the taverns of the old town and the world-famous Guggenheim museum.

“Just 17 percent of Basques want independence and less than half would like to hold a referendum on the issue, according to a poll carried out by the university of Deusto.”