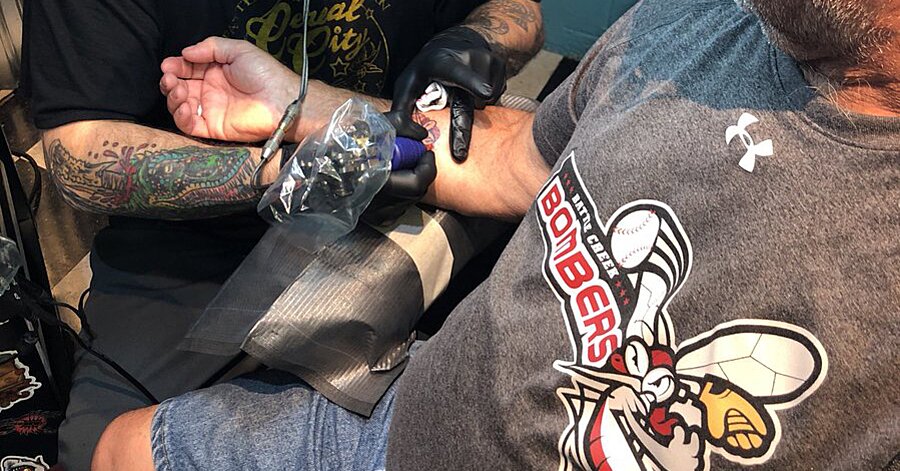 These fans aren’t afraid to wear their support on their skin.

BATTLE CREEK, Mich. — Fans of the Battle Creek Bombers lined up overnight to get a free Bombers tattoo — and free tickets for life to watch the baseball team.

The Battle Creek Enquirer reports the tattoos were part of a Bombers Tattoo Day promotion for the southern Michigan team of that plays in the Northwoods League and features top college players. They were inked to mark the team’s 12th year in Battle Creek.

Russ Byers got in line at Cereal City Tattoo and Piercing on Friday evening to have a chance to be the first to get a tattoo on Saturday morning. Pairs of lifelong tickets went to the first 12 fans to participate. The 67-year-old Byers says it’s his first tattoo, but he’s big fan and had “no hesitancy” about it.