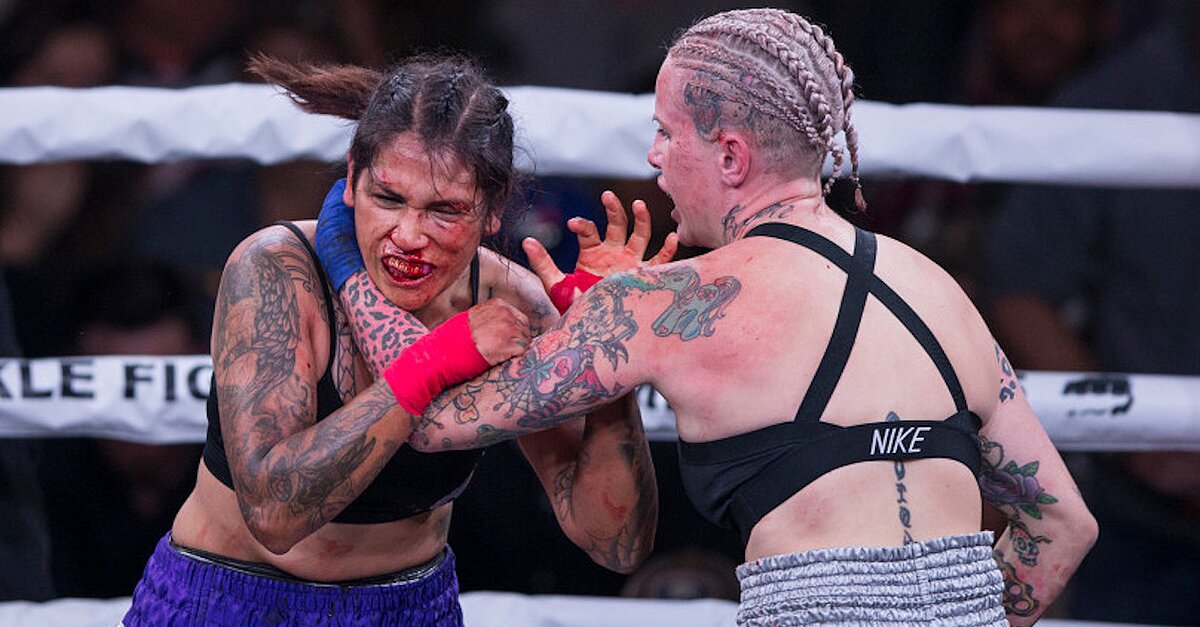 This is the first ever state-sanctioned competition.

The event, which was held at a hockey rink, drew tens of thousands of fans from pay-per-view and featured 10 fights, according to the Denver Post.

Bare-knuckle competition features similar rules to boxing, except fighters wear no gloves and are free to use the back of the fist or hammer blows. They can also hook an opponent’s arm, but cannot kick or knee them.

The event was the first major bare-knuckle event in the U.S. since 1889.

“Wyoming was the first state to grant women the right to vote, so it’s only fitting that Wyoming should host the first bare-knuckle fight between women,” said Bryan Pedersen, chairman of the Wyoming Sport Combat Commission. “You can read about history or you can make history, and we’re going to make history tonight.