Barcelona are prepared to bolster their defensive options with the addition of Sevilla centre back Clement Lenglet, as other targets have proved too expensive.

Barça’s defensive frailties were exposed in devastating fashion at the weekend as they lost their penultimate game of the season 5-4 to Levante – their first league defeat of the campaign.

Lenglet is one of the most highly rated young defenders in La Liga and was outstanding over two legs when Sevilla beat Manchester United in the Champions League last 16 this year. 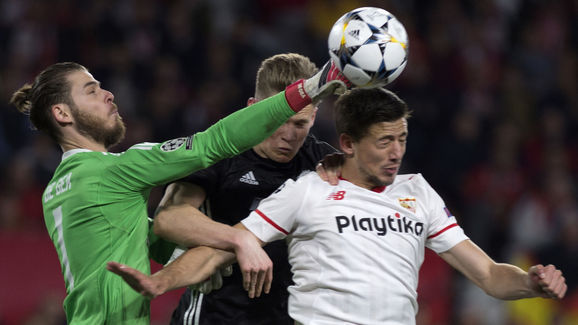 Mundo Deportivo reports that Barcelona have been put off by the price tags of other targets including Kalidou Koulibaly, Marquinhos and Matthijs de Ligt. Lenglet is now their chief target.

With Thomas Vermaelen injury prone and Yerry Mina likely to go out on loan next season, the addition of Lenglet would add much-needed depth to Barcelona’s defence.

His agent Gregory Dakad told Estadio Deportivo (quoted by Diario Sport) that Lenglet had received interest from other clubs but would not discuss it further until after the conclusion of the Spanish season.

“He still does not know what he is going to do or what he wants to do next summer,” said Dakad. “At the moment, Clement focuses on the end of the season.

“Of course, there are clubs that are interested in Lenglet. But first, he wants to finish the season well – he really likes the club and the city here.

“I can promise you that I do not know what he wants to do and I cannot say which clubs are interested, but in Spain and in other countries there are clubs that would like to meet us. At the moment, however, there is nothing decided.”

Liverpool and Manchester United have also been linked with Lenglet.