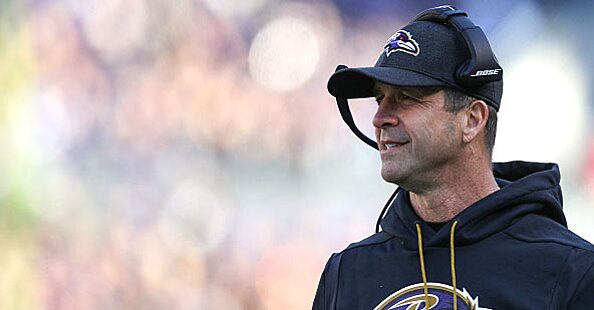 Harbaugh had one year remaining on his existing deal.

The Baltimore Ravens have signed head coach John Harbaugh to a four-year contract extension, the team announced on Thursday.

Currently the longest-tenured and winningest coach in Ravens history, Harbaugh had one year remaining on his existing agreement with the team. The new contract with the team will take Harbaugh through the 2022 season.

The 56-year-old coach officially signed the deal on Thursday after working at the Senior Bowl. No additional details about the four-year deal have been disclosed.

“I’m very excited with this contract, the opportunity to continue our work here, and I’m humbled by it,” Harbaugh said in a statement. “I am thankful for the support from the Ravens, especially Steve Bisciotti. We’re working hard to make the 2019 Ravens the best we can be. We have an excellent team foundation, and we have a great organization with smart, hard-working people.”

News of Harbaugh’s extension first came in late December despite speculation that he and the Ravens were parting ways.

Baltimore’s 2018 season had a rough start under Harbaugh. The team was 4–5 entering the bye week and was riding a three-game losing streak. Once Lamar Jackson took over under center, the Ravens won six of their last seven games and finished as AFC North champions with a record of 10–6.

The Ravens fell to the Los Angeles Chargers in the wild-card round of the playoffs.

Baltimore has made the playoffs seven times during Harbaugh’s 11-year tenure with the team and won Super Bowl XLVIII in 2013.