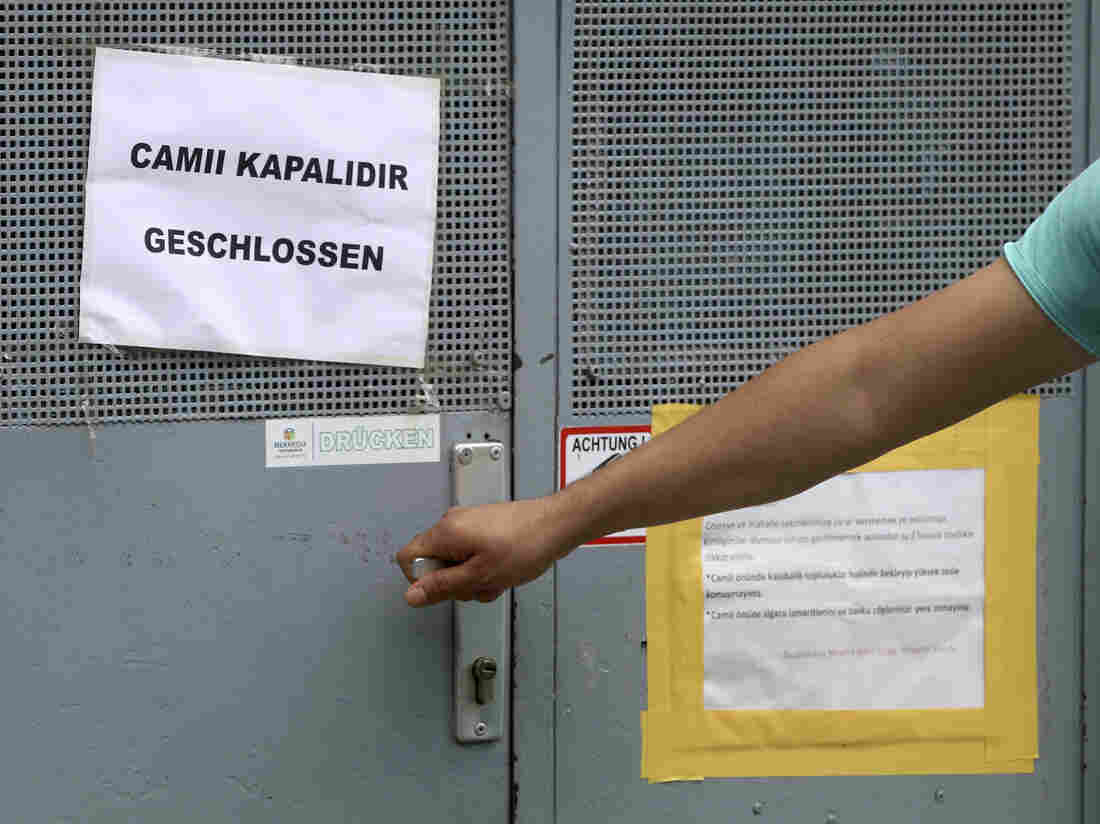 A person tries to open the door of a closed mosque in Vienna. The Austrian government said it’s closing seven mosques as part of a crackdown on foreign financing of religious groups. Ronald Zak/AP hide caption 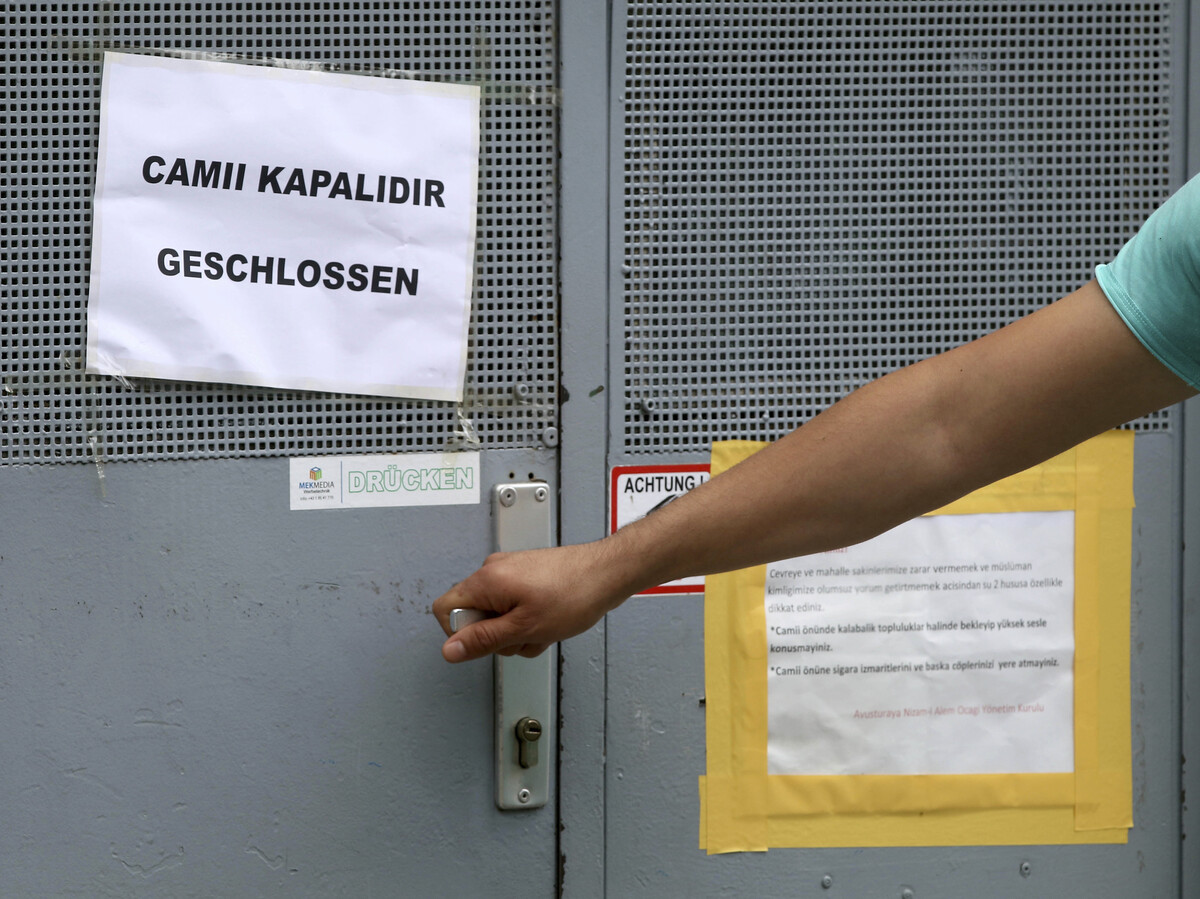 A person tries to open the door of a closed mosque in Vienna. The Austrian government said it’s closing seven mosques as part of a crackdown on foreign financing of religious groups.

Austrian Chancellor Sebastian Kurz announced Friday he will close seven mosques and review the visas of dozens of imams, because they may violate a 2015 law banning foreign funding of religious groups and institutions.

Kurz explained his government is enforcing that law.

“That never happened under my predecessors,” he wrote on Twitter. He said his administration will review the residence permits of 40 imams employed by ATIB, a union of Turkish-Islamic cultural organizations in Austria. Kurz added that his crackdown would prevent “the formation of #ParallelSocieties and will continue to do so when it comes to violations of the #IslamLaw.”

The Interior Minister Herbert Kickl said the permits of two imams were revoked and five more imams were denied first-time permits, according to the Associated Press.

A spokesman for ATIB acknowledged its imams were paid for by the Turkish Directorate of Religious Affairs, or Diyanet, the state’s religious authority, according to Reuters. Spokesman Yasar Ersoy added his organization was working on imams getting paid from funds within Austria.

A spokesman for Turkey’s government, Ibrahim Kalin, rebuked the move, saying it was “a reflection of the Islamophobic, racist and discriminatory wave” in Austria.

1/Austria’s decision to close seven mosques and expel imams is a reflection of the Islamophobic, racist and discriminatory wave in this country. It is an attempt to target Muslim communities for the sake of scoring cheap political points.

Austria has a population of 8.8 million, and is home to about 700,000 Muslim residents. Historically, many of them came from Turkey, but a wave of migration from Syria, Iraq and other Middle Eastern countries has added to the community. A study by the Austrian Academy of Sciences found that Muslims comprised 1 percent of the population in 1981 and about 8 percent in 2016. And in Vienna, as much as 14 percent of the city’s residents follow Islam.

Kurz was sworn in as chancellor in December. His Austrian People’s Party formed a coalition with the far-right Freedom Party of Austria, which has Nazi roots, and campaigned on a platform promising to curb asylum and immigration.

NPR’s Soraya Sarhaddi Nelson reported that Kurz once played a role in bringing Muslims and the government together when he was integration minister, but has since distanced himself from the community.

The U.S. State Department did not reply to an NPR request for comment on Austria’s announcement.

In nearby Germany, several leaders have called for the ouster of the recently-appointed U.S. Ambassador Richard Grenell, after he told Breitbart News in an interview that, “I absolutely want to empower other conservatives throughout Europe.” Grenell has also reportedly invited Kurz to dine at the U.S. Embassy in Berlin later this month.