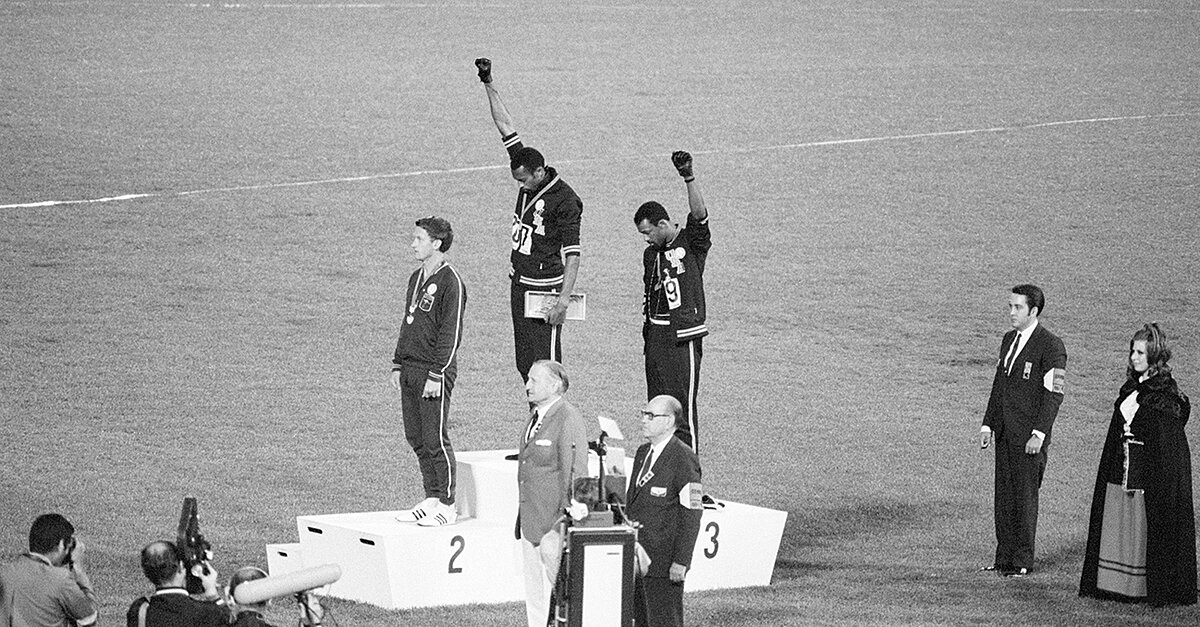 Peter Norman was posthumously given his country’s highest Olympic award Saturday for his “brave stand” 50 years ago.

SYDNEY (AP) — Peter Norman, the Australian sprinter who shared the podium with Americans Tommie Smith and John Carlos and backed their Black Power salutes at the 1968 Mexico City Games, was posthumously given his country’s highest Olympic award Saturday for his “brave stand” 50 years ago.

The Australian Olympic Committee bestowed its Order of Merit in belated recognition of Norman’s role in one of the most powerful human rights protests in sports.

“This is an overdue award there is no doubt,” AOC President John Coates said. “The respect for Peter and his actions is still enormous to this day.

“He believed in human rights throughout his life. We lost Peter in 2006 but we should never lose sight of his brave stand that day and further as a five-time national champion.”

Norman won the silver medal in the 200 meters at the Mexico City Games and his time of 20.06 seconds remains an Australian national record. Smith set a then-world record of 19.83 seconds to win the gold medal while Carlos took the bronze, but it was their civil rights protest at the medal presentation that linked all three men through the years.

Smith and Carlos mounted the podium shoeless, representing black poverty in the United States, with each wearing a single black glove. When the “The Star-Spangled Banner” played, they bowed their heads and raised their fists.

Norman, a white Australian physical education teacher, wore a human rights badge on his shirt in support of the two Americans. He also suggested the idea that Smith and Carlos each wear one glove because they had only one pair between them.

Smith and Carlos were expelled from the Olympics because of their protests and were subjected to death threats when they returned home.

Norman was never selected to represent Australia again, and his role in the protest was sometimes overlooked.

In 2005, a statue commemorating the protest was erected at San Jose State University, where Smith and Carlos were students. Norman’s place in the statue was left vacant, although the Australian said he fully supported the decision to be left out of the monument.

When Norman died in 2006, Smith and Carlos traveled to Australia and were pallbearers at his funeral.

“He was a lone soldier in Australia,” Carlos said at the time. “Many people in Australia didn’t particularly understand. Why would that young white fella go over and stand with those black individuals?”

“Peter never flinched, he never turned his eye or his head,” Carlos said. “When I looked into his eyes, I saw nothing but love.”

The AOC has always denied punishing Norman, although the Australian federal government apologized to him in 2012 for failing to send him to the 1972 Munich Olympics even though he had qualified.

“I’m absolutely certain from all the history I’ve read that we didn’t do the wrong thing by him,” Coates said. “But I absolutely think we’ve been negligent in not recognizing the role he played back then.”

The AOC, during its annual general meeting, also awarded Orders of Merit to four Olympians on Saturday — runners Cathy Freeman and Raelene Boyle and swimmers Shane Gould and Ian Thorpe.