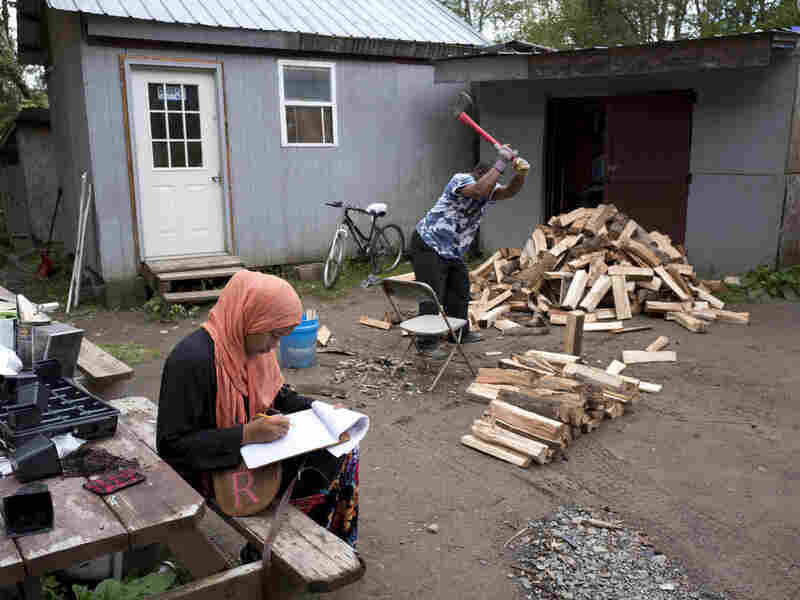 Seen in 2017, a girl studies for school while a man chops wood in the Muslim enclave of Islamberg in Tompkins, N.Y. Four people have been arrested in an alleged plot to attack the community. Mark Lennihan/AP hide caption 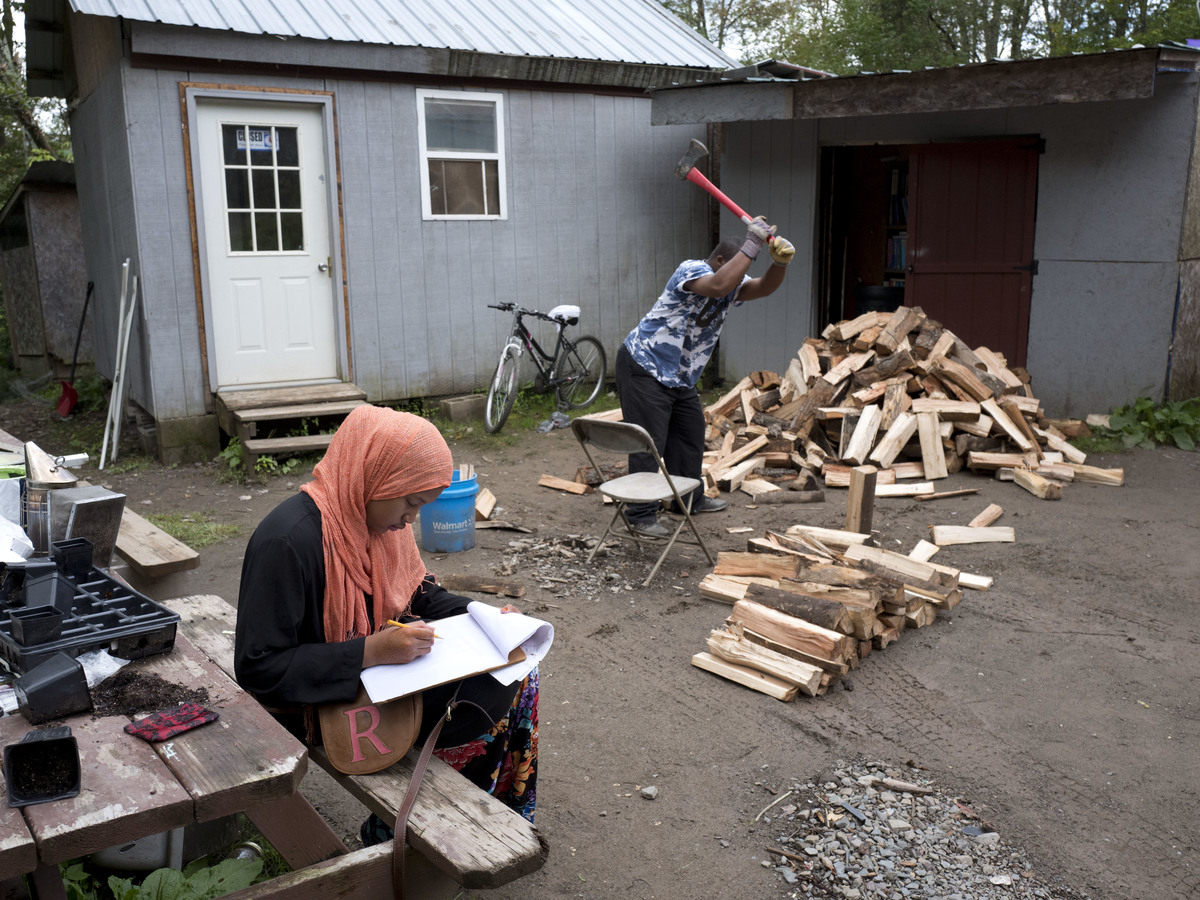 Seen in 2017, a girl studies for school while a man chops wood in the Muslim enclave of Islamberg in Tompkins, N.Y. Four people have been arrested in an alleged plot to attack the community.

Police in upstate New York have arrested three men and a 16-year-old boy on weapons and conspiracy charges. They allegedly plotted a bomb attack against an Islamic community. At a press conference Tuesday, police chief Patrick Phelan from Greece, N.Y., a suburb outside Rochester, said the suspects assembled an arsenal including more than 20 firearms and three improvised explosive devices.

Phelan declined to talk about the motive for the attack, citing the ongoing investigation.

Islamberg lies in a rural area a three-hour drive from Rochester. It was settled by Muslim families in the 1980s and about 200 people live there. Local authorities and neighbors say the community is peaceful, a long-established part of the region’s culture.

In recent years Islamberg has become the target of suspicion and conspiracy theories among right-wing groups and conservative media, including the Alex Jones program Infowars. One broadcast on Fox News suggested that people in the Islamic “compound” were “stockpiling guns” in response to the election of President Trump.

In 2017 a Tennessee man was sent to federal prison for nearly 20 years after plotting to burn down Islamberg’s mosque and school. At the time, then-Attorney General Jeff Sessions described the plot as an attack on religious freedom. “People of all faiths have the fundamental right to worship freely, and this administration will not tolerate attempts to violate that right,” Sessions said.

State police and the FBI have regularly debunked claims that Islamberg poses a danger to the wider community. Still, anti-Muslim activists regularly hold protests nearby. Lisa Joseph, a conservative activist from Syracuse joined a rally in 2017 and told NPR that she would “not tolerate ISIS training camps, militant-style training camps, radicalized training camps” in upstate New York.

Authorities say this latest alleged plot against Islamberg involved young men. The oldest was 20 and two of the suspects are still in high school. It was uncovered after the 16-year-old who’s been arrested talked to friends in the lunchroom at his school. Police chief Patrick Phelan says another high school student then raised the alarm.

“The kid who initially said something to an adult saved people’s lives,” Phelan told reporters at the Tuesday press conference. “We tell kids this all the time, we say if you see something say something, you gotta report anything suspicious. The lesson is that it works and as a result nobody’s dead.”

A spokesman for the Islamberg community couldn’t be reached for comment by NPR. The FBI, New York state police and other agencies say they’re still investigating, including a review of the suspects’ phones and computers. More arrests are possible.