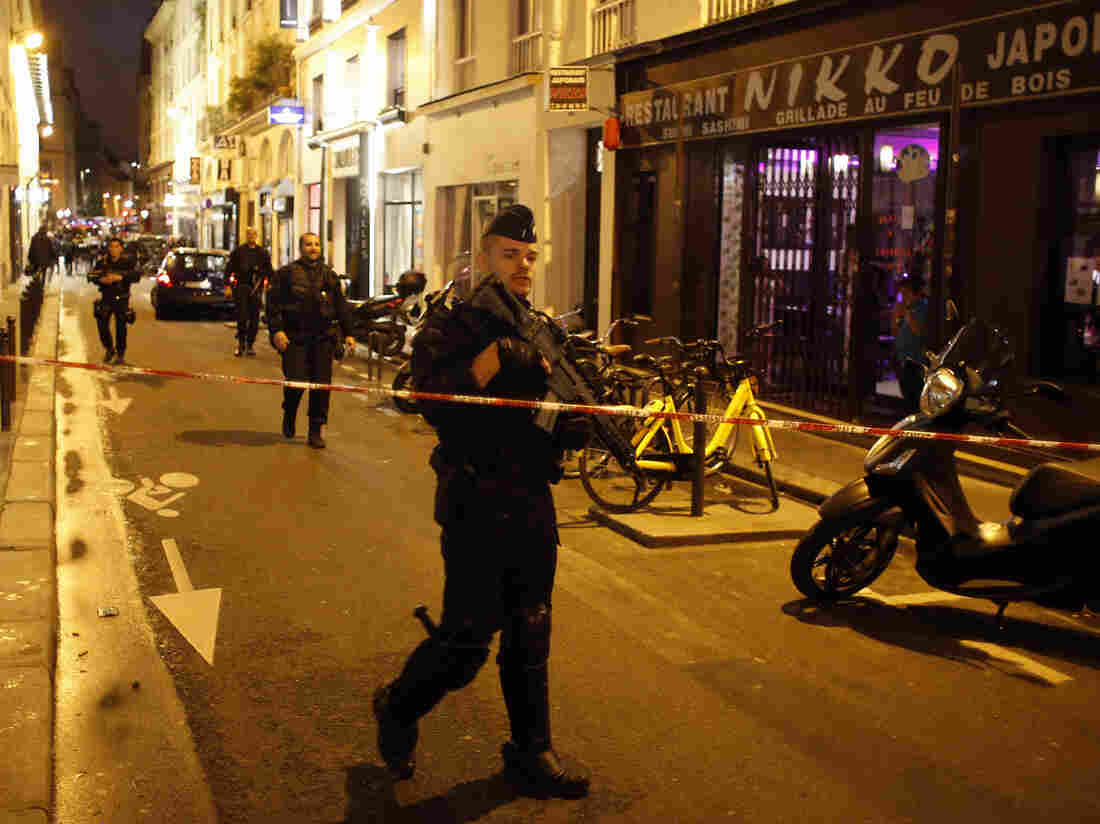 A police officer cordons off the area after a knife attack in central Paris on Saturday. The Paris police said the attacker was stopped by officers. Thibault Camus/AP hide caption 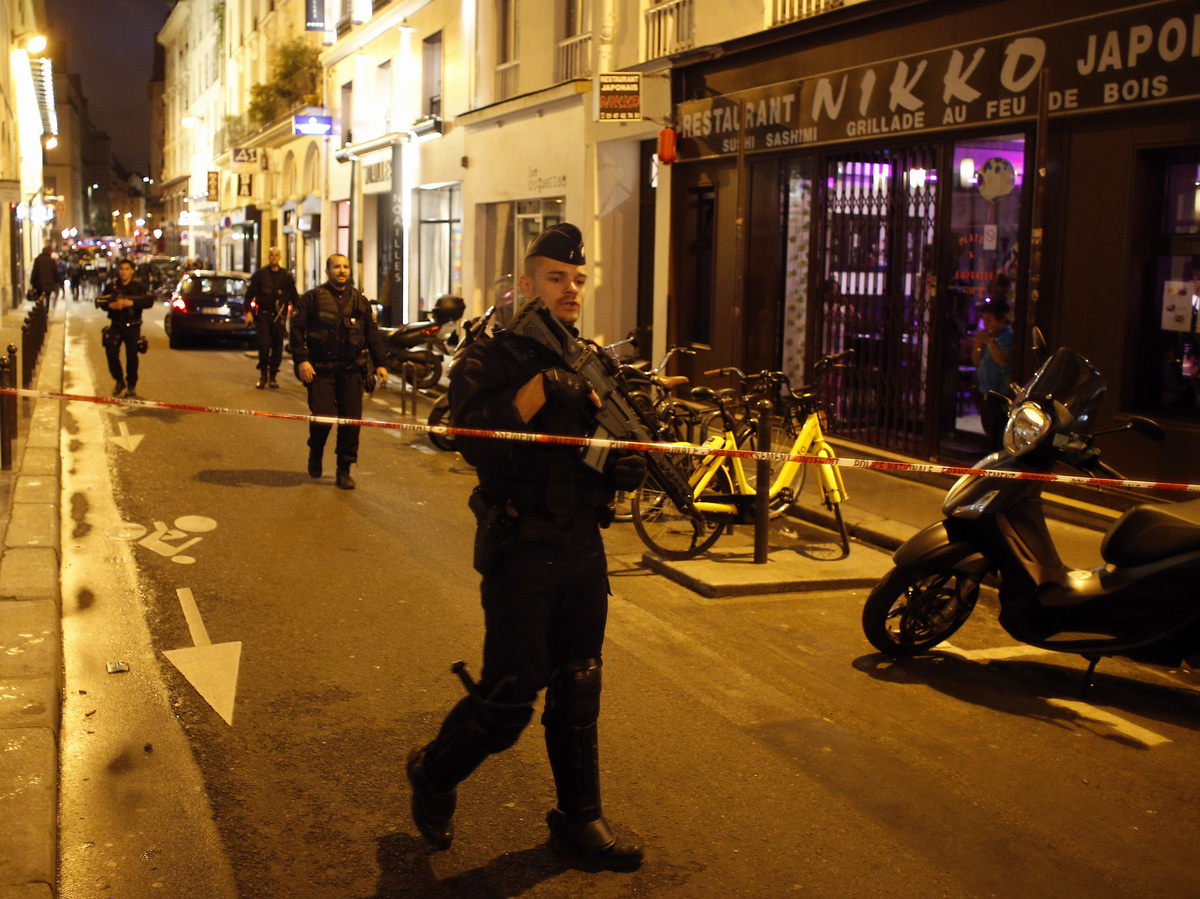 A police officer cordons off the area after a knife attack in central Paris on Saturday. The Paris police said the attacker was stopped by officers.

In what is being investigated as a terrorism incident, a man wielding a knife attacked five people, killing at least one and injuring four others, two seriously.

NPR’s Eleanor Beardsley reports that the assailant was shot dead by police. The attack occurred in central Paris, near the Opera Garnier.

The Paris prosecutor says that the attacker yelled “Allahu akbar,” the Arabic phrase for “God is great,” and that the attack is being investigated as an Islamist terrorism incident.

1) I came out of a comedy show near Opera in central Paris and was immediately told to go back in because there was a madman with a knife. Once back inside we heard sirens and 2 gun shots. I then spoke to eyewitnesses who told me a man stabbed multilple people at random. pic.twitter.com/xvTmAv0ckb

France has been on high alert over the last three years because of a string of terrorist attacks that have been commissioned or inspired by the Islamic State.

French Interior Minister Gerard Collomb praised the work of police and is urging people to be careful about spreading fake news, tweeting: “Please do not share misinformation. Please only share information coming from a trusted source.”

In response to the stabbings, President Emmanuel Macron says France will not cede to “enemies of freedom,” reports The Associated Press.