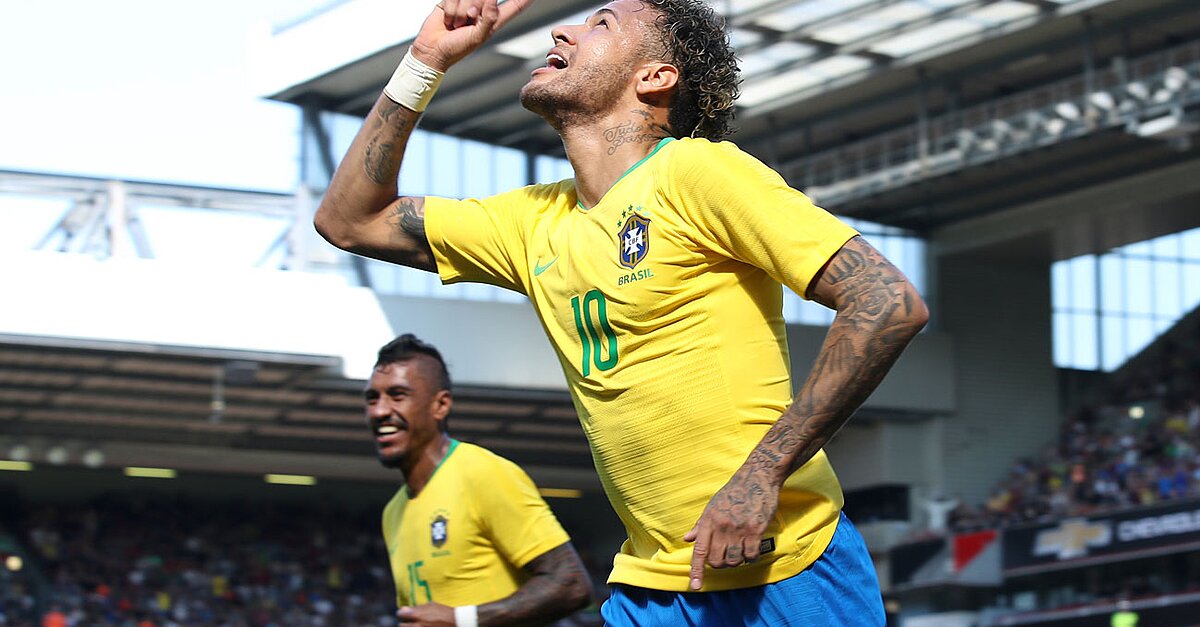 For a while, all the stories about Brazil heading into this World Cup were positive. After a difficult start to qualifying and an embarrassing group-stage exit from the Copa America Centenario in 2016, Dunga had been dismissed as coach and Tite had arrived to drag Brazilian football–at long last–into modernity. Brazil qualified in some style, topping the CONMEBOL table by 10 points and was rightly installed among the favorites for Russia. Tite seemed to have worked out the best way to use Neymar, though with Neymar nothing is ever straightforward.

But the closer the tournament draws, the more doubts seem to sprout. To begin with, there is the injury to Dani Alves. There is no position in which Brazil was quite so vulnerable as right back, and his absence is a major blow. Fagner, the 28-year-old Corinthians fullback, looks like the man most likely to take over, but he was forced off seven minutes into his last league game, on April 23. There’s no suggestion he is anything other than fully fit, but with just four caps he is inexperienced, and there will always be questions about a player whose two attempts to make it in Europe both ended in disappointment. He managed three substitute appearances for PSV in 2007-08 and although he did start 24 league games for Wolfsburg in 2012-13, he was soon loaned back to Vasco da Gama.

After Fagner, the only option at right back is Danilo, a player who has carved out a recent career as a useful backup at Real Madrid and Manchester City, without ever convincing anybody he should be starting regularly for an elite side. He started Sunday’s 2-0 win over Croatia.

But the far bigger question revolves around Neymar. He came off the bench with half an hour remaining of Sunday’s friendly and had an almost immediate impact, scoring Brazil’s first goal nine minutes later. He had not played since breaking a bone in his foot in February, and it seems significant that towards the end of last week, he was not part of the first team in training. Perhaps it would be wrong to read too much into that–after all Thiago Silva was used in central defense instead of Marquinhos–but it was at least intriguing that Neymar, while insisting his football was fine, said he felt fatigued at the end of his first week of training with the Brazil squad.

Perhaps that isn’t too surprising after a three-month layoff, but it does raise the question of what exactly he has been doing in that time if it is not keeping fit. When Neymar fractured a vertebra against Colombia at the last World Cup, he seemed the most level-headed man in Brazil. As the rest of the country descended into hysteria, which was a major contributory factor in the 7-1 defeat to Germany in the semifinal, he gave an extremely calm interview, accepting his misfortune and urging the world to move on.

But this last season in Paris has spoken of an immaturity. Almost every week, it has felt, El Pais has run another story from journalist Diego Torres outlining another instance of the way Neymar is given special privileges. He trains when he wants. He is under no compunction to take any defensive responsibility. The club, having broken the world transfer record to land him, has yielded to his every whim, so the stories go. At least for Unai Emery, he became unmanageable. Neymar was not merely gifted a three-day birthday party (he is 26), but he insisted Emery cut the cake, a calculated humiliation.

One of Tite’s achievements in qualifying was to diminish Brazil’s dependence on Neymar, which in turn had been one of the main tactical failings of Dunga and Luiz Felipe Scolari before him. When a squad featured Philippe Coutinho, Gabriel Jesus, Roberto Firmino, Willian and Taison, there is no excuse for the sort of one-dimensional approach that characterized Brazil at the last two Copa Americas and in the 2014 World Cup.

The problem he may face, though, is that over this past season, Neymar has been used to playing for a club that has not merely been dependent on him, but has subjugated itself to him. How will he adjust to not being the undisputed king? Form is not something to be turned on and off like a tap. Neymar indulged himself with PSG this season on and off the pitch. That was enough to dominate the French league, but the dangers of such an approach were exposed as soon as PSG met high-quality opposition in the Champions League. The latter stages of the World Cup are likely to be similarly demanding.

Fitness is part of that. Perhaps Neymar is gifted enough for it to be worth Tite playing him even if he is not fully fit, but judging just how fit he has to be to play is complicated by his status. And behind it all is the nagging thought that if only Neymar had been a little more professional this season, none of this would be such an issue.