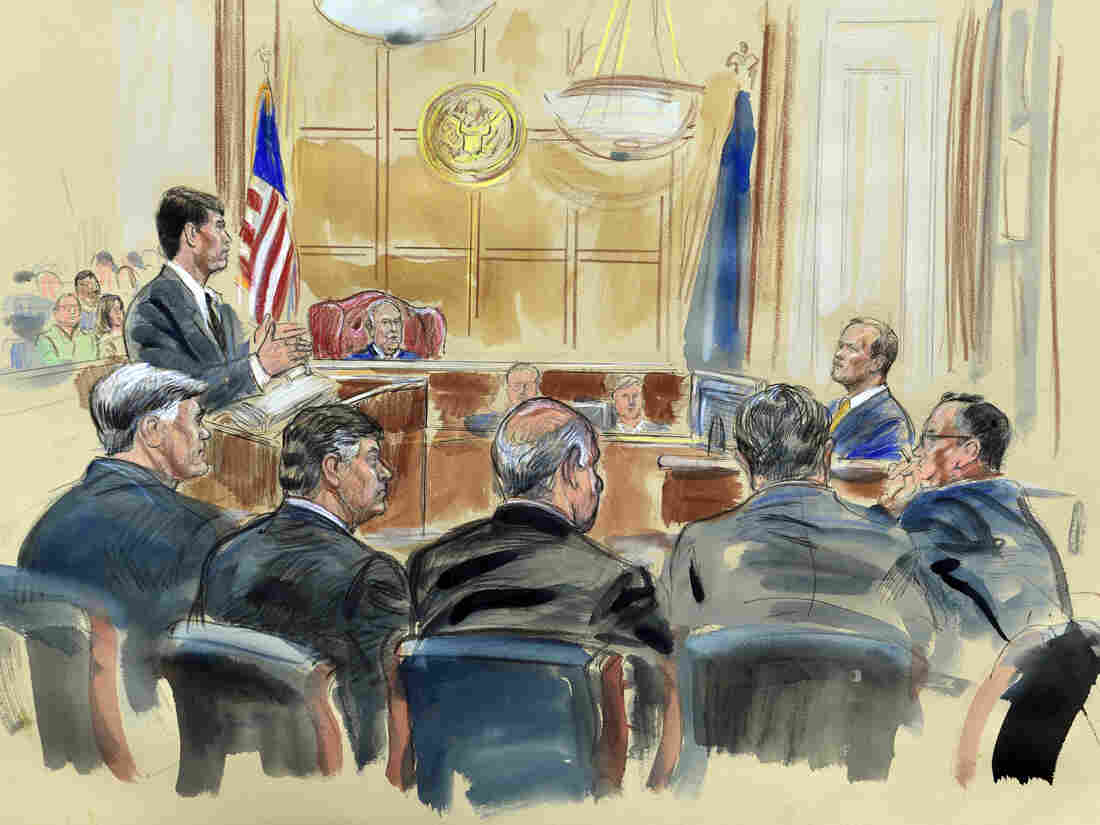 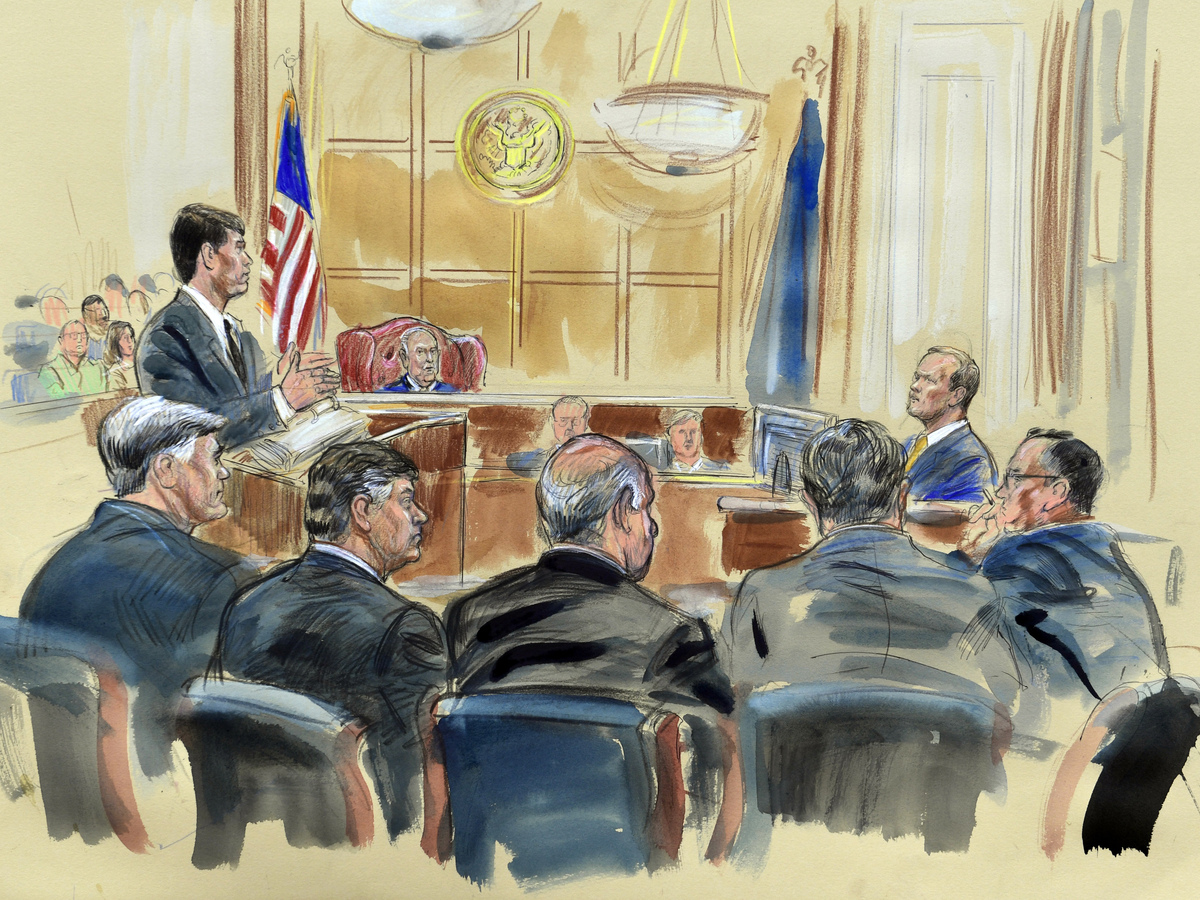 This courtroom sketch depicts Rick Gates, right, answering questions by prosecutor Greg Andres as he testifies in the trial of Paul Manafort in Alexandria, Va.

The marquee witness of Paul Manafort’s trial has arrived and he’s expected to get another day in the spotlight on Tuesday.

Rick Gates, Manafort’s former business partner and right-hand man, appears set to undergo a brutal cross-examination by defense attorneys who are keen on damaging his credibility.

Gates took the stand late in the day Monday, drawing gasps from the courtroom in Alexandria, Va., when his name was announced as the next witness. He pleaded guilty earlier this year to conspiracy and other charges as part of an agreement to cooperate with federal prosecutors.

On the witness stand Monday, Gates spoke about how he broke the law with Manafort, including by providing false and doctored documents to banks in an effort to inflate Manafort’s income to qualify him for loans.

Gates also said he lied to accountants working on Manafort’s taxes, to conceal foreign bank accounts that prosecutors say Manafort used to hide tens of millions of dollars from the IRS.

“At Mr. Manafort’s request, at different points in the year, we did not disclose the foreign bank accounts,” Gates said.

Prosecutors say Manafort did lucrative political consulting work in Ukraine, and then kept much of the money he made in offshore accounts and companies. He would then use overseas wire transfers to buy luxury items like custom suits and Land Rovers and avoid paying taxes.

When his consulting work dried up after the change of power in Ukraine, prosecutors say Manafort turned to using loans. The government’s lawyers say he qualified for them by lying to sustain an expensive lifestyle. Manafort is charged with 18 counts of tax and bank fraud.

Gates spent much of his testimony Monday corroborating that version of events, but on Tuesday, Manafort’s defense team will get a chance to paint a different picture.

In the telling of Manafort’s legal team, any problems with his financial paperwork were either mistakes or the fault of Gates, who they say was stealing from Manafort and is now cooperating with investigators to cover his tracks.

In his plea deal, Gates admitted to lying to investigators a number of times, and on Monday he admitted to embezzling hundreds of thousands of dollars from Manafort’s company, in the form of falsified expense reports.

“Rick Gates had his hand in the cookie jar, and he couldn’t take the risk that his boss might find out,” Manafort defense attorney Thomas Zehnle said in his opening statement last week.

Prosecutors have sought to undercut this argument by repeatedly asking witnesses who dealt with Manafort and Gates about the dynamics of their relationship, trying to underscore that Manafort was the supervisor.

NPR’s Carrie Johnson and Ryan Lucas contributed to this report.