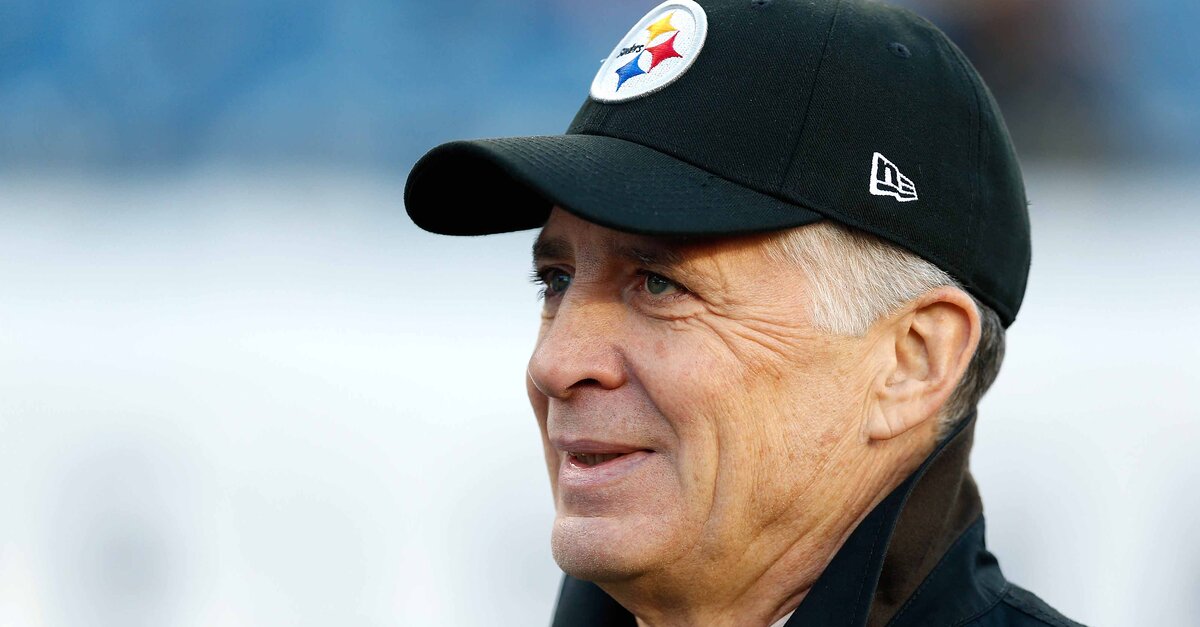 The Steelers owner responds to the NFL’s new policy on players showing respect during the anthem.

NFL owners voted on a new policy regarding the national anthem debate, but Steelers owner Art Rooney has his own opinion on the matter.

The new rule removes a requirement for players to be on the field for the anthem, giving players the option to stay in the locker room. Teams will be fined for any personnel that “do not show proper respect for the flag and Anthem” on the sidelines.

While “respect” has not been clearly defined by the league, Rooney thinks players raising a fist or linking arms during the anthem “would constitute disrespect,” according to Dave Birkett of the Detroit Free Press.

The new policy released on Wednesday states: “All team and league personnel on the field shall stand and show respect for the flag and the Anthem. The Game Operations Manual will be revised to remove the requirement that all players be on the field for the Anthem. Personnel who choose not to stand for the Anthem may stay in the locker room or in a similar location off the field until after the Anthem has been performed.”