Arsenal are set to join Borussia Dortmund in the race to land in-demand Nice manager Lucien Favre this summer.

Several names have circulated across international media as Arsenal hunt for the perfect candidate to replace Arsène Wenger, who recently announced that he will step down at the end of the season. Candidates as varied as Luis Enrique, Patrick Vieira and Zeljko Buvac have all been linked with the soon-to-be vacant position.

Now, German magazine SportBild claim that Arsenal could challenge Dortmund for 60-year-old Favre, who has previously had spells in charge of Hertha BSC and Borussia Mönchengladbach.

While Dortmund are determined to get their man, after the unfruitful appointments of Peter Bosz and current boss Peter Stöger, the Gunners could provide stiff competition for one reason: their head of recruitment Sven Mislintat, who is a keen admirer of the Swiss boss.

The Telegraph report that the former Dortmund recruitment chief will be heavily involved in the process of hiring the new Arsenal manager and could opt for Favre, who has a comparatively low release clause at Nice of between €3-5m. 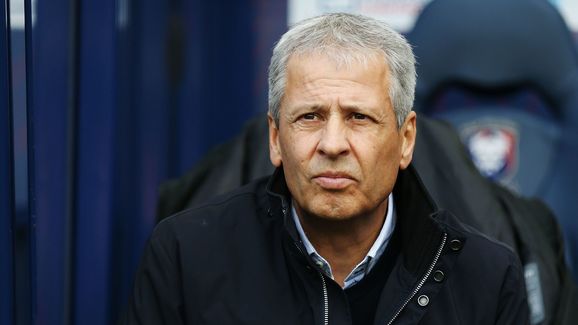 However, despite Arsenal’s interest, SportBild remain confident that Dortmund have already got their man and that preliminary talks between BVB and Favre have already taken place.

Should Arsenal miss the boat on Favre, the Telegraph names several others managers who are in the running for the job, with Mikel Arteta, Julian Nagelsmann, Domenico Tedesco, Leonardo Jardim and Brendan Rodgers all mentioned alongside the already established candidates.