According to the Daily Mail, the Frenchman is set to meet senior representatives of the club on Monday to present his credentials.

It is believed that Henry is only interested in the top job and does not wish to join Arteta’s backroom staff. 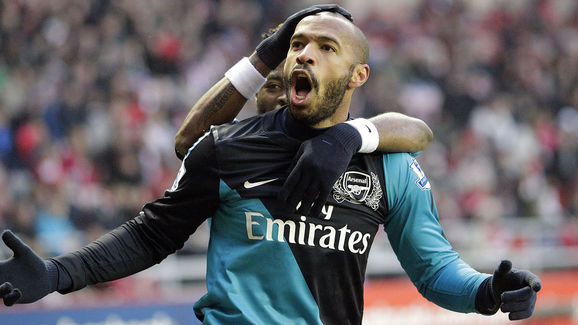 Despite Henry’s legendary status at the Emirates as the club’s all-time record goalscorer with 228 goals, it seems unlikely that he will be able to persuade the club’s hierarchy to change their minds about Arteta, who is already in advanced talks with the club, and it would be a huge shock if the Spaniard were not now confirmed as Arsenal’s new manager.

Both Henry and Arteta recently completed their UEFA Pro coaching qualifications. However, unlike Henry, Arteta has a proven record of success at club level with Manchester City, where he has been Pep Guardiola’s assistant for the last two seasons, winning this season’s Premier League title at a canter.

Henry has been Roberto Martinez’s assistant manager with the Belgium national team since 2016. The Belgians qualified for this summer’s FIFA World Cup with relative ease, but Henry has never coached or managed a club.

As well as reportedly being favoured by the Gunners’ chief executive Ivan Gazidis and director Josh Kroenke, Arteta was also backed by outgoing manager Arsène Wenger, whose 22-year reign included two Premier League and FA Cup doubles and an unbeaten league season in 2004.

Nevertheless, the Arsenal hierarchy seem to be keen to explore every possible option. According to the Mail, they have also spoken to another former Arsenal legend, current New York City FC manager Patrick Vieira.