Arsenal legend Robert Pires has spoken out about the prospect of his former club signing Manchester United’s Belgian midfielder Marouane Fellaini, and believes that his addition would be beneficial to the Gunners.

Fellaini is out of contract this summer and looks set to leave Old Trafford, despite Jose Mourinho regularly looking to the 6′3″ Belgian as a plan B off the bench for Manchester United last season.

And it is the strength that Fellaini offers in the air that has peaked the interest of Unai Emery, with Fellaini offering an alternative midfield option to Arsenal’s more technical stars.

When asked on Sky Sports (via Metro) whether the midfielder would be a good signing for the Gunners, Pires said: “Yeah, why not?

“Everybody knows Marouane Fellaini in the Premier League. Of course last season it was very, very difficult, the relation with Jose Mourinho.

“But I think he’s a good player, if he wants to join Arsenal I think it would be good news.

“He needs a new start and I think, with his quality, I think he can help Unai Emery and he can help the Arsenal players in the squad.”

Unai Emery has already started the rebuilding process for next season. A deal for Dortmund defender Sokratis Papastathopoulos is reportedly nearing completion, while the Gunners are also said to have completed a deal for Paris Saint-Germain youngster Yacine Adli. 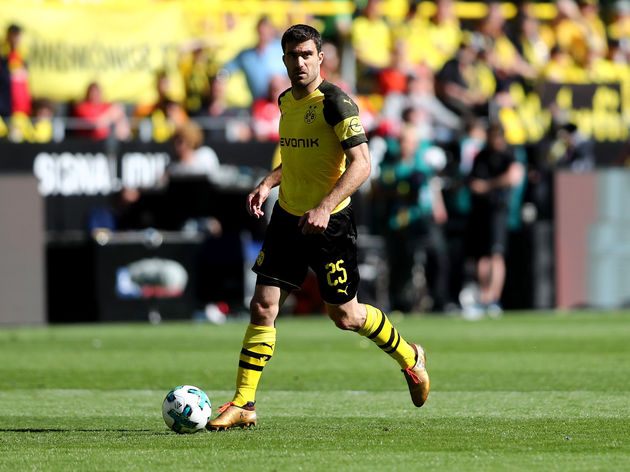 Adil is a player that Pires knows well and the Frenchman is confident that the youngster can thrive under Unai Emery.

“He’s a talented player. I know him,” Pires said.

“He has very good quality, he’s very fast with the ball. Sometimes he can score. I know Emery likes this type of player. I don’t know what’s happening but if he joined Arsenal, I think he would be a good player for the new squad.”

Arsenal are set to have a very busy transfer window this summer, as new manager Unai Emery looks to vastly improve the Gunners’ fortunes in his first season in charge. Additions of Fellaini and Adil mark a different type of midfielder to what Arsene Wenger typically attracted, and Arsenal fans will be excited to see their team play with an entirely new philosophy next season.