Arsenal are set to be involved in a three horse race to sign Porto full back and Mexico international Miguel Layun.

Mundo Deportivo claim that the Gunners, who have already signed Stephan Lichtsteiner and Bernd Leno this summer, are joined by both Atletico Madrid and AC Milan as potential suitors for Layun.

Layun has impressed for Mexico at the World Cup in Russia and had an equally strong campaign on loan for Sevilla, helping them to a seventh-place finish in La Liga last season.

The Spanish club have an option to sign the player, who also plays as a winger, for £5m although it is understood that they haven’t exercised this clause yet, potentially leaving the door open for another club to sign Layun.

In an interview with broadcaster Cadena SER last month, Layun spoke about his future after he was asked about a potential move to Arsenal.

He said: “I think if they had the intention [to sign me] they would have already communicated with me and with my agent.

“In a tournament like the World Cup I’m totally focused on what I want to achieve here, but of course there is always that issue of not knowing what will be of my future.”

Layun has been essential for Mexico in the group stages of the World Cup. He is being utilised at right wing for his international side, using his experience to track back and help the defence, providing cover for the back three. 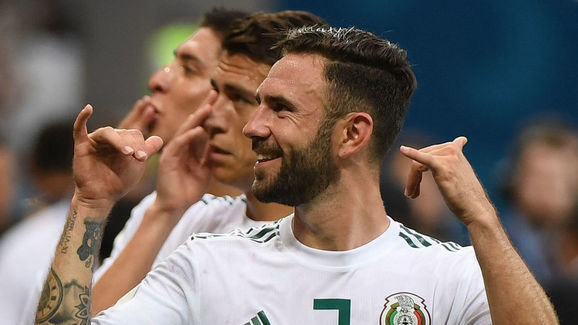 He has made 66 caps for Mexico and will be key to a side looking to progress beyond the last 16 of the World Cup.