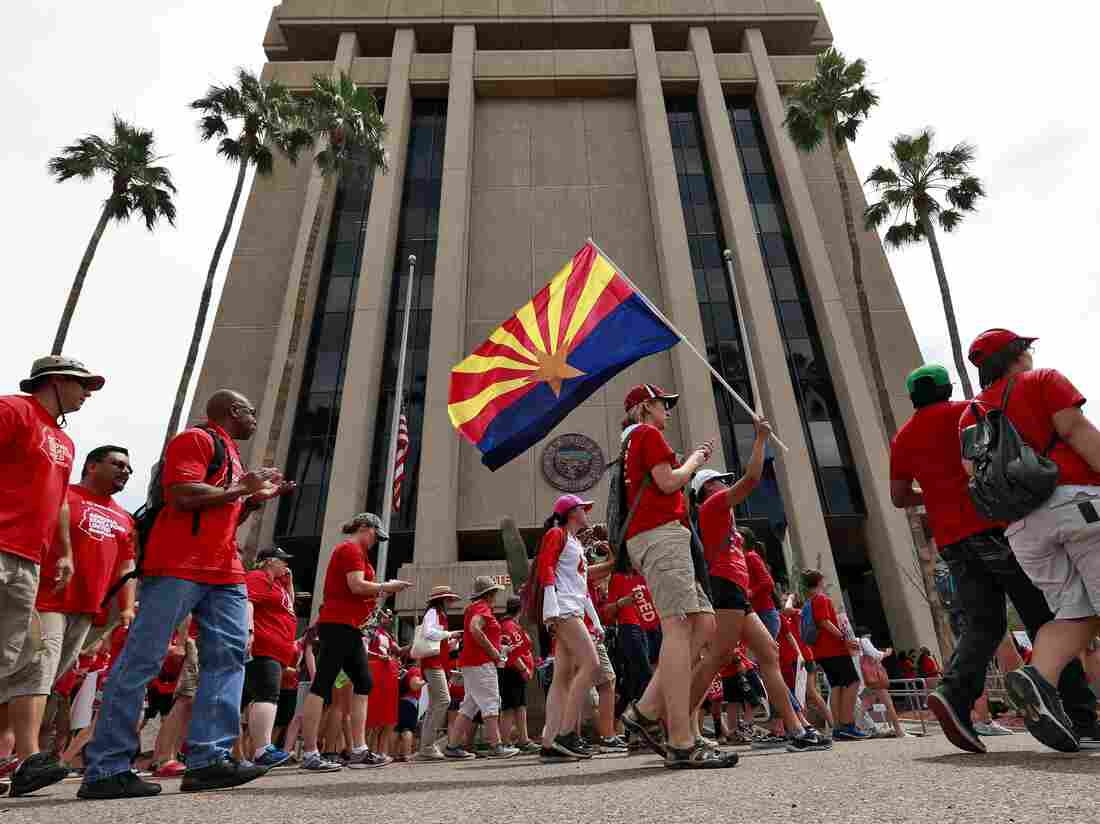 Teachers rally outside Arizona Gov. Doug Ducey’s executive tower in Phoenix on Monday, their third day of walkouts. On Wednesday, the educators opened the possibility of ending the walkouts on Thursday, one week after they began. Matt York/AP hide caption 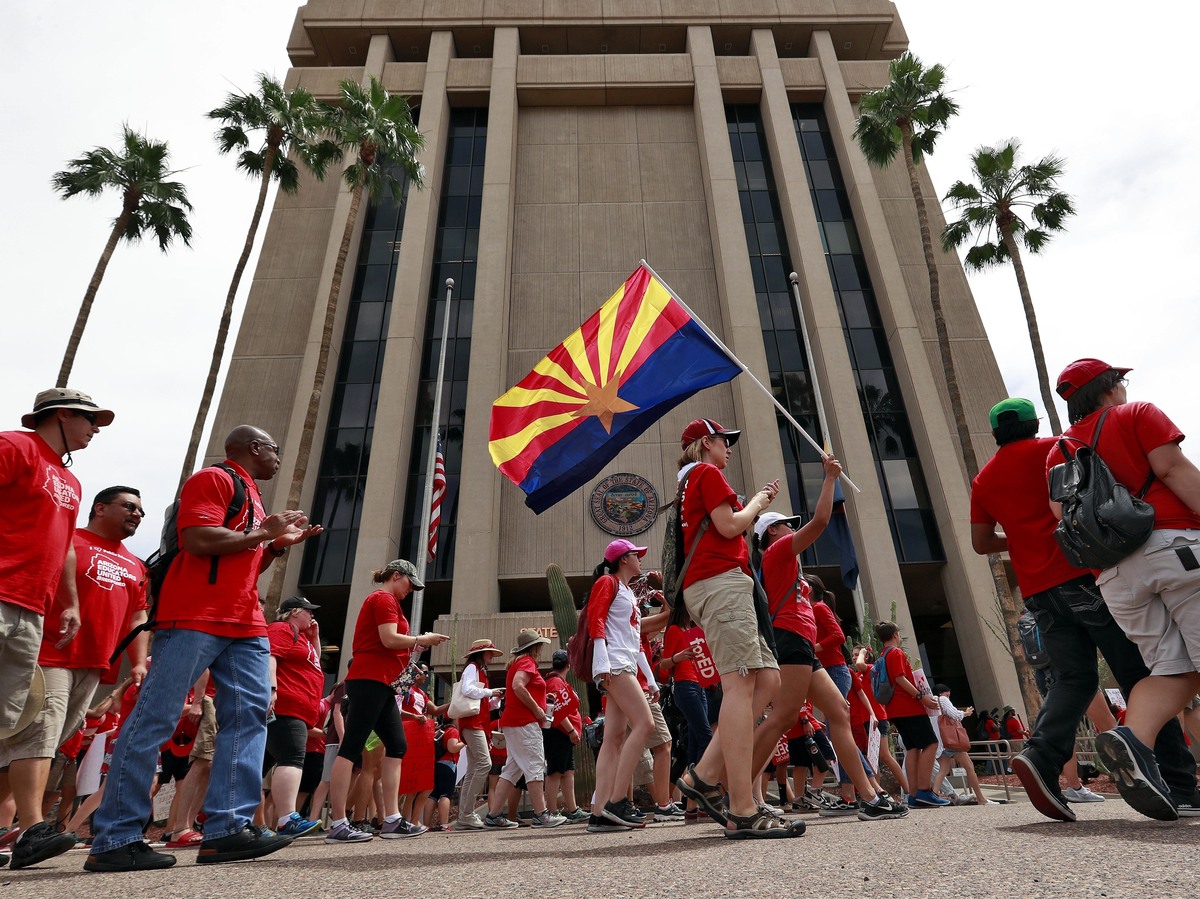 Teachers rally outside Arizona Gov. Doug Ducey’s executive tower in Phoenix on Monday, their third day of walkouts. On Wednesday, the educators opened the possibility of ending the walkouts on Thursday, one week after they began.

For a few hours Wednesday, it appeared that the end to Arizona’s massive teacher walkout was finally at hand. Protest leaders announced earlier this week they would accept a pay hike that they once dismissed as unsustainable — and Gov. Doug Ducey, the man behind the increase, stood ready to sign it.

All that remained, it seemed, was for the state’s Legislature to pass the budget which includes the measure for a teacher pay increase. Several school districts have been so confident in a resolution that they announced they’d be re-opening their doors Thursday.

But things didn’t go quite as quickly as planned.

As Wednesday afternoon threatened to drift into evening, lawmakers were still debating the budget, while teachers and parents grew increasingly anxious — until, at last, Arizona Educators United made the call for them: In a video statement posted to its Facebook page, the grass-roots group that has helped lead the walkout encouraged teachers to keep protesting for a sixth school day Thursday.

“We need to have everybody here at the Capitol until the budget is passed,” AEU organizer Dylan Wegela said. “That is what we said yesterday, and that is the sentiment that we are getting from the people who are here.”

For nearly a week, educators have exchanged blackboards for poster board, descending on the Capitol in Phoenix with signs and chants expressing their frustration. Among their demands is a 20 percent pay raise for teachers and certified school staff, smaller class sizes, and efforts to bring teacher salaries in Arizona in line with the national average. As it stands, the average yearly salary in the state is roughly $12,000 less than the national average.

Ducey agreed to one of those demands — that 20 percent pay bump, which he proposed implementing by 2020 — though several organizations feared that, without further increases, the raise would merely mean cuts in other areas of school funding.

Still, less than 24 hours ago, a rapprochement seemed at hand.

Leaders with AEU and the state’s teacher union, the Arizona Education Association, said Tuesday they were ready to accept the budget and head back to school — even if they were not particularly satisfied with it.

“Our fight is not over. We have options,” Rebecca Garelli of AEU said at a news conference. “But it is time for us to get back to our students and get back into our classrooms.”

As budget negotiations stretched on Wednesday, however, several school districts walked back the hopeful announcements they had released earlier in the day. The Arizona Republic reports that as of this writing, 11 districts had announced they would be canceling classes Thursday.

In the meantime, state lawmakers say budget talks are progressing.

“We are presently putting the final touches on the budget,” J.D. Mesnard, speaker of the state House, tweeted Wednesday. “The House intends to pass the budget, including #20×2020 teacher pay package, today/tonight.”