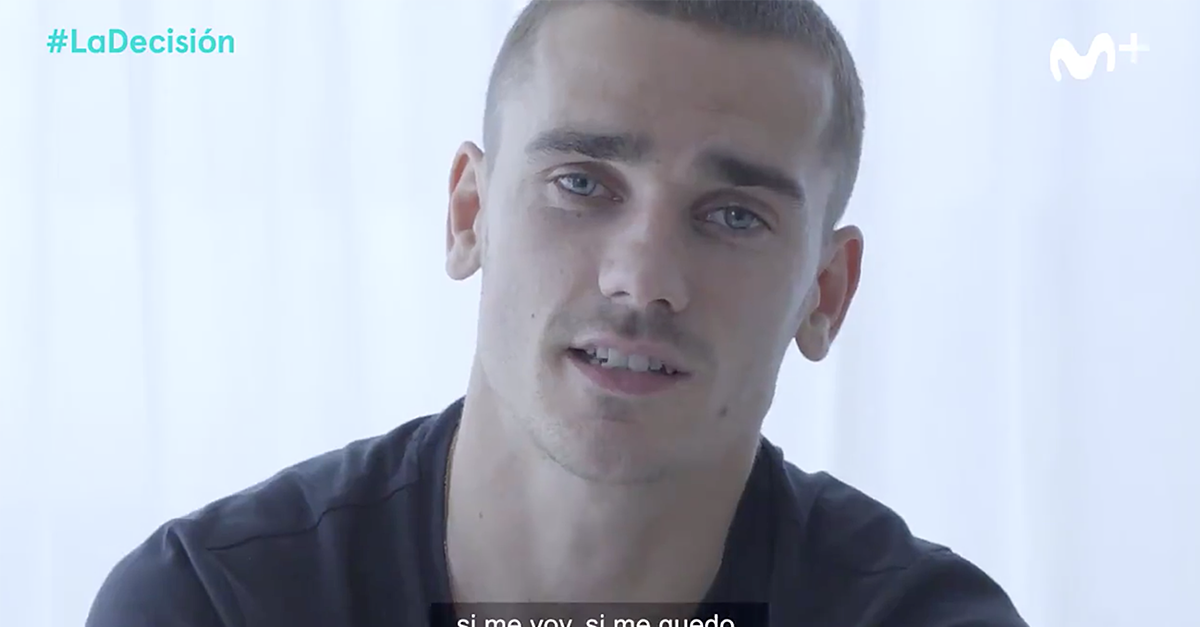 Antoine Griezmann is making like LeBron James and plans to reveal his club future on a Spanish TV program called “The Decision.”

Antoine Griezmann will make a decision on his club future–likely whether he will stay at Atletico Madrid or transfer to Barcelona–in a Spanish television special Thursday called “The Decision.”

The 27-year-old Frenchman said he would let everyone know ahead of France’s World Cup opener where he’ll be playing on the club level next season.

The show is reminiscent of highly scrutinized LeBron James’s 2010 decision. Eight years ago, James announced he was signing with the Miami Heat over the Cleveland Cavaliers in a television special called “The Decision” on ESPN.

Griezmann teased the decision with a clip promoting the special.

“You’re fed up with all the talk — am I going, am I staying, how much they will pay me, how much they won’t pay me,” Griezmann said in the trailer. “But the truth is what I am going to say now…”

Griezmann called a press conference Tuesday, which many thought would be the end of his months-long decision. But all he said was that his mind was made up, and that he is O.K. with the public speculating what his choice is.