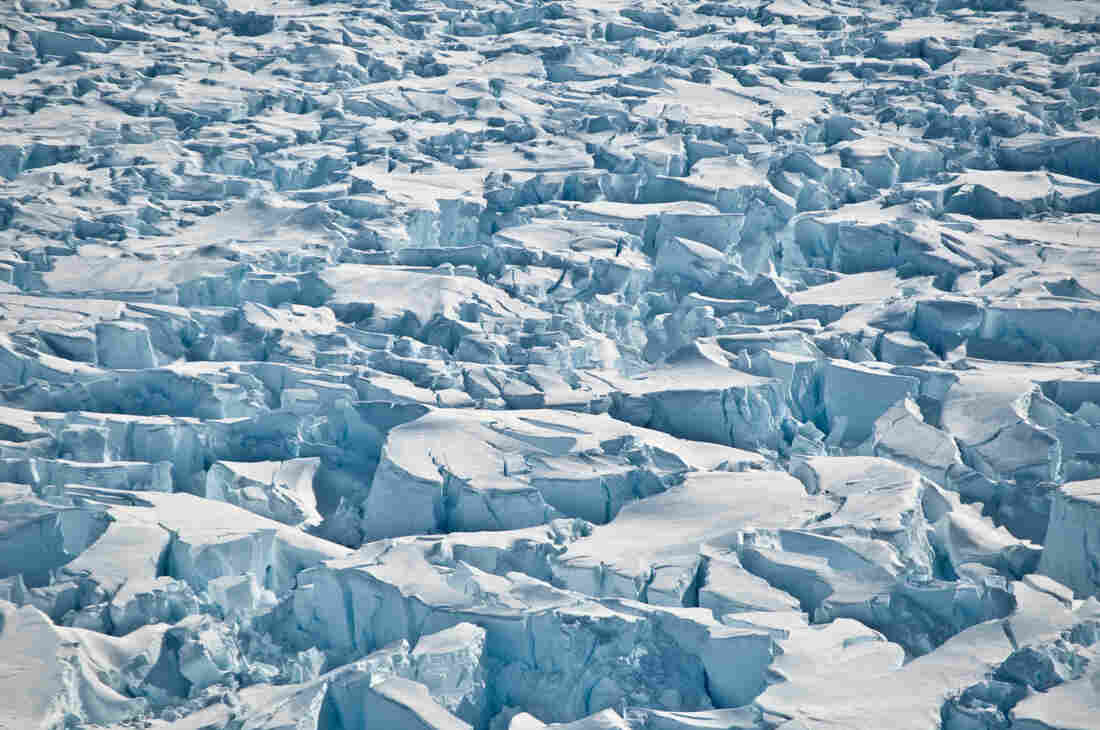 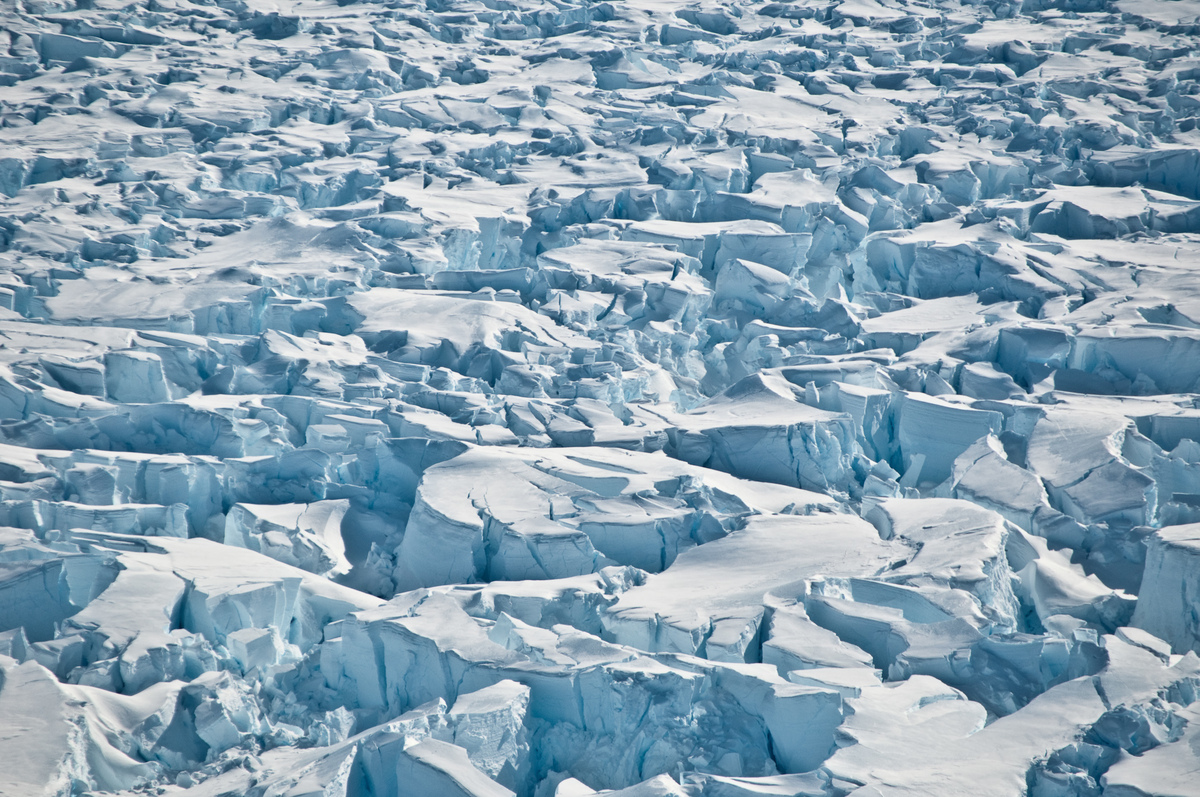 Scientists have completed the most exhaustive assessment of changes in Antarctica’s ice sheet to date. And they found that it’s melting faster than they thought.

Ice losses totaling 3 trillion tonnes (or more than 3.3 trillion tons) since 1992 have caused global sea levels to rise by 7.6 mm, nearly one third of an inch, according to a study published in Nature on Wednesday.

Before 2010, Antarctica was contributing a relatively small proportion of the melting that is causing global sea levels to rise, says study co-leader Andrew Shepherd of the University of Leeds.

But that has changed. “Since around 2010, 2012, we can see that there’s been a sharp increase in the rate of ice loss from Antarctica. And the ice sheet is now losing three times as much ice,” Shepherd adds.

The annual sea level rise that’s attributed to Antarctica has tripled, from 0.2mm to 0.6mm, or from less than a tenth of an inch to nearly a quarter of an inch, he says.

“That’s a big jump, and it did catch us all by surprise,” Shepherd says. 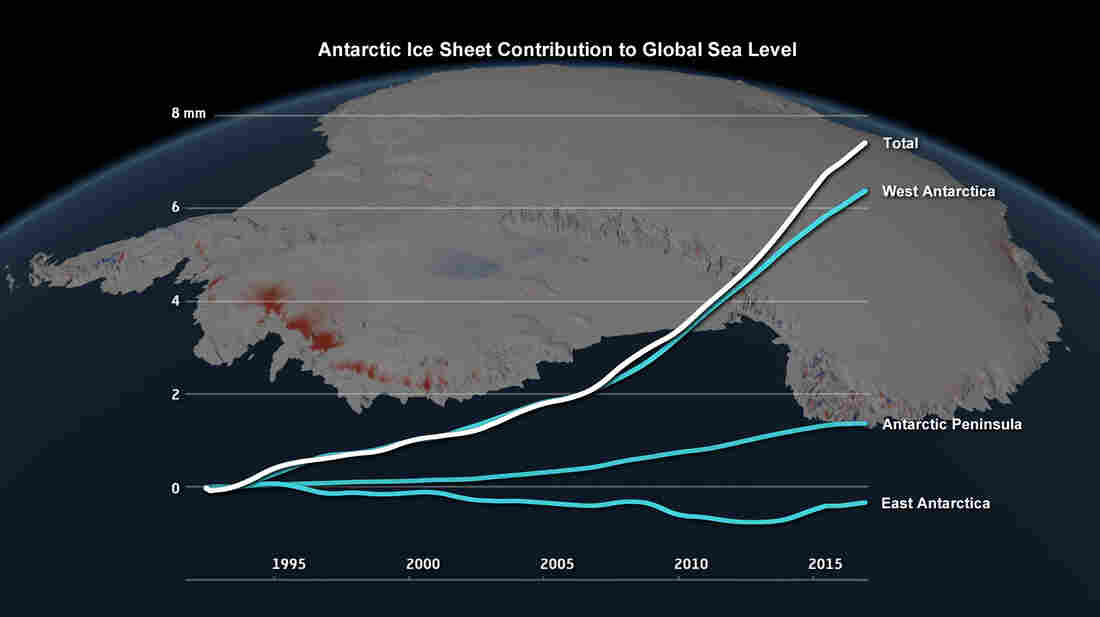 Sea level contribution due to the Antarctic ice sheet between 1992 and 2017. imbie/Planetary Visions hide caption

The melting is caused by rising ocean temperatures due to climate change.

Shepherd says they’ve seen the most dramatic effects in West Antarctica, where the ice sheet rests on the sea bed. “When we look into the ocean we find that it’s too warm and the ice sheet can’t withstand the temperatures that are surrounding it in the sea,” he says. That’s causing glaciers to flow more quickly into the sea.

East Antarctica, which is home to the South Pole, has seen considerably less melting because most of its ice is above sea level. That’s “an important distinction, because it means it’s insulated from changes in the ocean’s temperature.”

This assessment, conducted by 84 scientists from 44 international organizations, is known as the Ice Sheet Mass Balance Inter-comparison Exercise (IMBIE).

There have been many other estimates of how much ice has melted in Antarctica. And many of those papers showed different results.

“Some of the estimates covered different proportions of the ice sheets, some of them covered different time periods, and all of them used different methods and so it became difficult for people who are not specialists to try to pick them apart,” says Shepherd. “So that was the motivation for originally setting up the project.”

The scientists combined 24 different satellite surveys, which Shepherd says provides a more complete picture of the overall ice sheet change than previous studies. “We believe that we’ve captured all of the different satellite records that exist on the planet,” he says.

To analyze the ice, the researchers use three different kinds of measurements. Satellite altimeters measure the height of the ice sheets, to see how much they are thinning or thickening over time. Another measurement records the speed of the glaciers and how they’re moving into the ocean.

Finally, the scientists are recording gravity measurements for Antarctica. These “tell us about changes in the earth’s gravitational attraction over time and that can be related to the mass of the ice sheets overall,” Shepherd says, “and they are really powerful measurements because they can add up everything across Antarctica.”

So what accounts for the apparent three-fold speed up in Antarctica’s melting in the last five years?

Shepherd says that actually, their data shows a “a progressive increase in ice loss throughout the whole 25 year time period.” However, a period of heavy snowfall between 2005 and 2010 masked some of the immediate effects of the ice loss, accounting for the sudden, steep increase in more recent years.

This new data creates a much starker picture of the future than previous estimates. Shepherd says until 2010, the data had been tracking a lower scenario which estimated that Antarctica “wouldn’t make much of a contribution to sea level rise at all” because of the effects of higher snowfall. However, he says that now the data is tracking a higher scenario, which could mean nearly 6 inches of additional sea level rise in the next century.

That could be a big deal, he says, “for anybody who lives, works and governs a coastal region.”

Understanding the rate of Antarctica’s melting is crucial for these communities. If all of the ice in Antarctica melted, global sea levels would rise by more than 190 feet.