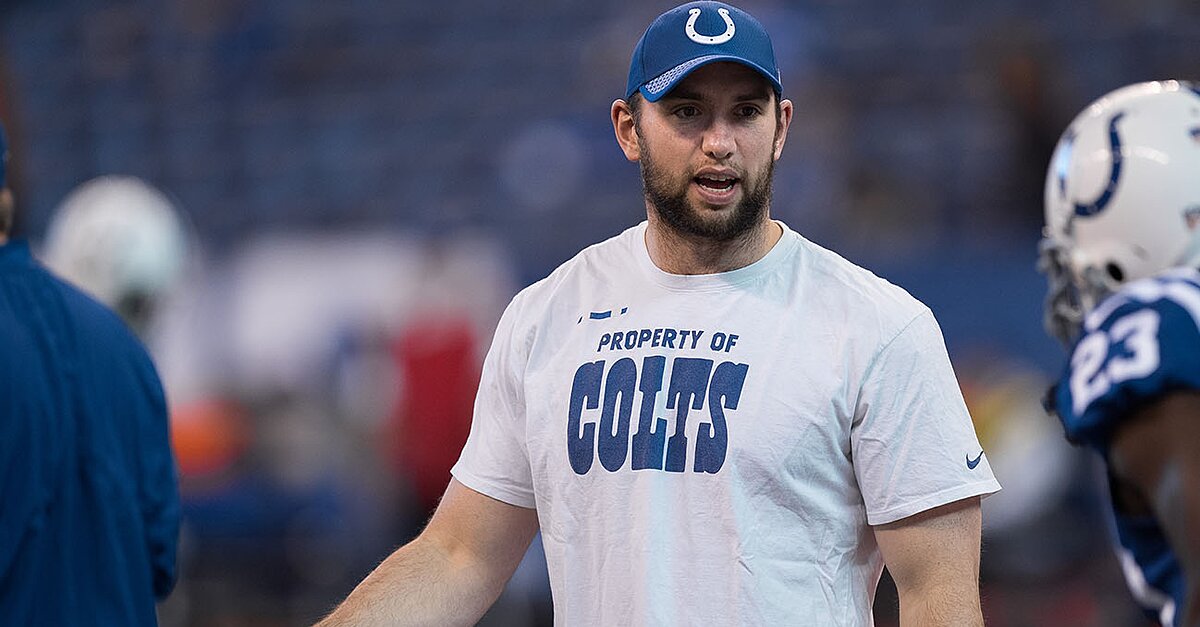 Colts quarterback Andrew Luck is still rehabing his throwing shoulder from the surgery he had in January 2017 on a torn right labrum, and general manager Chris Ballard told Pro Football Talk that the three-time Pro Bowler should be ready for training camp.

Ballard said Luck has still not thrown a regular-sized football and he understands people questioning the quarterback’s road to recovery, according to Pro Football Talk.

Luck missed all of the 2017 trying to work his way back from the injury that first appeared in 2015.

“[The] timeline’s good,” Ballard said on PFT Live recently. “You know, he’s actually not even throwing a football. He’s doing everything we’re asking him to do. He’s got a program specifically laid out that puts his timeline to be back at training camp. He didn’t want to skip a step. I don’t know if he skipped a step last year, but I think he felt the pressure of coming back.  Not rushing; I don’t want to say rushing. But, you know, he felt the pressure of coming back. And he couldn’t get right back.”