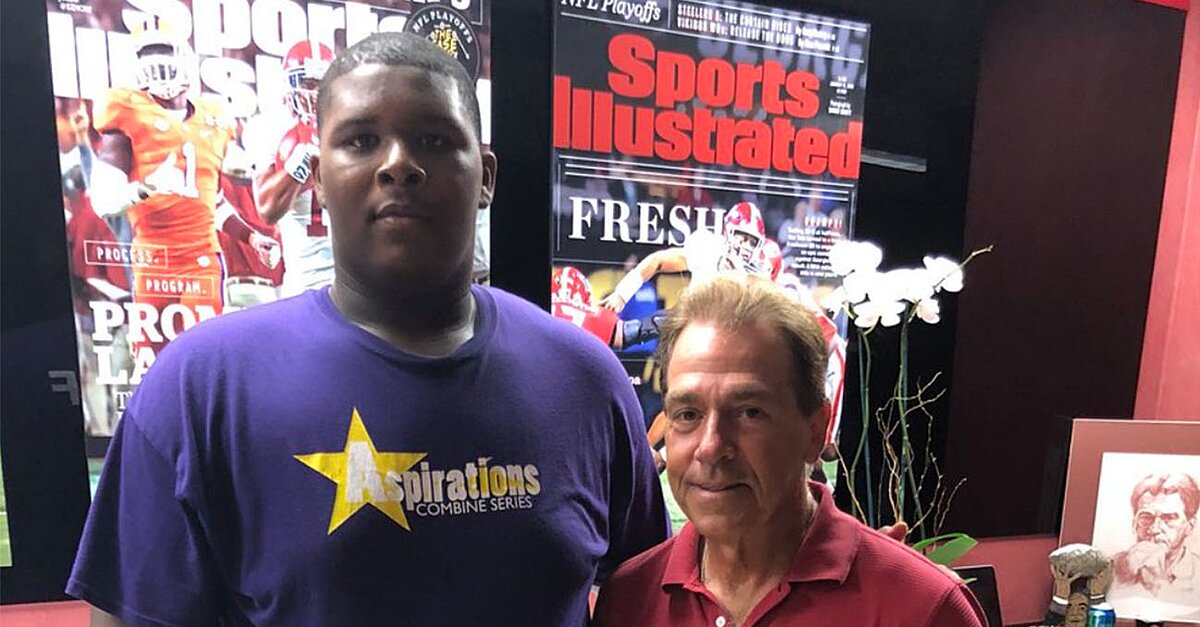 Nick Saban is looking to lock up a player who could prove to be a key piece for his future offensive lines and the 2022 recruiting class in Kiyaunta Goodwin.

The 6-foot-7, 370-pound 14-year-old can now add Alabama to the list of schools that have already inquired about getting him to commit to their football programs. Along with the Crimson Tide, Florida State also offered Goodwin a scholarship this past weekend. And prior to that, Georgia, LSU, Louisville, Cincinnati and Kentucky, among others, had already asked Goodwin about his services, according to Justin Sayers of the Louisville Courier Journal.

Goodwin, who is a rising freshman at Holy Cross in Louisville, has a total of nine scholarship offers already, according to the Louisville Courier Journal.

According to Adam Kramer of Bleacher Report, doctors have told Goodwin there is still a chance he grows to be taller than seven foot.