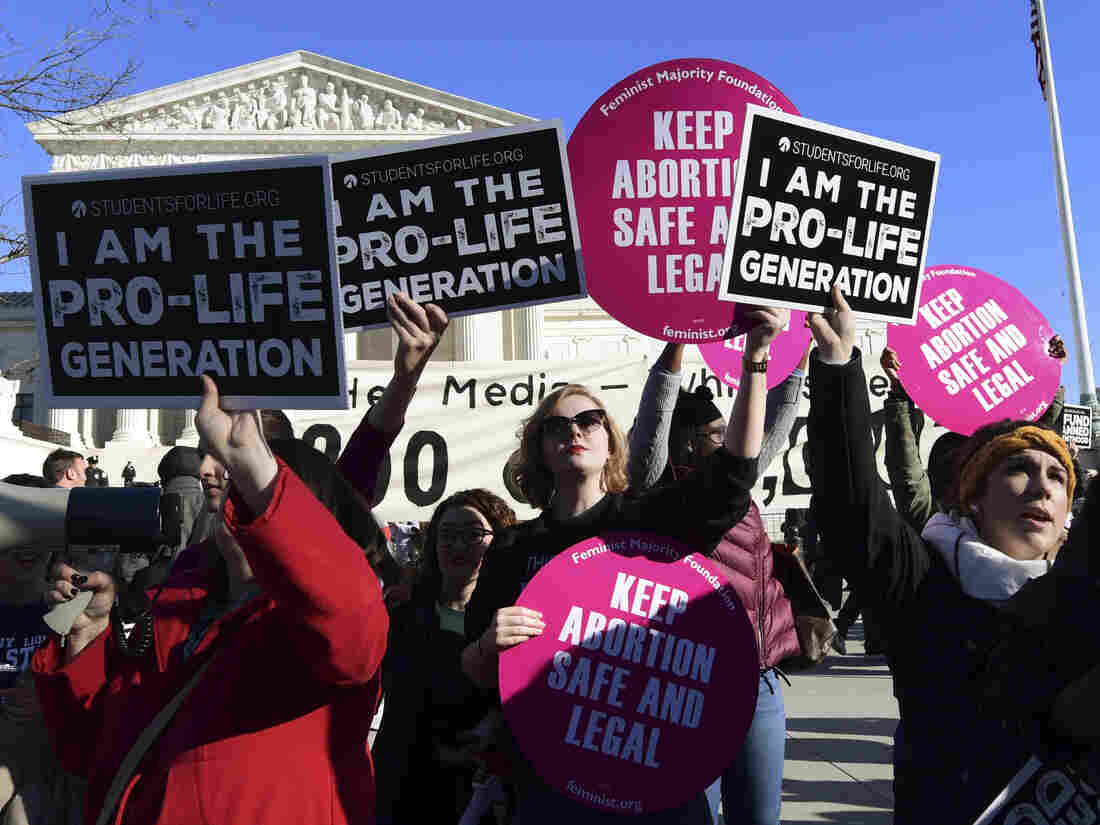 Protesters on both sides of the abortion issue gather outside the Supreme Court in Washington on Jan. 19 during the March for Life. Susan Walsh/AP hide caption 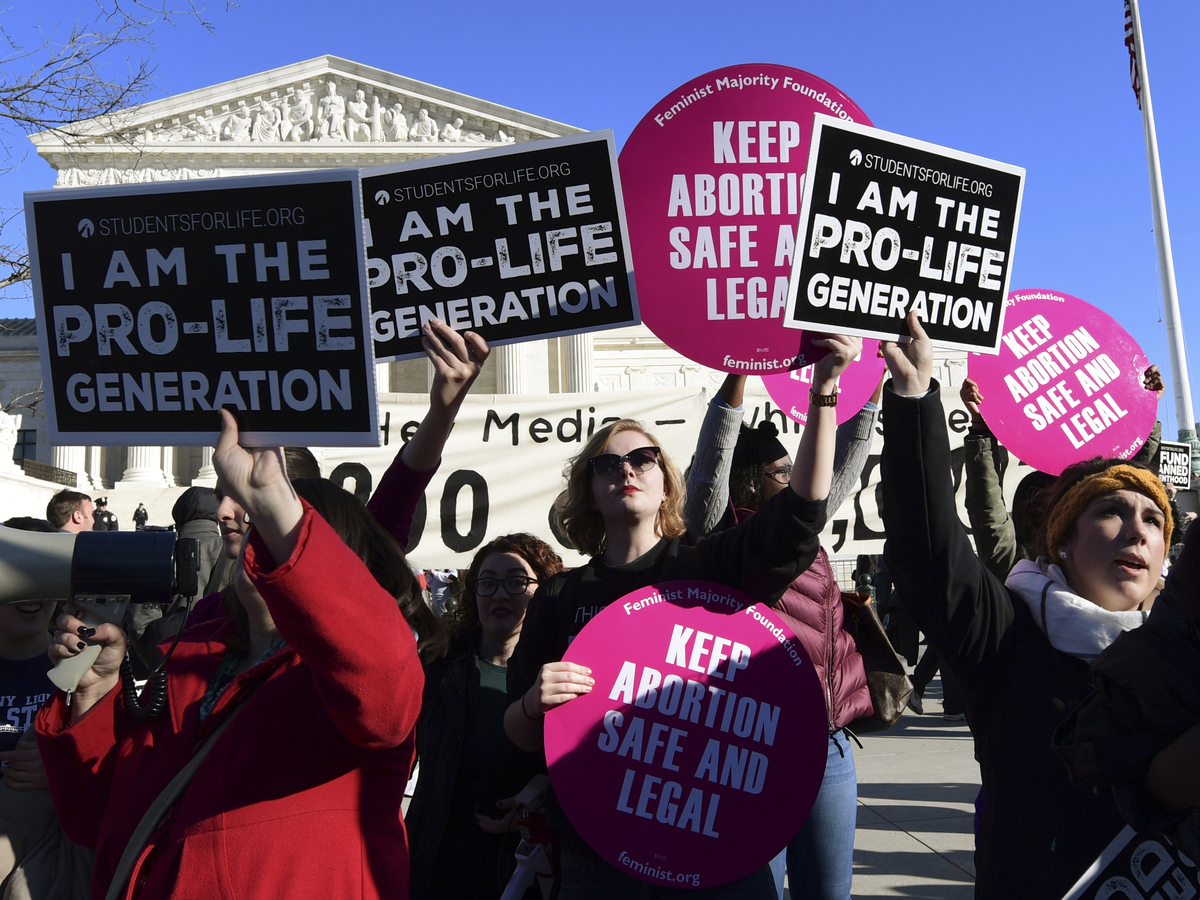 Protesters on both sides of the abortion issue gather outside the Supreme Court in Washington on Jan. 19 during the March for Life.

Public opinion on abortion rights is often framed as a binary choice between two political positions, but a closer look at new polling data from Gallup reveals more nuance.

While a majority of Americans support legalized abortion in early pregnancy, most oppose it in the later stages, according to the survey.

Gallup finds that 60 percent of Americans believe abortion generally should be legal during the first three months of pregnancy, known as the first trimester. That support drops by more than half, to 28 percent, once a pregnancy reaches the second trimester; it falls to 13 percent in the third trimester, at which point the fetus is often viable with medical support.

Responses varied by demographics. Men and women expressed similar support for abortion rights, though men were slightly more supportive of abortion in later stages of pregnancy; 31 percent said it should be legal in the second trimester compared to 26 percent of women.

The reason for the procedure also shapes public opinion on abortion. For the first time in 15 years, Gallup asked Americans about their views on abortion in a range of particular cases, including rape and incest or when the life of the mother is in danger.

A majority of respondents, 83 percent, said abortion should be legal in the first three months to protect the woman’s life; that number fell to 75 percent in the third trimester. More than three-quarters (77 percent) support legal abortion in the first trimester in cases of rape and incest, though that fell to just over half (52 percent) by the third.

For the first time, the survey asked about support for abortion rights in the case of a prenatal Down syndrome diagnosis. That issue has divided disability-rights advocates as several state legislatures have considered bans. In that situation, 49 percent said they support abortion rights during the first trimester and 29 percent in the third trimester.

For the survey, Gallup interviewed 1,024 U.S. adults ages 18 and older. The margin of error was plus or minus 4 percentage points.

Roe vs. Wade, the 1973 U.S. Supreme Court decision that legalized abortion nationwide, gives states increasing authority to regulate abortion in each successive trimester. Most states have taken steps to restrict or regulate abortion, and a growing number of legislatures have voted to ban the procedure at various stages, setting up potential court battles over the constitutionality of those laws.

The new data from Gallup suggests that opinions on abortion have remained largely stable over time. That’s in line with data from other polling organizations; the Pew Research Center has found that a majority of Americans oppose overturning Roe v. Wade, an opinion that has largely held steady for decades.

Polling data on abortion hinges heavily on how questions are phrased; another survey released by Gallup earlier this week found an even split — 48 percent to 48 percent — between Americans describing themselves as “pro-choice” and “pro-life.” Slightly more people said abortion is morally wrong than said it is morally acceptable. But that poll also found that a majority of Americans believe abortion should be legal in at least some circumstances.

Tresa Undem, a pollster who has researched opinion about reproductive health and sexuality, said it’s difficult to get meaningful data on abortion, in part because of the limitations of labels like “pro-choice” and “pro-life.”

“Traditional polling, like Gallup’s, asks the public to make judgments about different women and which of their decisions and experiences may be worthy or not,” Undem said. “I can’t think of another legal health care procedure where we pollsters ask about whether or not a person’s reasons are good enough. There could be, but I can’t think of any.”

Undem pointed to a Harvard study from 2016 that suggested that survey respondents are more likely to express support for abortion rights when given an example of why a woman might seek an abortion.

Regardless of public opinion on the legality or morality of the procedure, the U.S. abortion rate recently fell to its lowest level since Roe v. Wade. Reproductive rights advocates say that’s largely due to improved access to contraception under the Affordable Care Act and the increasing use of highly-effective long-acting forms of birth control such as IUDs.