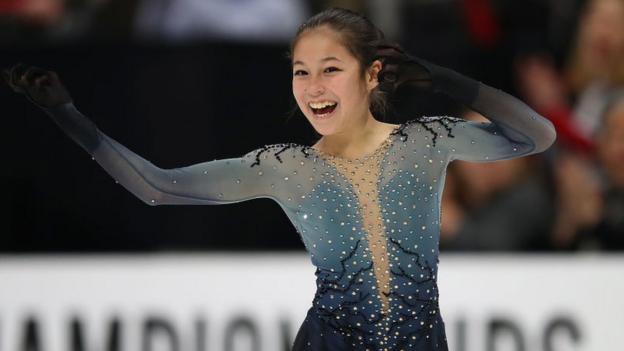 Despite her victory, Liu is too young to compete in the next three World Championships, which have a minimum entry age of 15.

“It’s not fully sunk in yet, I am kind of out of it right now,” a stunned Liu said after receiving her medal.

“I am not thinking about anything I just did.”

The score put Liu, who is also the youngest female skater to land two triple axels, almost four points ahead of defending champion Bradie Tennell, 20, who secured the runner-up spot despite falling during her free skate routine.

Mariah Bell finished third with 212.40 at the championships. held at Little Caesars Arena in Detroit.