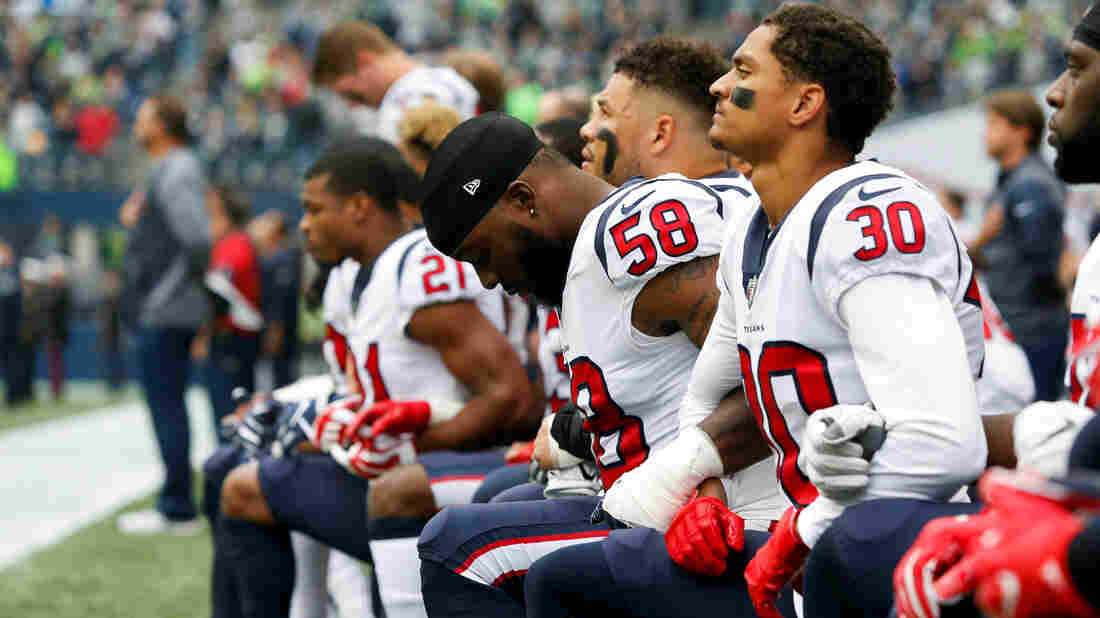 NFL players from the Houston Texans and other teams chose to take a knee during the national anthem before kickoffs in the 2017 season. Joe Nicholson/USA TODAY Sports hide caption 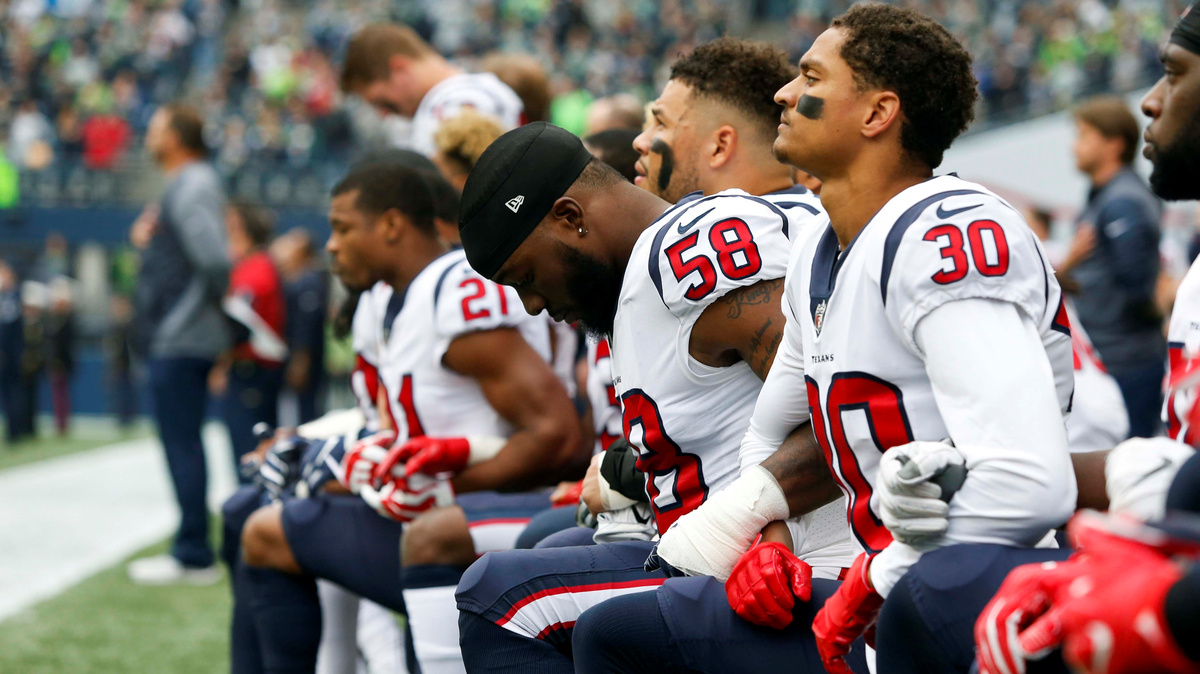 NFL players from the Houston Texans and other teams chose to take a knee during the national anthem before kickoffs in the 2017 season.

Unveiling a new policy after months of controversy and debate over players taking a knee or otherwise making statements during the national anthem, the NFL says all of its athletes and staff “shall stand and show respect for the flag and the Anthem” if they’re on the field.

“Personnel who choose not to stand for the Anthem may stay in the locker room or in a similar location off the field until after the Anthem has been performed,” the league said in its new policy.

The issue became a national conversation and a political talking point after NFL players used the playing of the national anthem before games as a moment to protest police brutality and racism in America. That effort was led by former San Francisco 49er Colin Kaepernick, who took a knee during the anthem — and who went from being a starting quarterback to being an unsigned free agent in the spring of 2017.

Unveiling the new policy on Thursday, NFL Commissioner Roger Goodell said, “It was unfortunate that on-field protests created a false perception among many that thousands of NFL players were unpatriotic. This is not and was never the case.”

The protests took many forms, from players taking a knee to sitting on the bench as others stood on the sideline. In many cases, teams’ players were split on the issue; in others, entire teams took a knee — as in September of 2017, when Dallas Cowboys owner Jerry Jones linked arms with his players and took a knee. But one month later, Jones threatened players, saying if they “disrespect the flag,” they would be benched.

The NFL’s 32 teams can develop their own rules about the process, as long as they follow the new policy.

“A club will be fined by the League if its personnel are on the field and do not stand and show respect for the flag and the Anthem,” the NFL said.

Kaepernick has been pursuing a collusion case against the NFL, accusing teams of banding together to keep him from being employed in the league. This week, a report emerged that his attorneys’ investigation found documents that backed up his claim that, as he neared 30 years old, he was still good enough not only to play in the NFL, but to start.