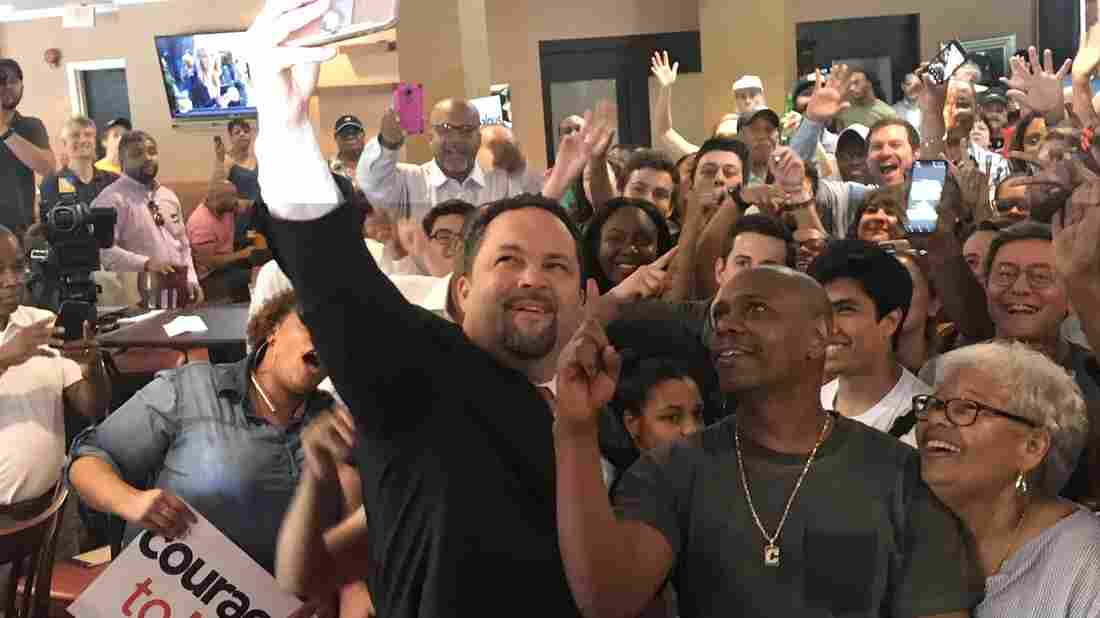 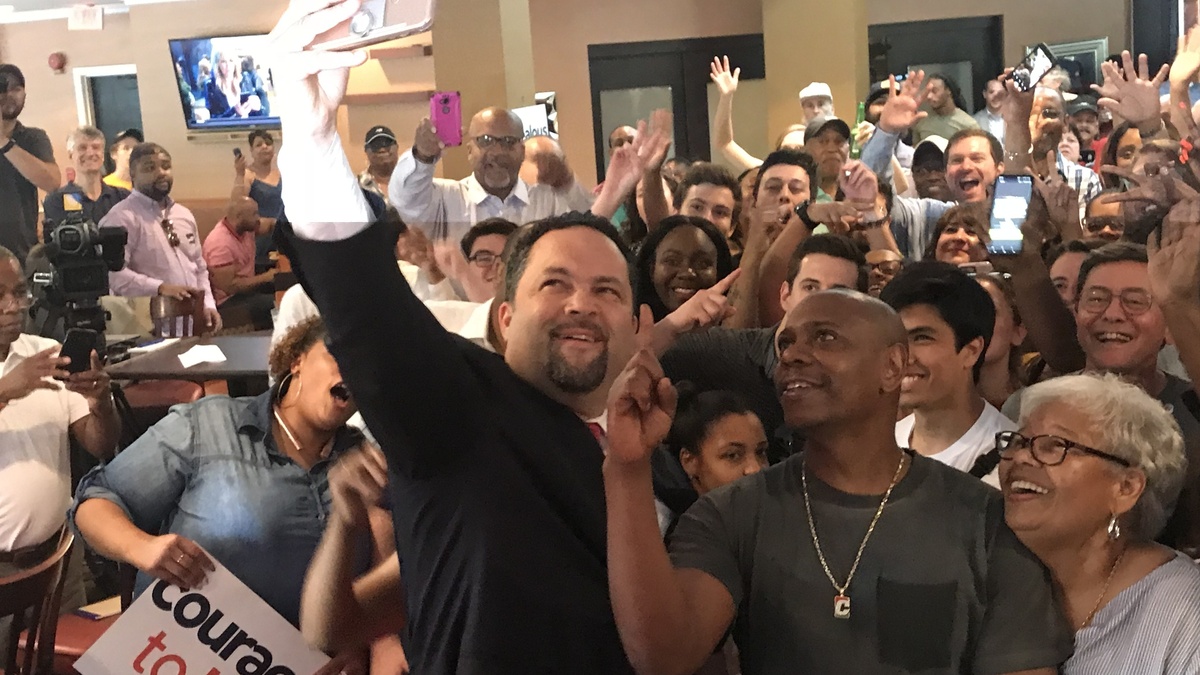 Dave Chappelle, second from right, put his celebrity to work at a campaign event Ben Jealous, left, on Friday.

Comedian Dave Chappelle was the star attraction at a campaign event in suburban Washington on Friday, where he took part in a rally for longtime friend and Maryland Democratic gubernatorial candidate Ben Jealous.

“So you know, I’m out of my element,” the stand-up comic told an enthusiastic crowd at Olde Towne Inn in Largo, Md., a short drive from Washington, D.C. “You know politics has never been my thing.”

Dave Chappelle’s dad and mine were activists and best friends.

The met when my parents were teaching in Baltimore and Dave’s dad was working at Social Security.

It’s great to have him back home to fire up the troops as we prepare early vote next week!

Chappelle went on to tell the crowd that Jealous was like family, at one point calling him his “godbrother.” Chappelle said the men’s fathers were best friends, but Dave and Ben’s friendship did not evolve until the two were in their teens.

He added that Jealous was the first person to call him while he was hiding out in South Africa after famously walking away from his wildly popular sketch comedy program Chappelle’s Show and a $50 million dollar contract in 2005.

Chappelle said Jealous put him in touch with the late comic icon and civil rights activist Dick Gregory. Chappelle said he got “the best pep talk from the two of them that I’ve ever gotten in my life.”

“I really attribute it to being here now,” he said. “And I think as a leader, as an organizer…this man is excellent. I wouldn’t lie to you, I’d stake my whole reputation on it,” Chappelle said.

Once Jealous took the stage, he said their fathers got them started on the same path — Jealous through organizing and activism, and Chappelle through comedy — to try to “heal and pull folks together.”

He then spoke about how Chappelle influenced him.

“I’m standing here with the first person who made the argument to me that cannabis should be legal for adult use,” Jealous said.

Jealous supports legalizing the drug and was the keynote speaker earlier this year at the National Cannabis Festival Policy Summit.

Jealous has never held elective office before, but has forged many relationships both inside and outside the political arena during his time heading the Baltimore-based NAACP from 2008-2013.

Chappelle is just one the high profile endorsements the Jealous campaign will roll out in the weeks ahead of the Democratic primary at the end of the month. Others include Sens. Cory Booker (D-N.J.), Kamala Harris, (D-Calif.), and Bernie Sanders, (I-Vt.), the former presidential Democratic presidential candidate.

According to the latest Washington Post-University of Maryland poll, Jealous narrowly leads a crowded Democratic field vying for the opportunity to take on popular Republican Gov. Larry Hogan in November.

The poll finds among likely Democratic voters Jealous is up five points (21 percent to 16 percent) over Rushern Baker, the longtime top official in Maryland’s Prince George’s County, one of the nation’s wealthiest majority-black jurisdictions.

Baker however enjoys the backing from much of the state’s political establishment, including picking up the endorsement this week from the state’s former Gov. Martin O’Malley, the one-time Democratic presidential candidate.

The Washington Post-University of Maryland Poll found that the man Baker and Jealous are trying to unseat is immensely popular, despite being a Republican in a traditionally blue state.

The poll found that among all adults surveyed, Gov. Hogan enjoys a 71 percent approval rating.

Hogan is set to officially kick off his reelection campaign Saturday in Annapolis, the state capital.

Other Democrats seeking the nomination in the June 26 primary include state Sen. Richard Madaleno, Jim Shea, a Baltimore attorney, technology entrepreneur and author Alec Ross, and Krish Vignarajah, who served as policy director for Michelle Obama.