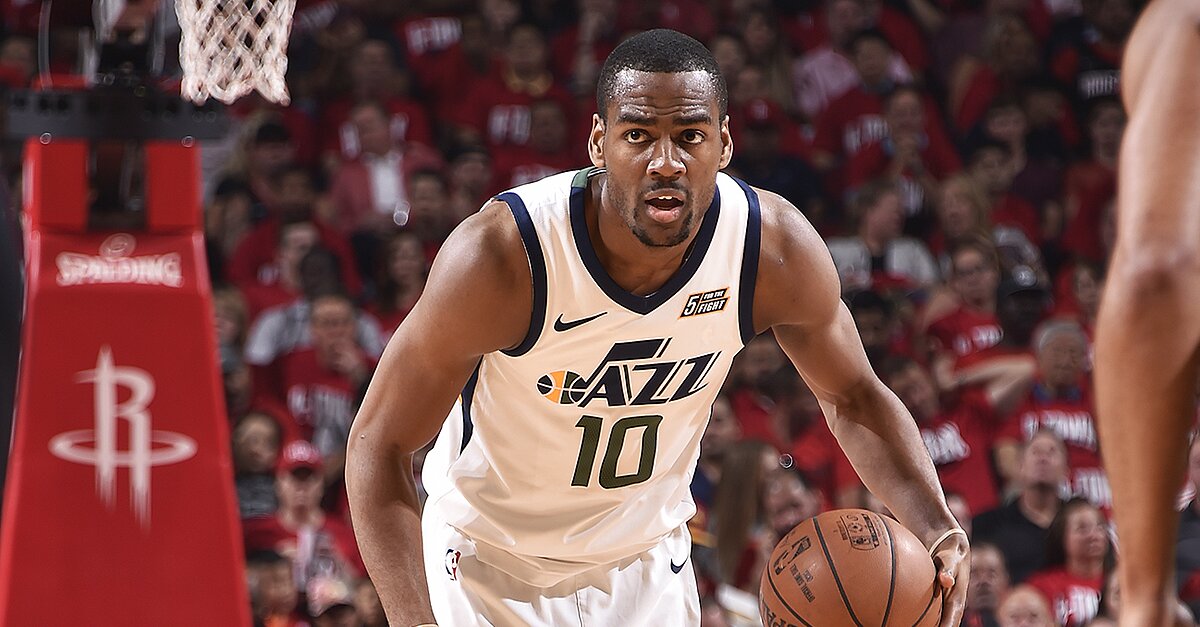 HOUSTON—Survival in the NBA playoffs hinges on talent, preparation, execution and, on occasion, a touch of magic. Stars almost always dictate the terms of a series. Yet no playoff run of consequence comes and goes without some variable spinning wildly out of control—often through the conduit of a role player. Legacies, strangely enough, have turned on the works of Derek Fisher, Corey Brewer, Mike Miller and Matthew Dellavedova.

Such is the way of a league where every possession matters, and a playoff format where a single game can dramatically change the complexion of the series. A hot shooting night in the postseason isn’t just a hot shooting night. Under the right circumstances—like in Game 2 of the conference semifinal series between the Rockets and Jazz—it can lend credence to the case of an underdog. It can give a team like Utah the edge it needs to overtake Houston, 116-108, to even a young series at one game apiece.

The author of this improbability was Alec Burks, an explosive wing who flutters in and out of the Jazz’s playing rotation. That he played at all was in part the product of Ricky Rubio’s absence. On his worst nights, Burks is too unreliable to be of help; he can be so fast and loose with the ball as to derail possessions, and so imprecise with his positioning that he seems to flummox even his teammates. On Wednesday, every wild streak in Burks’ game was tamed by the focus of preparation. Burks entered the game not only ready to attack the Rockets, but seemingly emboldened by the knowledge of how to most effectively do so.

Some of the most palpable changes in Utah’s play were matters of tempo. Houston’s switch-heavy defense didn’t mean that the Jazz couldn’t run high pick-and-rolls, only that it would be beneficial for Gobert to slip those rolls. The pressure that the Rockets apply to ball-handlers didn’t mean Donovan Mitchell couldn’t drive, only that he needed to drive a beat earlier—while the defense shuffled through a momentary state of disarray. Burks lived in those seams. He turned slow-developing transitions into full-on fast breaks. He blew by defenders with such a gust that the help could only watch. And when the Rockets finally caught on to his rhythm, Burks found a new one—downshifting his manic drives to make calculated reads.

By the time his night was through, Burks had scored 17 points on 11 shots and produced 16 more points with his assists—all in just 22 minutes. “We’ve seen A.B. do amazing things throughout the year and this is just a little bit of what he can do,” Mitchell said. “The finishes, the attack mode, that’s just what he does. He comes out there and gets buckets.”

That capacity to score has never been in question. What is, with Burks and so many like him, is their consistency in making the best play for their team. Burks was on fire in this regard. Utah’s coaching staff will undoubtedly find some room for improvement in the game film, but Burks played an incredibly clean game from a decision-making standpoint—all while shooting 64% from the field.

“Obviously, Alec was terrific this game—the burst that he gave us,” Jazz coach Quin Snyder said.

“I think the guys that are coming off the bench know that they have the confidence of both the staff and the other guys on the team to attack. And if they make a mistake, to get back and keep their concentration and keep competing. When guys have confidence in each other, it allows them, I think, the confidence individually to step up.”

There was a narrative at work in Game 2 that went well beyond Burks. The story of Utah’s win was, more broadly, one of an early surge and a late rally. It was further evidence of the idea that, over a long enough timeline, the Rockets will almost always catch up. Mitchell shocked the crowd with a tip dunk and smoothed the offense over with mature playmaking. Dante Exum threatened to steal the show with his timely defense on James Harden. Joe Ingles poured in 27 points, his open shots a testament to the uncharacteristic breakdowns in Houston’s coverage.

This was a fascinating bout, rich in character and strategy. But it was also “The Alec Burks Game”—a night in which a tertiary contributor could make his indelible mark.