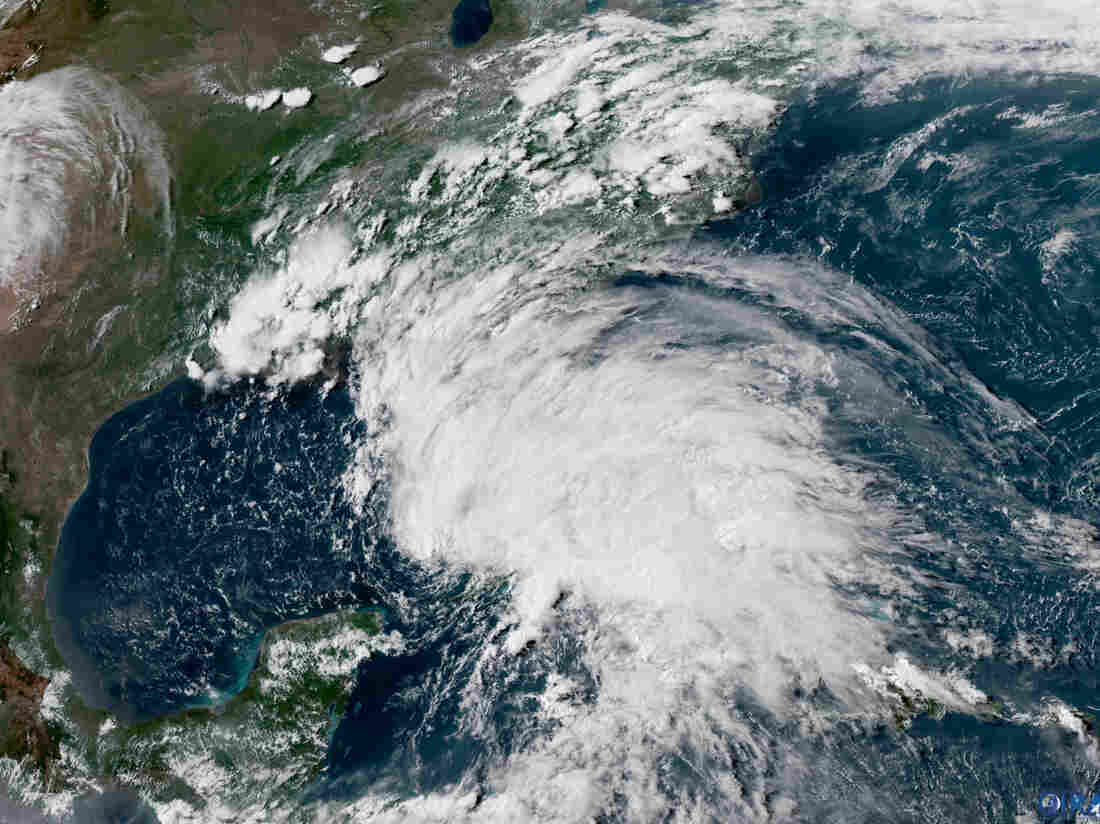 This GOES-16 GeoColor satellite image taken on May 26, at 21:30 UTC, and provided by the National Oceanic and Atmospheric Administration (NOAA), shows Subtropical Storm Alberto in the the Gulf of Mexico. The slow-moving system made landfall on Monday in the Florida Panhandle. NOAA via AP hide caption 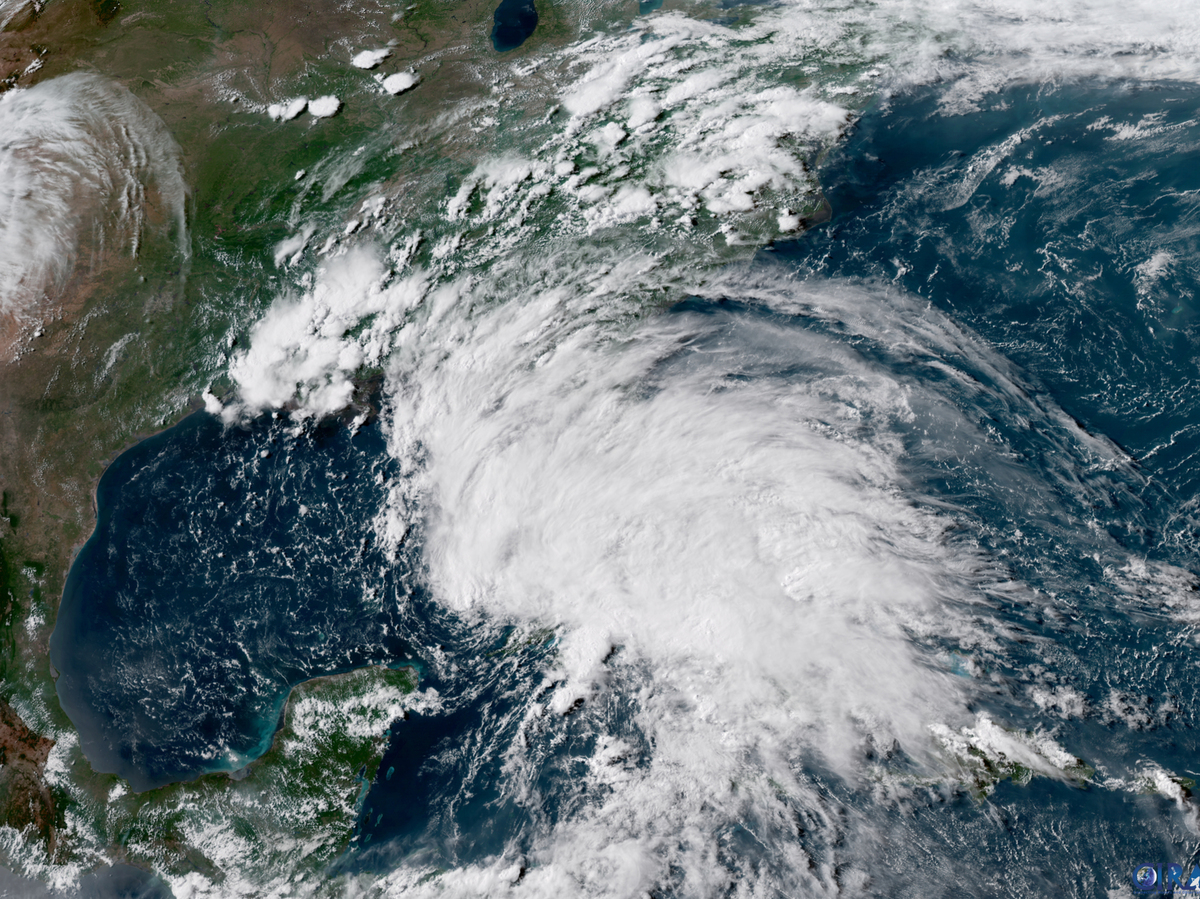 This GOES-16 GeoColor satellite image taken on May 26, at 21:30 UTC, and provided by the National Oceanic and Atmospheric Administration (NOAA), shows Subtropical Storm Alberto in the the Gulf of Mexico. The slow-moving system made landfall on Monday in the Florida Panhandle.

Alberto is pushing deeper inland after making landfall in the Florida Panhandle on Memorial Day, causing flash flooding, mudslides, downed trees and power outages through parts of the South, East and central U.S. and prompting officials to warn of a possible dam failure in North Carolina.

The dam at Lake Tahoma in Marion, N.C., east of Asheville, was given the all-clear on Wednesday morning, after worries of an imminent collapse triggered a mandatory evacuation until an engineer could perform a safety inspection. The emergency has been canceled and the evacuation order was rescinded, McDowell County Emergency Management said in an update.

Even with that reprieve, flooding and mudslides shut down highways in the mountains of North Carolina, west of Charlotte. The N.C. Department of Transportation said on Wednesday that even heavy trucks had been swept away by water.

Just to illustrate how serious the flooding is in western NC: Water swept an NCDOT tandem dump truck off the road overnight in McDowell County. Two people were rescued. Stay off the roads and avoid flooded areas. If you see standing water, turn around. https://t.co/pLCADeCNJN pic.twitter.com/EnDSZmuoVM

“Shortly before 10:30 p.m. Tuesday, a mudslide closed both directions of Interstate 40 in McDowell County, according to McDowell County Emergency Management.

No people or cars were trapped, according to a 10:26 p.m. tweet by Jeff Crum, chief meteorologist with Spectrum News North Carolina. ‘Details are subject to change as a better understanding of the unfolding situation is clarified by EMA folks in McDowell County,’ he added.”

Flash flood warnings were issued for several other western counties in North Carolina, with the National Weather Service cautioning that resulting landslides and rapidly rising waterways have created a life-threatening situation.

Separately, the NWS forecasts that the Catawba River, which runs west of Charlotte, will crest at 18 feet above flood stage by 7 a.m. Wednesday. Various Western North Carolina counties’ emergency services were taking half-hourly readings of the river where it flows by residential areas, according to Matt Bush of Blue Ridge Public Radio in Asheville.

Although Alberto, the first named storm of the Atlantic hurricane season, was downgraded to a subtropical depression soon after it made landfall on Monday, its affects have continued to be felt, even at the fringes of the system.

Among other things, it has left 25,000 people in Alabama without power.

“We’ve had a lot of rain, but we got lucky. It was a constant rain but not a heavy rain,” Regina Myers, emergency management director in Walker County northwest of Birmingham, was quoted by The Associated Press as saying.

By late Tuesday, Alberto’s center was moving over western Kentucky.

As we reported on Tuesday, a local news crew – a reporter and photographer – were killed in North Carolina while covering the storm when a tree fell on their vehicle.