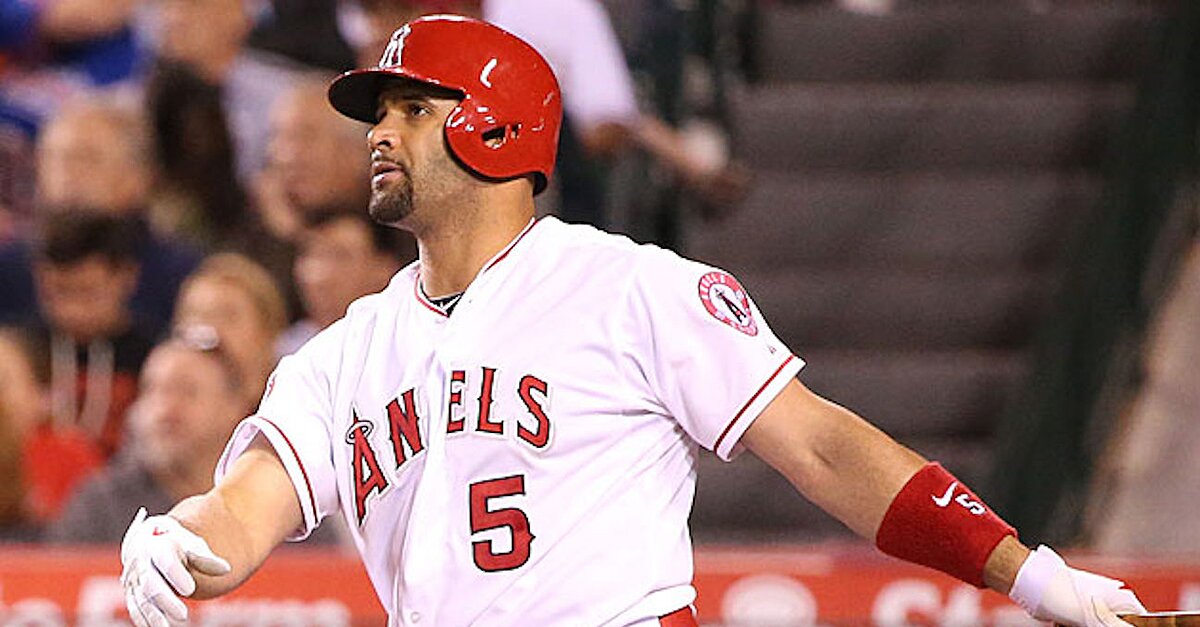 Pujols, a future Hall of Famer, is closing in on becoming the 32nd player to join the 3,000 hit club.

After collecting one hit against the Yankees on Sunday, the Angels slugger has 2,996 career hits, just four away from the famed 3,000 hit club. The 38-year-old smacked a line drive single to center off Yankee veteran C.C. Sabathia to help score a run one batter later.

With the Orioles coming to town for a three-game set on Tuesday, Pujols will have three games to reach the milestone in front of his home crowd.

Pujols spent the majority of his career with the St. Louis Cardinals before joining the Angels in 2012. The 10-time All-Star has won two World Series titles and is widely regarded as one of the best hitters of his generation.