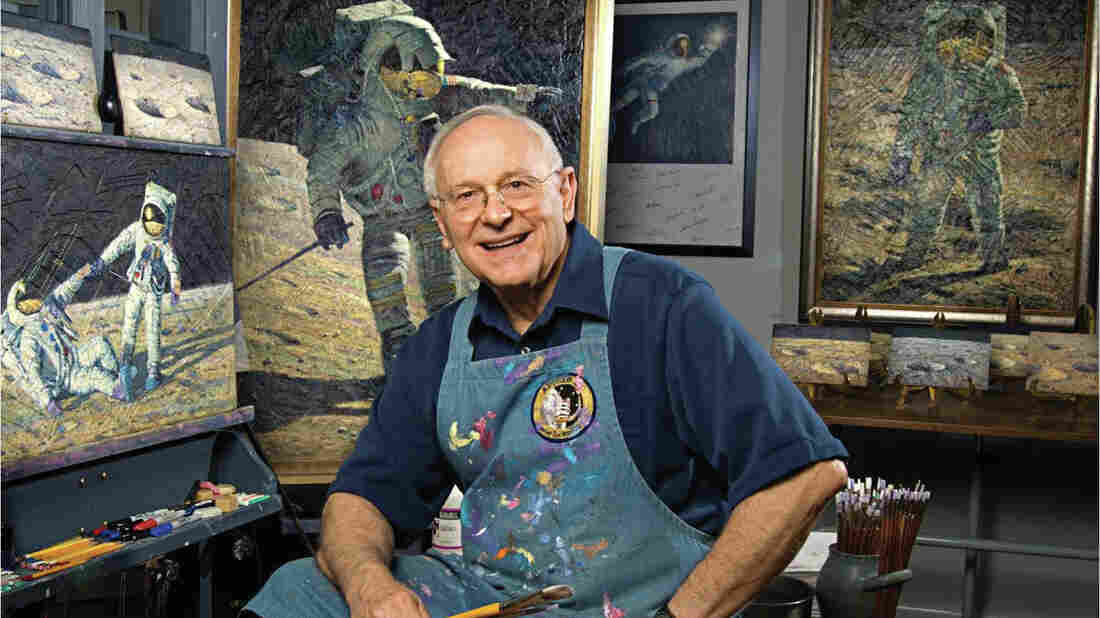 Former astronaut Alan Bean in his studio where he mixed moondust with paint for his depictions of U.S. space exploration. Courtesy of Alan Bean hide caption 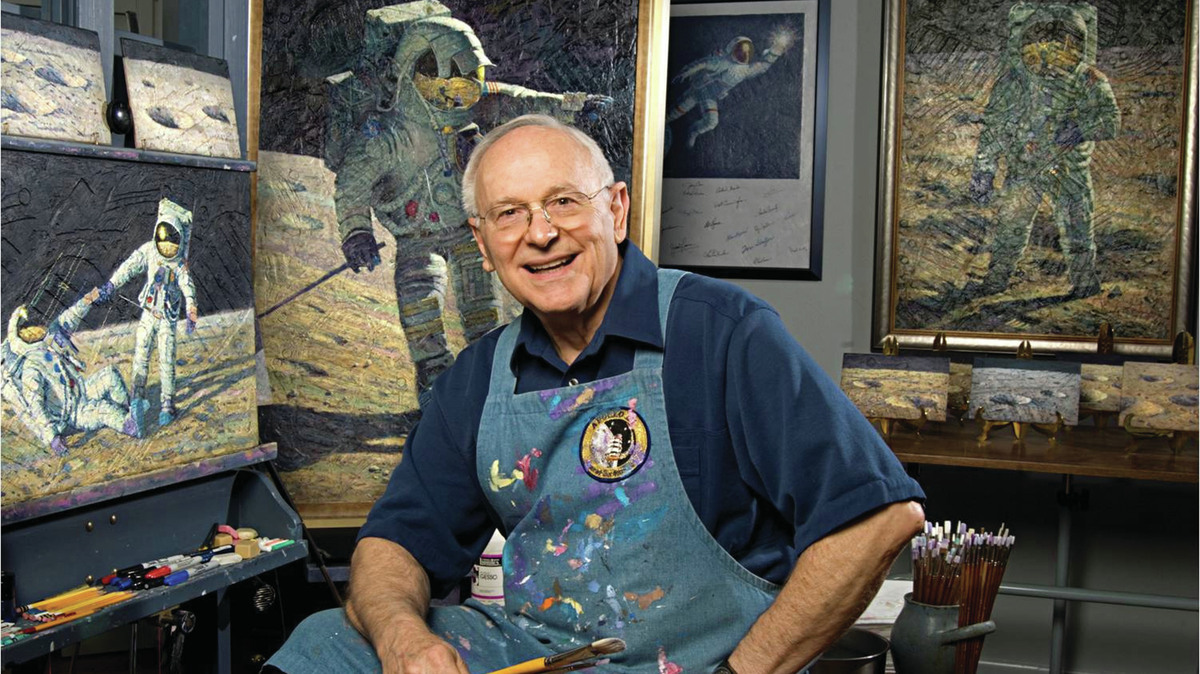 Former astronaut Alan Bean in his studio where he mixed moondust with paint for his depictions of U.S. space exploration.

One of the U.S. astronauts who walked on the moon has died. Alan Bean died on Saturday in Houston after a short illness. He was 86.

Bean was the lunar module pilot of Apollo 12, which made the second lunar landing in 1969. He flew in space one more time, but he really made his mark in what he did after NASA.

Bean spent 31 hours on the moon, collecting lunar samples and deploying several experiments with mission commander Pete Conrad. They also checked up on Surveyor 3, which had landed two years earlier. 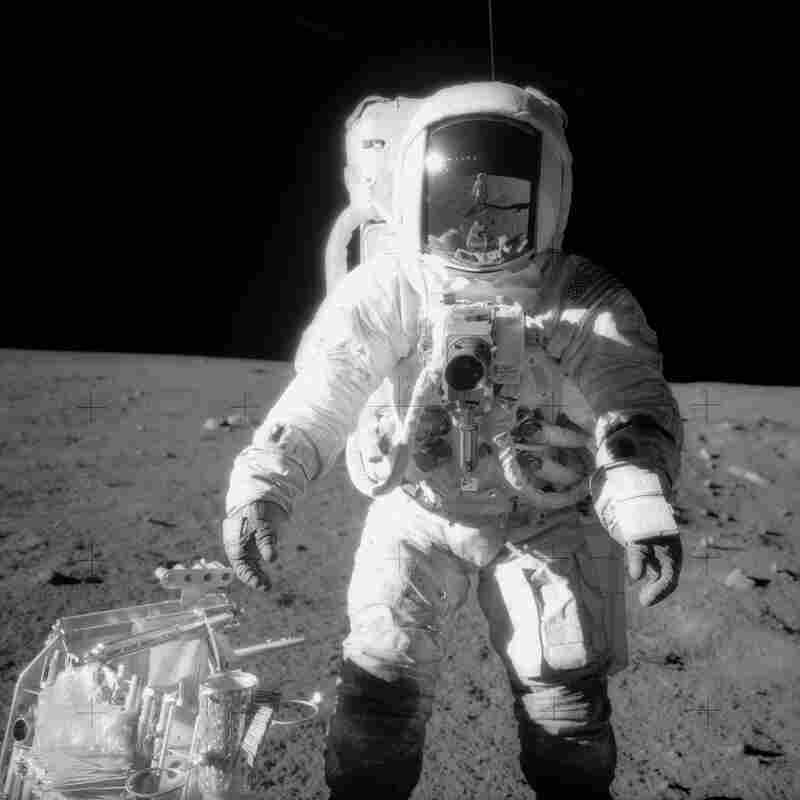 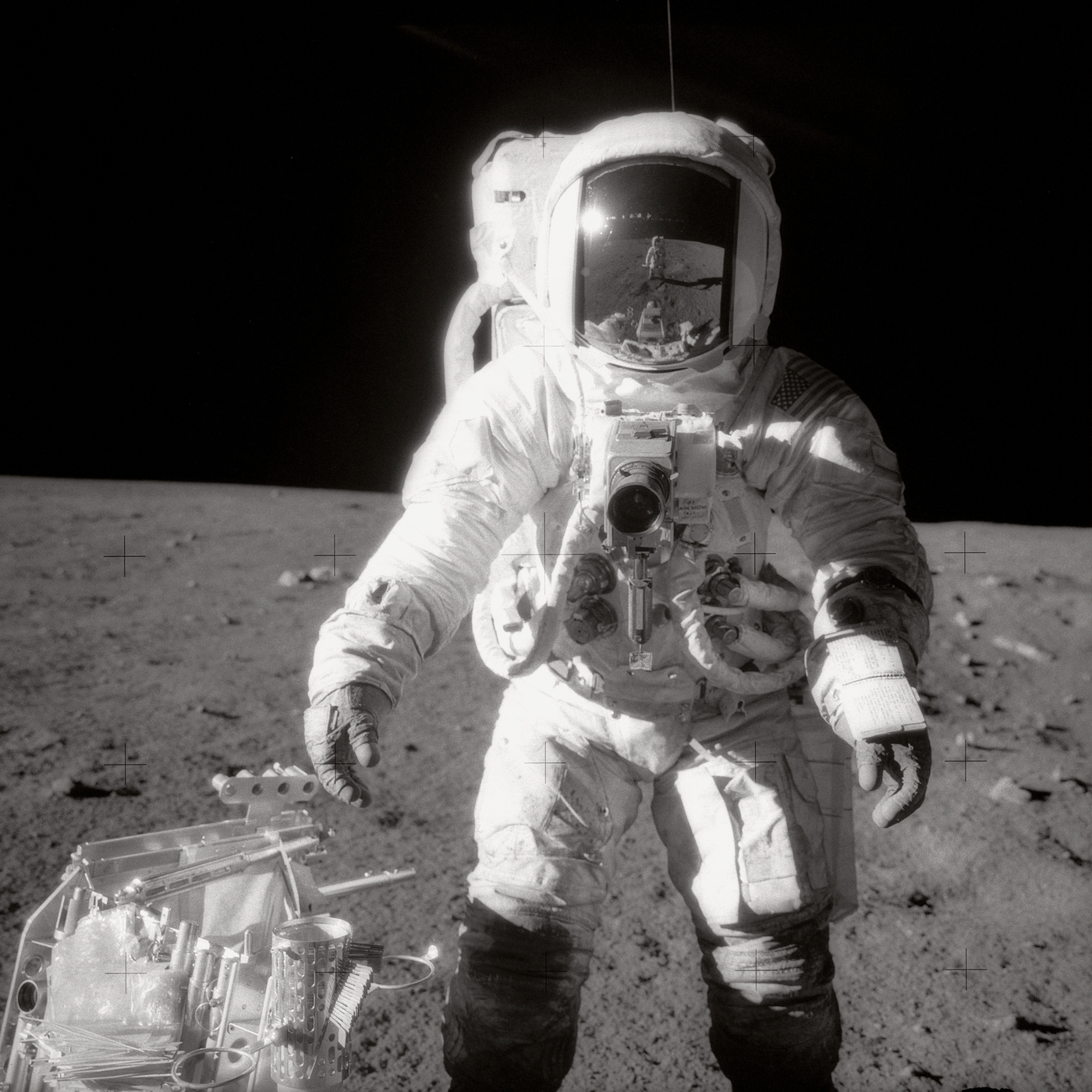 Astronaut Alan Bean during the Apollo 12 spacewalk on the moon’s surface. Commander Charles “Pete” Conrad Jr., who took the photo, is reflected in Bean’s helmet visor.

They were busy but, as Bean recalled during a 2016 NPR interview, “as I ran along, I remember … saying to myself, ‘You know, this is really the moon. We’re really here. … That’s the Earth up there.’ And I said it two or three times to myself.”

After Apollo, Bean commanded the second Skylab mission in 1973 — orbiting the Earth for 59 days. Later, he was in line to fly the first shuttle flights. But he gave it up because “the more I thought about it the more I realized there were young men and women at NASA in the astronaut office that could fly the shuttle as good as I could or better, but I was the only one interested in trying to do this other job.”

That other job was to paint. So he left NASA. He had an engineering background and was a test pilot in the Navy, but took art lessons at night and it was something he always wanted to do full-time. For more than four decades after his space career, he chronicled the six missions that landed on the moon. He said, “I feel blessed every day when I’m working on these paintings … the first artist to ever go to another world and try to tell stories that people care about.”

In painstaking detail, he recreated what it was like to be on the moon, using actual moon dust and ground-up remnants of Apollo spacecraft. Before starting each painting, he’d spend weeks studying photographs and videos, and calling fellow astronauts to probe their memories.

Those materials and memories are what Bean brought back from the moon, but he also left something behind — his silver astronaut lapel pin. He had thrown it as far as he could into a crater.

He said he thought about it often, “and when I look at the moon at night, [I] think about that pin up there, just as shiny as it ever was, and someday maybe somebody will go pick it up.”