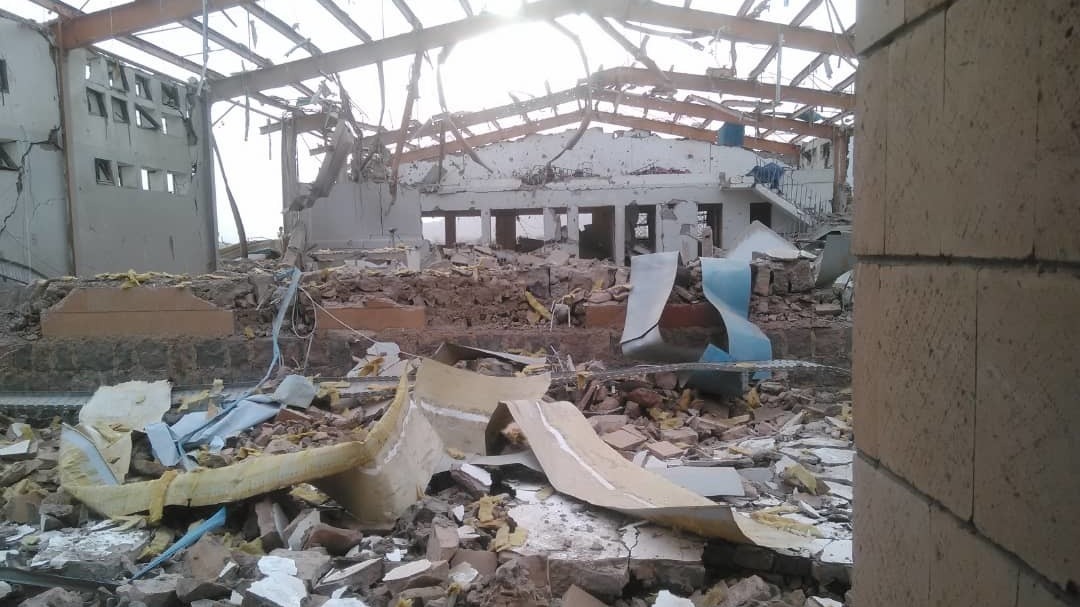 A Saudi-led airstrike blasted off the roof and pulverized walls of a cholera treatment center in Yemen, but no one was hurt, according to an international aid group, even as civil war has led to widespread outbreaks of the disease.

Doctors Without Borders/Médecins Sans Frontières (MSF) says the newly constructed treatment center had clear markings on the roof identifying it as a health care building and that staff had shared its coordinates with the Saudi and United Arab Emirates-led coalition. The facility had not yet received any cholera patients, and no patients or staff were hurt in the airstrike, the group says.

Cholera has swept parts of Yemen amid its civil war. In 2015, Houthi rebels backed by Iran forced Yemen’s President Abed Rabbo Mansour Hadi to flee the country. Saudi Arabia has given Hadi shelter and bombed Houthi sites in an attempt to restore him to power.

NPR’s Steve Inskeep reported from Yemen that the U.S. “has provided targeting information, equipment and aircraft refueling to the Saudi air campaign, which has been widely criticized for being indiscriminate and killing civilians in places like hospitals, funerals and homes.”

Earlier this month, the International Committee of the Red Cross announced it was withdrawing 71 of its staff from Yemen after the fatal shooting of one of its employees.