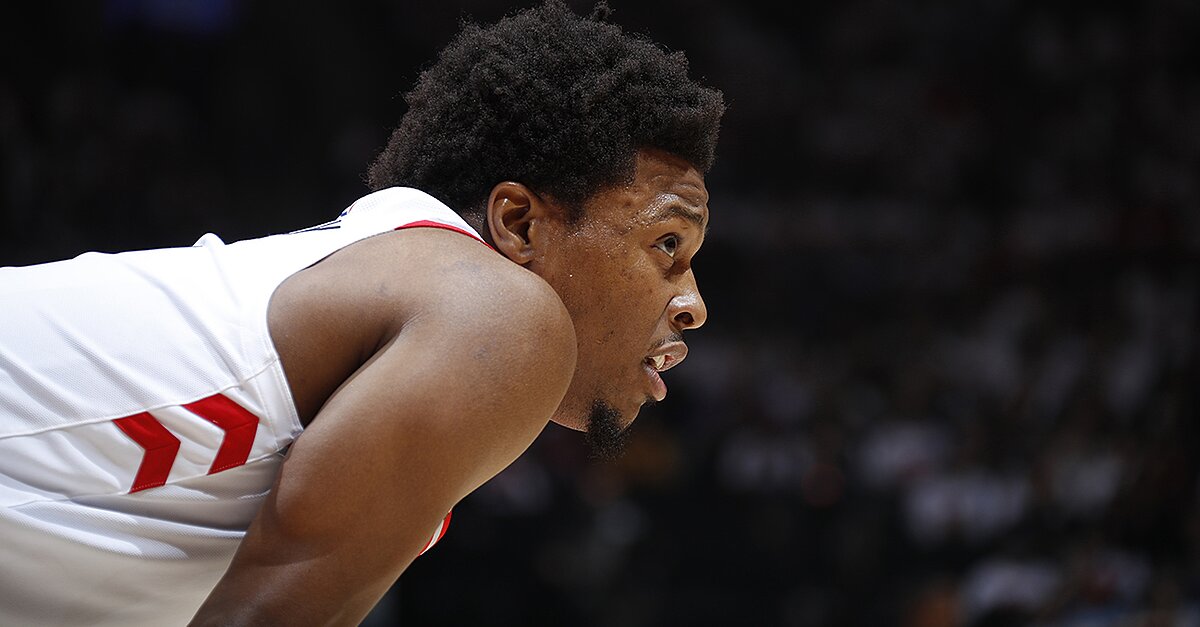 The script had started to feel familiar for the Raptors well before a Fred Van Vleet three-pointer rimmed out in the final seconds of overtime, wrapping up a 113–112 Game 1 loss to the Cavaliers within a deflated Air Canada Centre. This particular breakneck playoff finish was not fun—not to watch unfold, certainly not for Toronto, and maybe not even for a gassed Cleveland team, at least not until it was over.

For a game that included yet another reckoning of a shot from LeBron James, fading away over rookie OG Anunoby with 30 seconds left in regulation to tie it, this was always really more about the Raptors. It’s difficult to frame this one any other way than a squandering of control, in a game they led by 10 points with 10 minutes left in the fourth quarter. And somewhere along that final stretch of a 26-point, 13-assist, 11-rebound triple double from LeBron the vibe shifted from “game Cavs can probably afford to lose” to “game the Raptors all of a sudden probably can’t.”

A late Cleveland push was coupled with a stunning Toronto drought—the Raptors shot 0–11 from the field in the final 4:19 of regulation, weathered it all right up until James’ shot. They’d fought through strong showings from Kyle Korver, J.R. Smith, Tristan Thompson and Jeff Green. Then the final eight seconds of the fourth quarter went like this:

If you believe in momentum, overtime felt like a foregone conclusion, with James assisting on huge threes from Kyle Korver and J.R. Smith, the Raptors leaning on tough shots from DeMar DeRozan, fighting back within a point, and another missed shot from VanVleet tying it together at the end.

Toronto has now lost seven straight playoff meetings with Cleveland, dating back to the 2016 East Finals and including last year’s clean sweep in the semis. Tuesday night was just one loss, but as you may have heard, it’s hard to beat LeBron James four times in seven tries, and even harder after losing on your home court, and harder still when that loss comes with an extra two days of rest in your favor.

Believe it or not, there were actual positives for the Raptors—Lowry, Valanciunas and DeRozan had their moments, Anunoby did his best to bother James, and their bench showed its mettle. But even a game that included multiple courtside confrontations between Drake and Kendrick Perkins managed to be defined by a disappearing act. There’s time to fix it, but of a sudden it’s an uphill climb. Game 2 is Thursday.