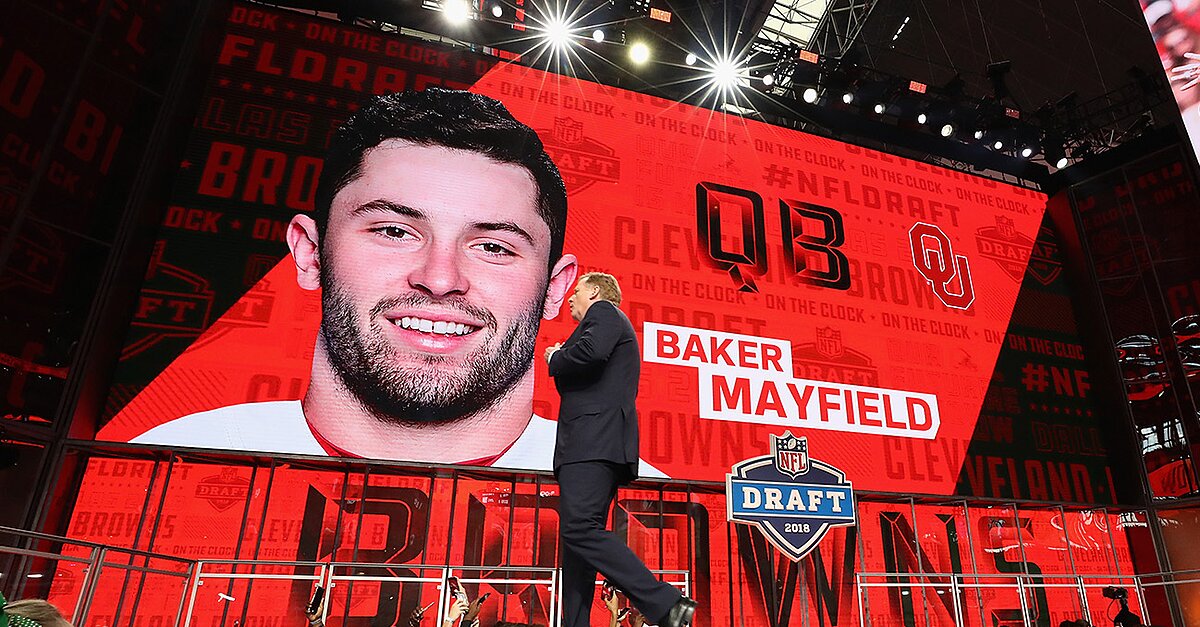 Baker Mayfield’s agent says Patriots considered trading up to No. 2 to select him

An agent for former Oklahoma quarterback Baker Mayfield said that the New England Patriots considered trading up to No. 2 to draft the Heisman Trophy winner.

Mayfield’s agent, Jack Mills said on Andrew Brandt’s “Business of Sports” podcast that New England could have traded with the New York Giants for the pick.

“We had another team which is going to surprise you. Another team had said, ‘You may get a big surprise on draft day, at No. 2, if he’s available.’ And it was the Patriots,” Mills said. “They had 23 and they had 31 and they had two seconds. We thought, ‘That’s gonna be a heck of a move, to get up that high from where they are.’ And of course he wasn’t available so we never knew if that was reality or not.”

The Giants selected Penn State running back Saquon Barkley with the second pick.

Mills was asked on the podcast if they expected to hear from the Jets, who had the third pick.

“We knew that was the bottom line. We had another team, which is going to surprise you. Another team had said ‘you may get a big surprise on draft day at number two if he is available,'” he said. “And that team was the Patriots.”

The Patriots stayed pat and used their first–round selections on Georgia offensive lineman Isaiah Wynn, with the 23rd pick and his college teammate, running back Sony Michel at pick No. 31.