London, UK – The echo of a football bouncing against an apartment wall gradually transitions into the boom of falling bombs until the child’s game ends in a final, deafening roar.

Khaled Abdulwahed’s video, Tuj – inspired by the artist’s return to his native Damascus in Syria – is an explicit reference to the complicated reality of war and the resilience of those in its midst.

The messy nature of contemporary conflict and the confused understanding of it are the central themes of Age of Terror: Art since 9/11, which opened in October 2017 and runs until May 28. It has so far drawn more than 12,500 visitors.

Rebecca Newell, IWM head of art, says the exhibition responds to the desire of visitors to the museum that it addresses contemporary conflict and has attracted a new kind of audience.

“It picks up on a widely developing canon of work by artists looking at issues relating to contemporary conflict – new types of conflict that aren’t as easy to categorise as in the past,” she tells Al Jazeera.

“It is absolutely right to say that terror is not a new issue and not a new subject – but we chose the 9/11 marker because it gives us a focus on contemporary conflict as opposed to work that comes from very different periods in history.”

Many of the works on display are disturbingly provocative.

In White House, Afghan artist Lida Abdul whitewashes the entire ruins of a former presidential palace outside Kabul to highlight the unseen damage caused by decades of war.

Jannal Penjweny’s Saddam is Here covers the faces of Iraqi sitters with photos of the deposed leader to evoke his ghostly legacy.

Walid Siti and Hanaa Maiallah use maps to evoke the borderless, ruinous consequences of war in Iraq. Hrair Sarkissian recreates the destruction of an apartment in Damascus, where his parents still live.

Staged in IWM’s centenary year and its largest ever contemporary art exhibition, Age of Terror departs from the 9/11 attacks on the US.

While the attack on New York’s World Trade Centers in 2001 offers a brutally obvious turning point in Western perceptions of conflict, this collection explores the self-harm inflicted on Western society thereafter as much as the crude violence it has imposed on others ever since. 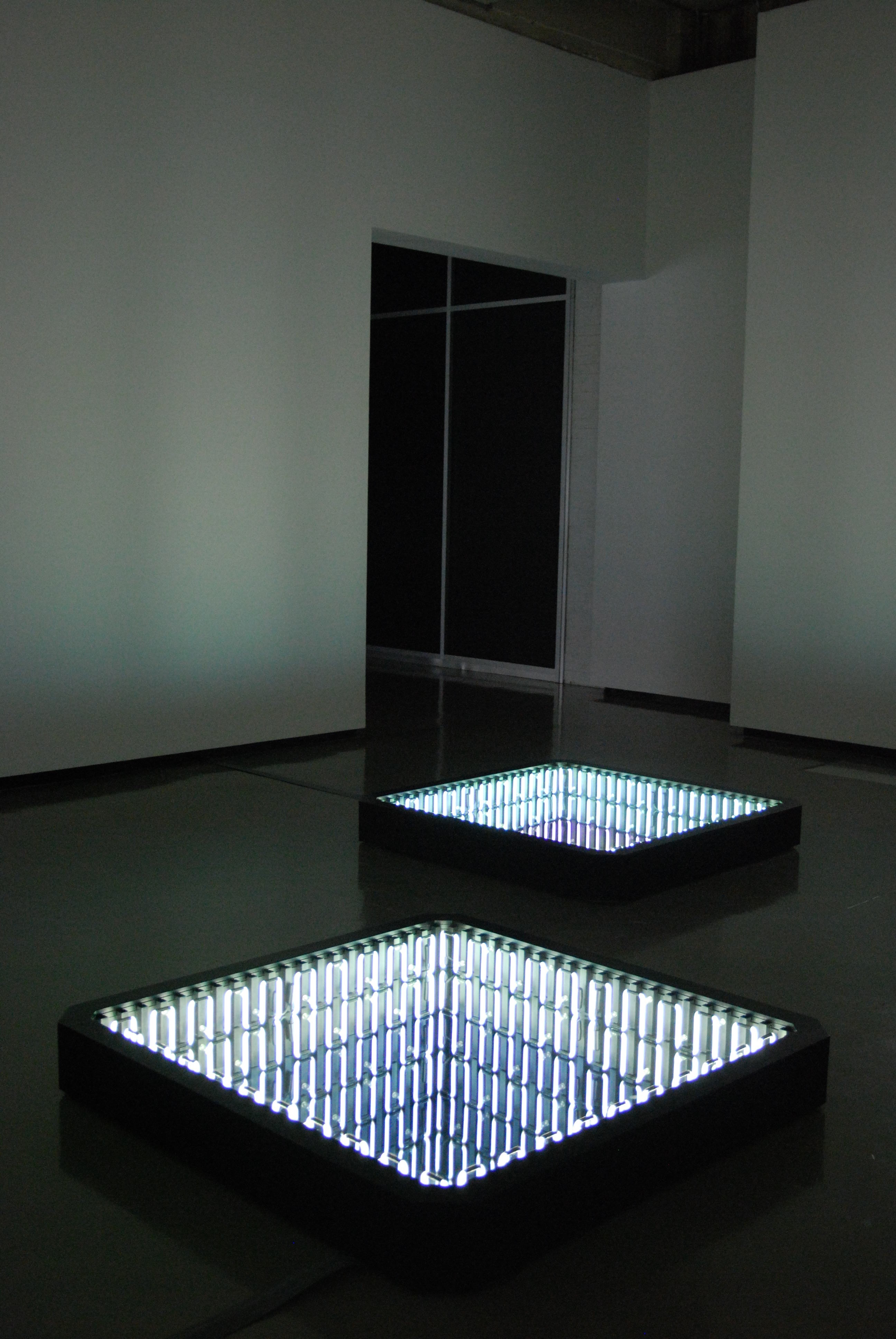 After initial, predictable referencing to the horror of 9/11 itself – Ivan Navarro’s clever use of lights and mirrors to recreate inverted Twin Towers is an obvious example – many of the works by US and European artists offer a highly self-critical response to the aftermath.

In a powerful statement of US ambivalence towards suffering, the German artist Fabian Knecht is filmed walking through New York wearing a dust-covered suit from a 2014 suicide bombing in Iraq.

A marble surveillance camera by the Chinese artist Ai Weiwei symbolises the erosion of human rights, while Shona Illingworth’s 216 Westbound explores the media’s role in building support for rights restrictions.

In a section on weapons, artists highlight the use of white phosphorous by US Marines at Fallujah, and a significant number of works draw attention to American drone attacks.

Newell says the strength of the show is its multiplicity of voices. 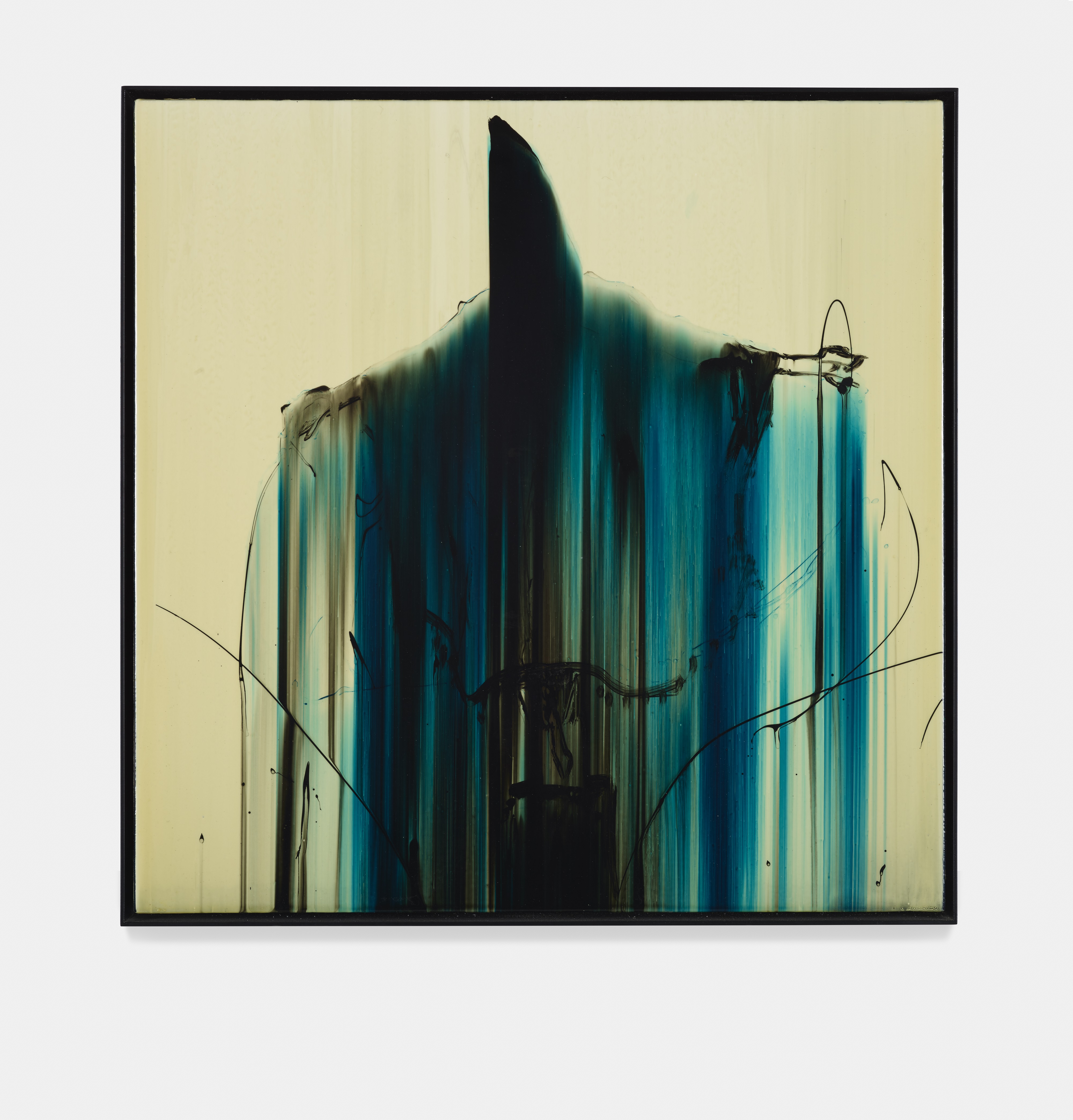 “It is actually quite a balanced view on lots of the issues that are raised, and if it comes down on a more negative side, it’s because that’s precisely what the artwork reflects.”

While it is tempting to conclude that the exhibition ducks issues of blame, Newell says it was not the intention to address culpability, a theme likely to be addressed in related events.

“This exhibition is about drawing attention to the complexity of these situations and actually steering people away from direct causality because it’s not particularly helpful when looking at contemporary conflict,” she says.

“Age of Terror is not about plotting history, it is about the artists’ responses to the events of 9/11 and afterwards, and we interrogate broader themes about how our society has changed as a result.”

The sense that there are no simple answers to questions raised by modern conflict is encapsulated by John Keane’s Bound – an image of an orange jumpsuit addressing the beheading of hostages in videos by the Islamic State of Iraq and the Levant (ISIS, also known as ISIL) group, and one of the few works to enter the mind of “terrorists”.

Responses to Age of Terror have been mixed, with reviewers arguing that it makes overly grand claims or that the artists have simply been unable to capture the immensity of what happened on 9/11.

Professor Julian Stallabrass of London’s Courtauld Institute of Art, an expert on war photography, praises the diversity of work on display, but questioned its point of departure.

“One of my students said one way of criticising the show would be that by beginning with 9/11 it makes it seem as if terror has come from nowhere and not out of a long history of oppression and colonialism – I think that’s certainly a powerful way of looking at it.”

Nonetheless, he said that while “terrorism”, like art itself, is notoriously difficult to define, the exhibition overall adopts a critical stance towards responses to 9/11.

“Terror and terrorism are notoriously difficult terms to get a grip on but, although it wasn’t quite explicit enough, the implication was certainly there that state terror is as much terror as that of the terrorists.”