London, UK – An independent legal campaign has been launched in the UK with the aim of initiating the prosecution of those responsible for crimes against humanity in Myanmar‘s Rakhine state.

The Justice for Rohingya Minority (JFRM) was launched at the Amnesty International’s UK headquarters in London on Thursday by freelance journalist Veronica Pedrosa, who has covered the Rohingya crisisextensively.

Comprising of activists, lawyers, academics and community leaders, the campaign will represent Rohingya refugees and other victims of crimes against humanity, genocide and war crimes instigated by the Myanmar authorities.

It aims not only to prosecute those responsible but also for repatriation and full citizenship rights for those forcefully expelled, by pressuring the UK government to put pressure on the Myanmar government.

Since the conflict began, about 1.1 million Rohingya have fled state-enacted violence for Bangladesh from what the UN says amounts to “ethnic cleansing”, creating one of the world’s worst refugee crisis.

Nearly 700,000 Rohingya have fled Myanmar since security forces launched a violent crackdown in the country’s western Rakhine state last August, according to the UN, in the wake of deadly attacks on military posts by a Rohingya armed group. 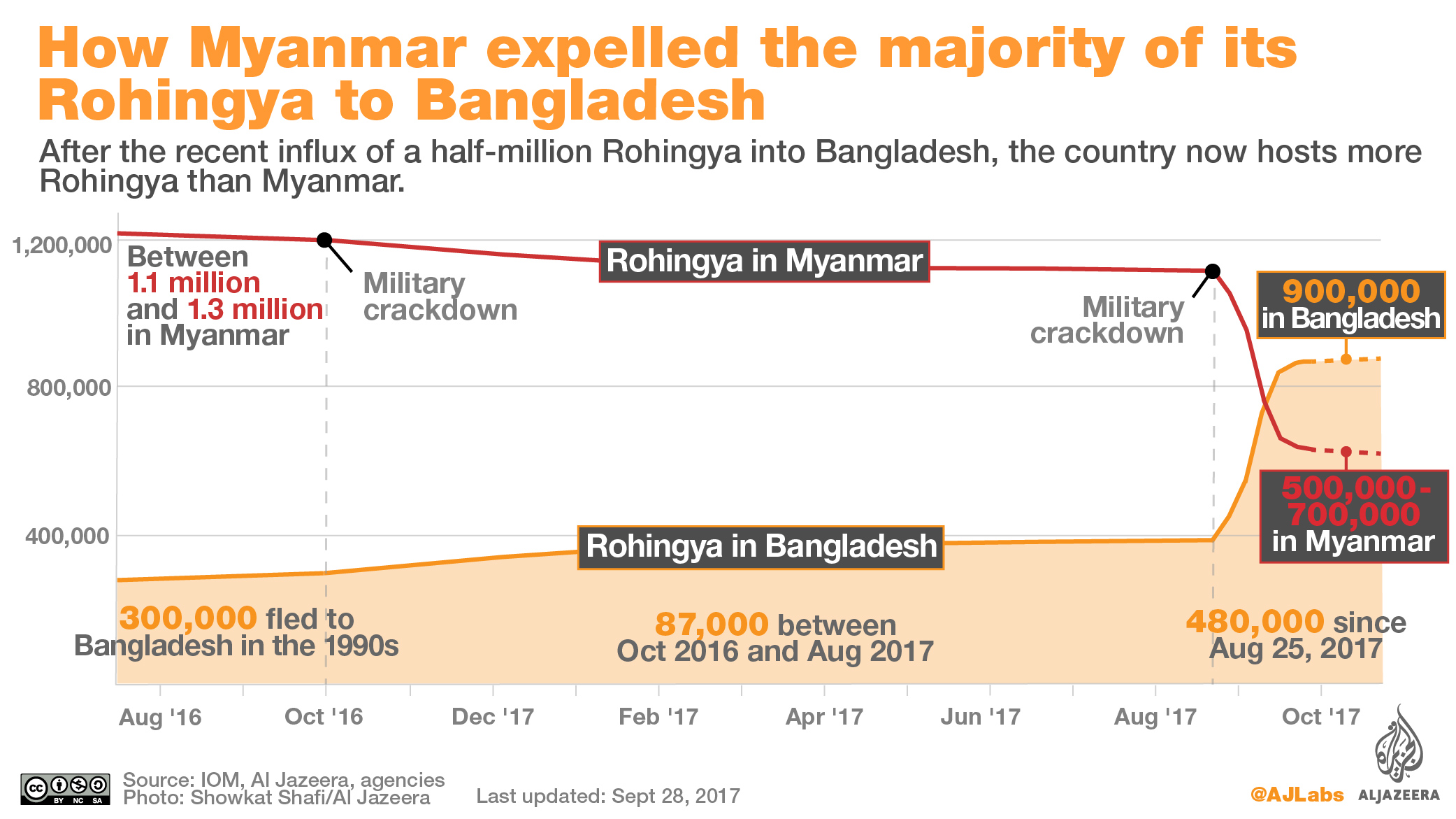 Rushanara Ali, MP for Bethnal Green and Bow and co-chair of the APPG Democracy in Burma, has welcomed the launch of the JFRM campaign.

“The violence in recent years in Rakhine has led to a million people being forced out of Myanmar and into Bangladesh.

“These refugees are suffering from a lack of humanitarian aid and medical supplies, and their temporary shelters are at great risk from the upcoming monsoon season.”

“Along with this important campaign, I call on the international community to work hard to ensure that those who ordered and perpetrated this violence face justice.”

Among them is Mark Farmaner, the director of Burma Campaign UK, who says the lacklustre international response has allowed Senior General Min Aung Hlaing, the Myanmar army chief regarded as the architect of the atrocities against the Rohingya, free rein to indiscriminately target what he described as Myanmar’s “final problem”.

“Nine months on from the start of this crisis, Min Aung Hlaing has paid no price for what he’s done,” Farmaner told Al Jazeera.

“We can see Min Aung Hlaing has stepped up his attacks against other ethnic groups now.

“He is emboldened, he has got away with it, and he’s now targeting other ethnic groups much more aggressively. It’s vital to end his sense of impunity.”

Farmaner, who is on the steering board of the JFRM, continued: “Instead the British government is talking about the Rakhine Commission recommendations that do not say the Burmese government must immediately give full citizenship to the Rohingya.

“This has led the Myanmar government and the military to believe, so far correctly, that they can carry out what the UN has said is the genocide of the Rohingya.”

“What has happened in Myanmar on the evidence that I have seen so far, rises certainly to the level of the most serious crimes that I saw in the Former Yugoslavia and Rwanda,” he said.

“What people don’t perhaps realise fully is the extent of the atrocities that have gone on within Myanmar.

“The rapes, the multiple killings, the torture, the massacres, this is a classic case of the most terrifying form of ethnic cleansing as the High Commission for Human Rights has pointed out.

“For the world to sit by and wring its hands and talk about donations to assist the refugee camps is slightly missing the point.

“This is a humanitarian disaster, and it’s time now for action to be taken in order to prevent a recurrence.”

For Nijam Uddin, general secretary of the British Rohingya Community UK and a Rohingya refugee himself, who spent 18 years in a refugee camp in Bangladesh, formation of the JFRM was necessary to prevent history from repeating itself and to give a voice to those unable to escape the violence.

“I have lost many of my relatives in recent violence in Myanmar. My parents’ village was completely burned down. My 11-year-old cousin was shot and killed at close range by the Burmese military.

“World leaders said ‘no more’ after the Rwandan genocide, but this is happening in the 21st century once again, this time against the Rohingya in Burma.

“We need this group, because we must bring the perpetrators to justice to send a clear message to others. If we don’t raise our voices against all kinds of persecution in the world, then nobody or no minority will be safe.”

Myanmar government has defended its handling of the crisis in Rakhine state and denied it was carrying out ethnic cleansing of Rohingya Muslims.

“There is no ethnic cleansing or genocide in our country,” U Aung Tun Thet, the chief coordinator of the government body dedicated to the Rohingya crisis, told New York Times newspaper in March this year.