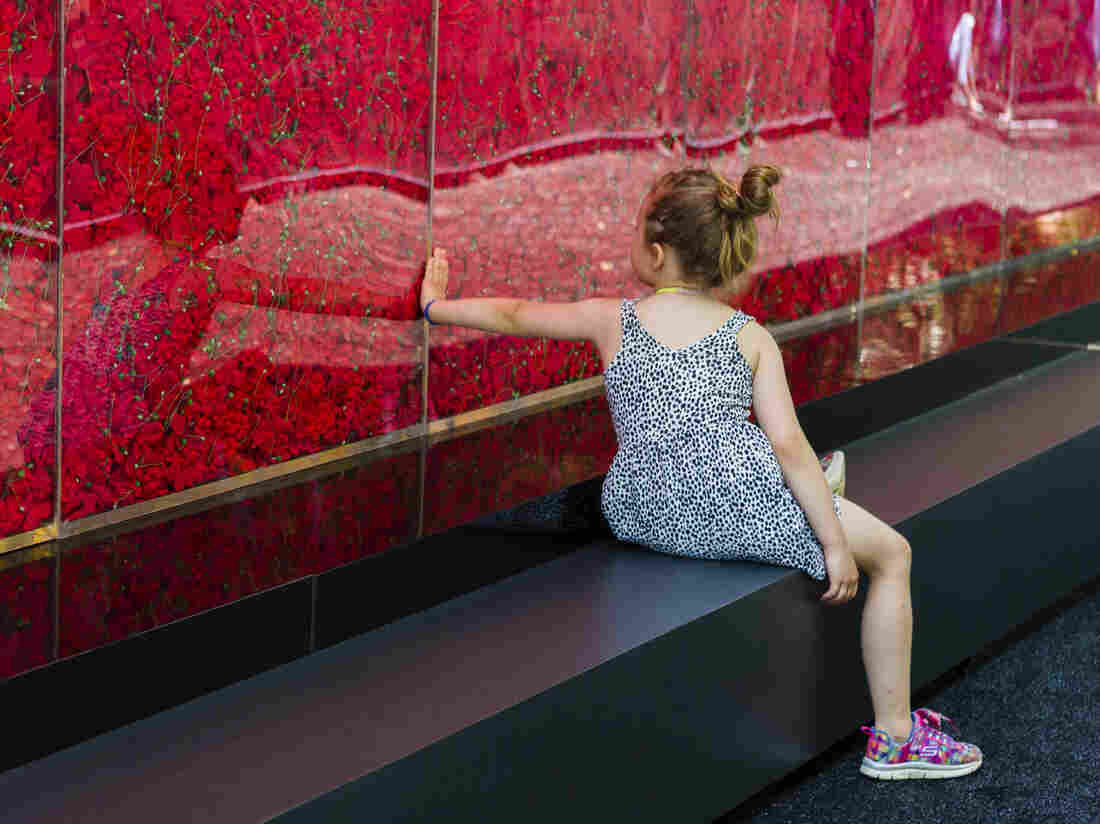 A girl visits The Poppy Memorial, a wall of 645,000 poppy flowers to honor the service members who have died since World War I. The USAA made the memorial that stands on the National Mall. Rodney Choice/AP hide caption 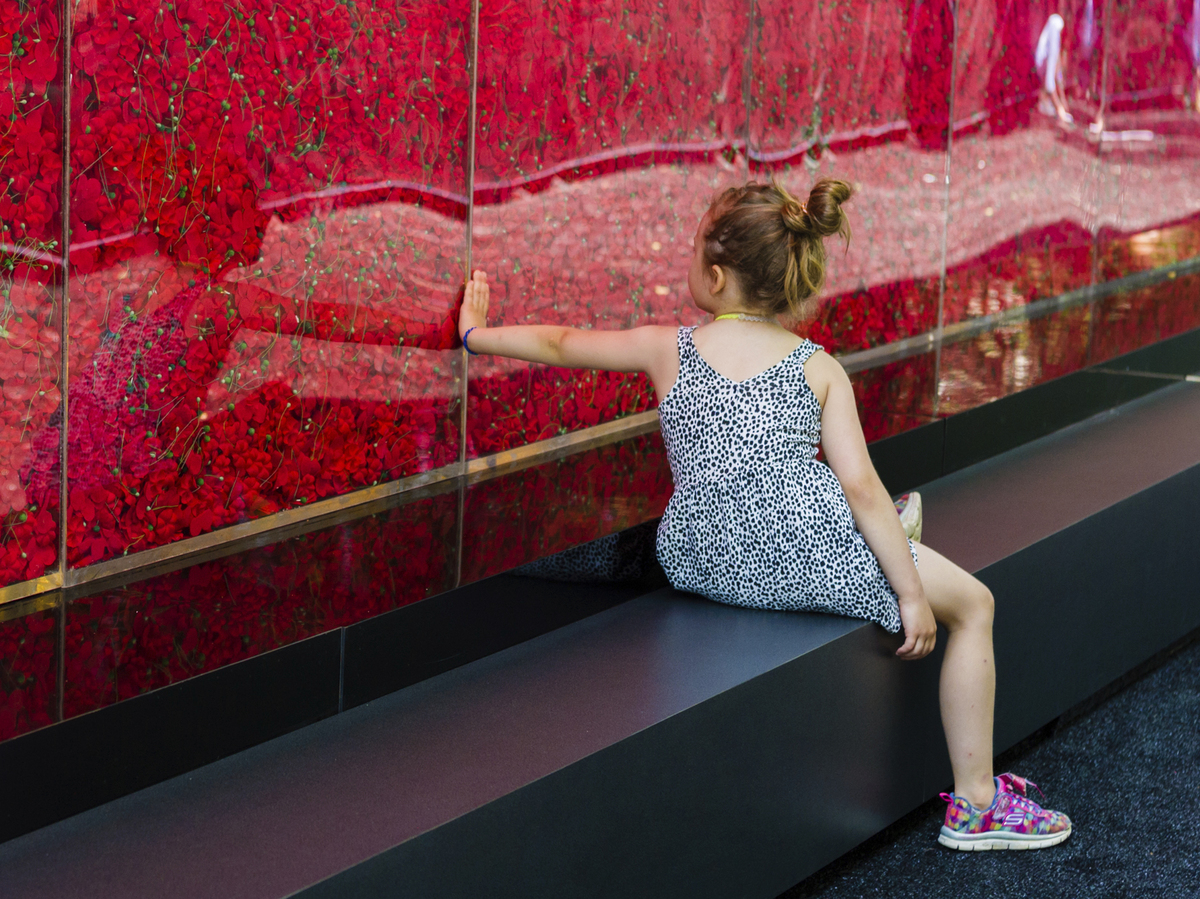 A girl visits The Poppy Memorial, a wall of 645,000 poppy flowers to honor the service members who have died since World War I. The USAA made the memorial that stands on the National Mall.

Visitors to the National Mall on Memorial Day weekend will encounter a wall of bright red poppies, installed to commemorate the men and women who have died in uniform in the century since World War I.

Retired Navy Vice Adm. John Bird tells NPR the project uses 645,000 synthetic flowers — one for each American killed in an international conflict since the start of World War I — pressed against acrylic panels, which are backlit for dramatic effect.

“What we hope to do is have people take a moment on Memorial Day and this weekend to stop and reflect on the incredible sacrifice of American men and women,” said Bird, senior vice president for military affairs at the United Services Automobile Association. The USAA — a San Antonio-based insurance, banking and insurance network for military members and their families — created the exhibit.

The wall of poppies includes an exhibit on the origin of the flower as a sign of fallen soldiers. Canadian military doctor John McCrae was the first to draw the connection, Bird said, with his 1915 poem “In Flanders Fields”:

Take up our quarrel with the foe:

To you from failing hands we throw

The torch; be yours to hold it high.

If ye break faith with us who die

We shall not sleep, though poppies grow

Three years later, American poet Moina Michael of Athens, Ga., sold red silk poppies to raise money to support veterans. She wrote the poem, “We Shall Keep the Faith” in response to McCrae and pledged “always to wear a red poppy of Flanders Fields as a sign of remembrance.”

For this year’s exhibit, the Veterans of Foreign Wars and the American Legion donated the flowers, Bird says, adding that reactions have been positive.