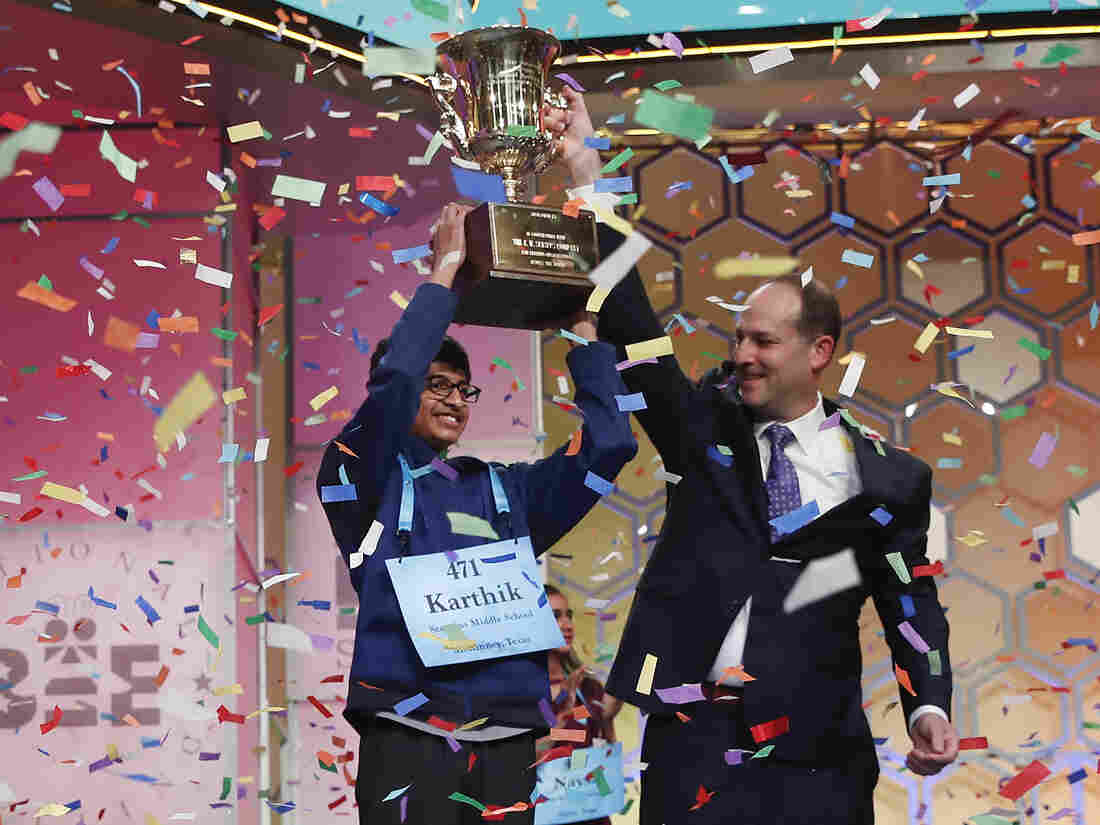 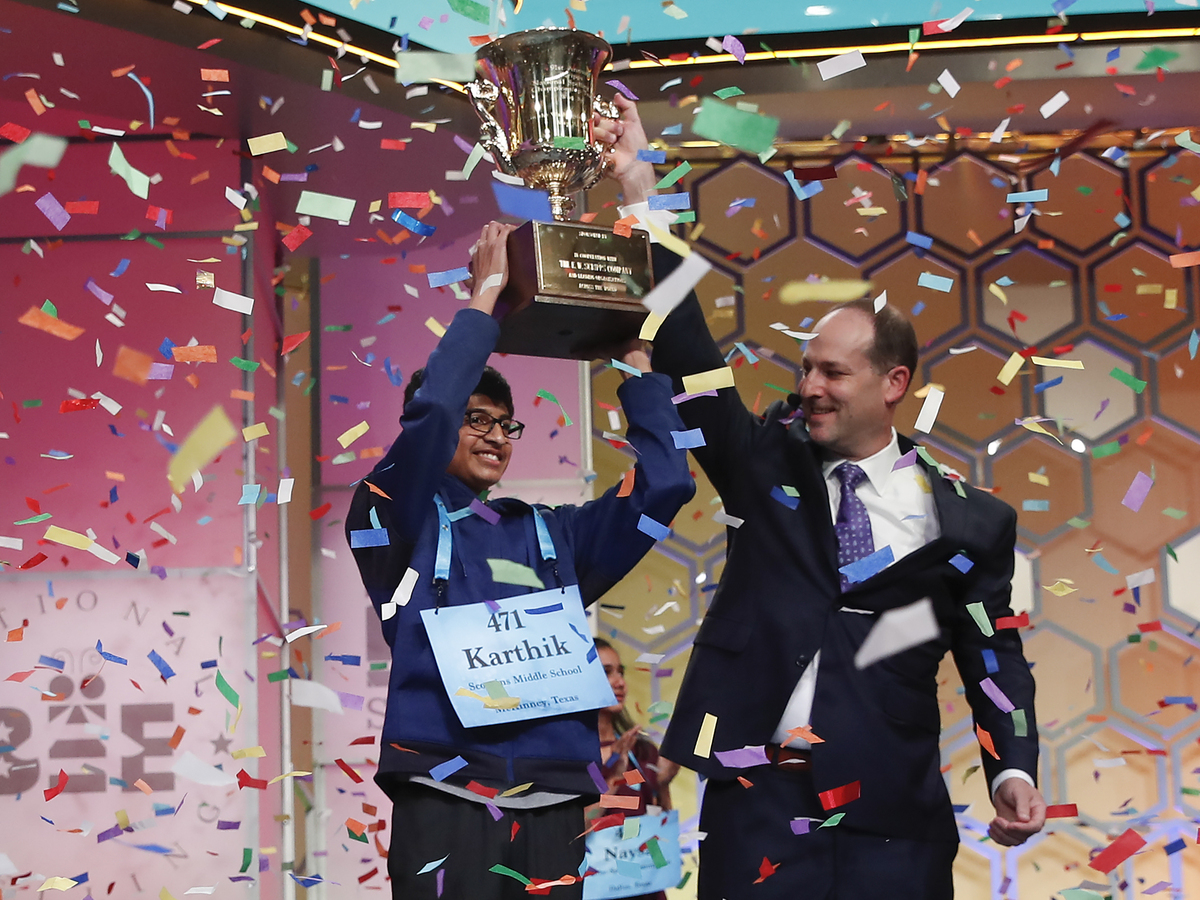 The annual event, held this year in Oxon Hill, Md., was runner-up Naysa Modi’s fourth national bee. The 12-year-old correctly spelled the words pareidolia, myrmecophagous, and forçat before the word that tripped her up: bewusstseinslage.

We’re down to the final three spellers in Round 16. The tension is beyond palpable. Can’t. Breathe. #SpellingBee

One dollar per day is all that Walmart employees will need to pay to take online classes towards a college degree. The company announced this week it will cover the rest — including books and other fees.

Walmart said it is partnering in the new benefit with a Denver-based startup, Guild Education, which provides employer-based education benefits.

All 1.4 million full- and part-time Walmart employees will have the option — once they’ve been on the job for 90 days — to pursue an associate’s or bachelor’s degree online. Degrees in Business or Supply Chain Management will be available from one public university — the University of Florida —and two online, nonprofit schools, Brandman University and Bellevue University.

In a news release, the company said it chose these programs because of their focus on adult learners — a group that makes up almost one third of undergraduates in the U.S. today.

(The nonprofit Public Agenda is out with a new study this week on the experiences and needs of adult college students.)

Students at Santa Fe High School in Texas headed back to school on Tuesday, 11 days after a shooter killed 10 people there.

The Broward County, Fla., schools received $1 million after the Parkland shooting in February.

On Wednesday, the Republican governor of Texas, Greg Abbott, announced his plan for making schools safer. His vision includes what he calls “school–hardening strategies,” like increasing police presence in schools and arming additional school personnel.

A new study tracks levels of social and emotional learning in school-age children and finds differences by gender, race and ethnicity and family income.

The report, from Policy Analysis for California Education (PACE), used survey responses from hundreds of thousands of students in a network of urban district in the state. The researchers looked at four key areas of social and emotional learning: self–management, self–efficacy, social awareness and growth mindset.

One key finding? “Girls report higher self-management and social awareness than boys,” the researchers write, “but their self-efficacy drops sharply relative to boys in middle and high school.”

The findings could be for a few reasons, the study says. One possibility is that students of color and economically disadvantaged students are more likely to report experiencing trauma, which could affect their learning.

Students of color “rate their school’s culture and climate less favorably than do their white peers, even when they attend the same school,” the researchers noted.