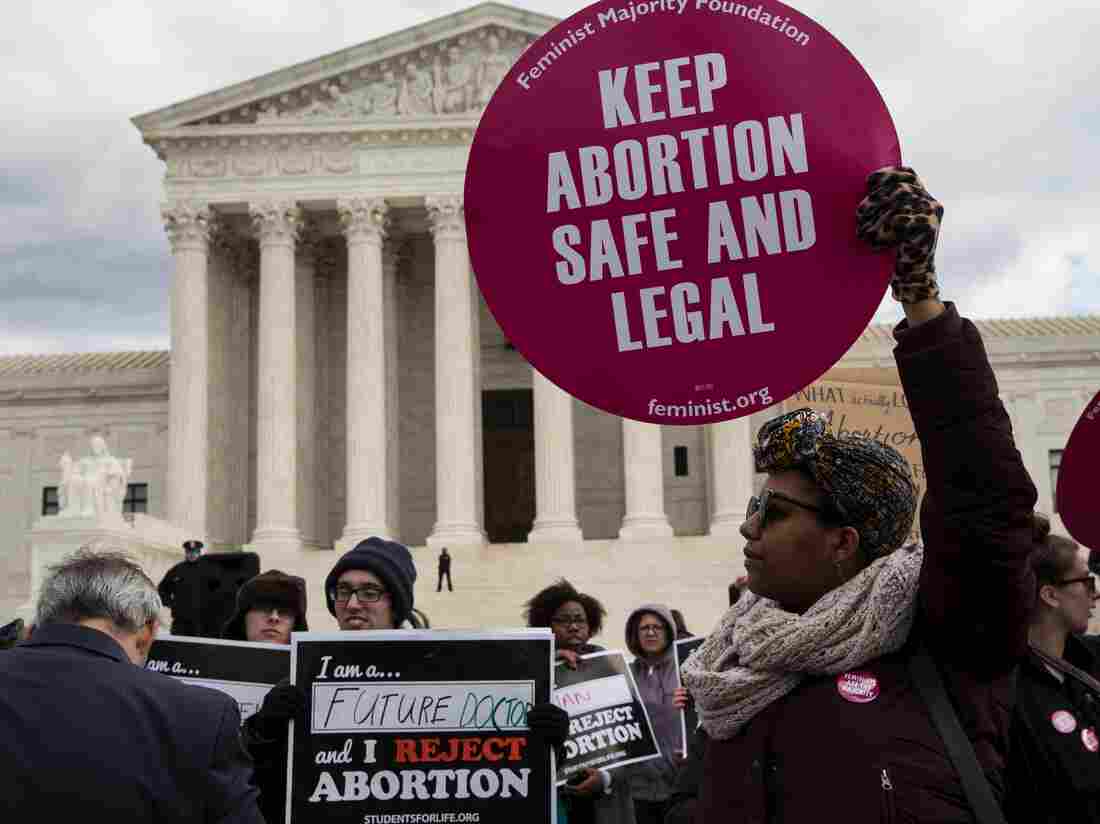 Abortion rights supporters and opponents protest outside the U.S. Supreme Court on January 27, 2017. The issue of abortion will spark millions of dollars in spending on advocacy for and against President Trump’s Supreme Court nominee. Zach Gibson/AFP/Getty Images hide caption 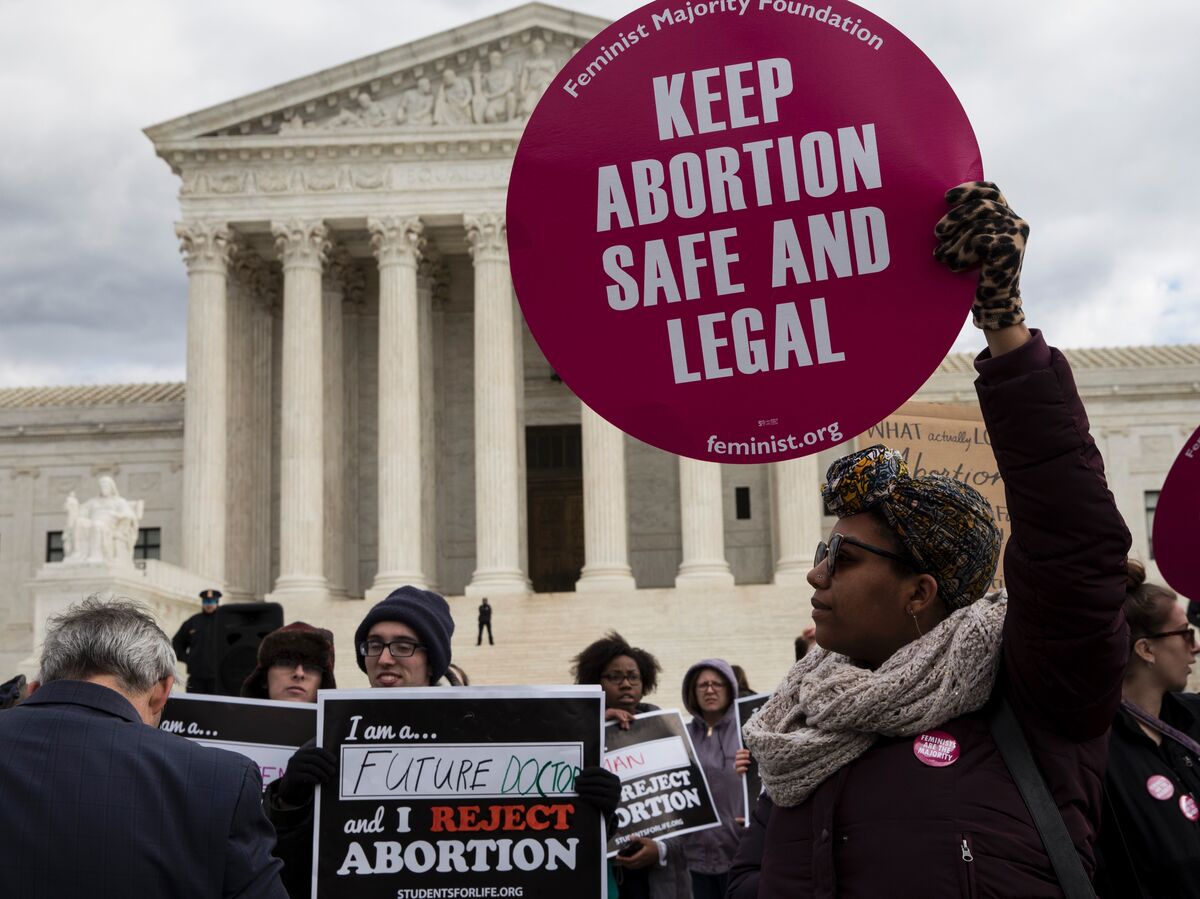 Abortion rights supporters and opponents protest outside the U.S. Supreme Court on January 27, 2017. The issue of abortion will spark millions of dollars in spending on advocacy for and against President Trump’s Supreme Court nominee.

President Trump hasn’t yet nominated a replacement for Supreme Court Justice Anthony Kennedy, but the fight over confirming that nominee began the day Kennedy gave notice.

The Judicial Crisis Network, a conservative nonprofit, posted an online ad slamming the “extremists” who will “lie and attack the nominee.” It warned, “But don’t be fooled. President Trump’s list [of potential nominees] includes the best of the best.”

To wage this high-decibel debate, each side is expected to spend tens of millions of dollars. That kind of money can win you a Senate seat. But a Senate term only goes for six years; the Supreme Court bench is good for a lifetime.

The ads, of course, will get more specific once Trump names a nominee on July 9 — and Democrats have begun their attacks.

“We’ve seen that this has become part of their playbook, to do character assassination and distortions of people’s records,” said Carrie Severino, chief counsel and policy director of the Judicial Crisis Network. “We want to make sure there’s someone there to defend the nominee, who is not really in a position to defend him or herself.”

So the Judicial Crisis Network, which pledged $10 million to win confirmation for Justice Neil Gorsuch last year, is gearing up again. Plenty of other groups are mobilizing too: the Koch brothers’ Americans for Prosperity, which said it’s “prepared to commit seven figures,” the anti-abortion Susan B. Anthony Fund, Heritage Action and others.

Severino said, “There are well over 100 different organizations — grassroots groups — on the center-right-libertarian, who are very excited about this nomination.”

The obvious flashpoint on the nomination is the 1973 ruling Roe v. Wade that legalized abortion nationwide. Kennedy has upheld abortion rights, while Trump promised justices who will overturn Roe.

Adrienne Kimmell, vice president of NARAL Pro-Choice America, said the organization’s 1.5 million members will be contacting senators. “Any nominee that they vote on of Trump’s is a vote to overturn Roe,” Kimmell said. “Like, that is our focus, to ensure that that message is communicated.”

The group published a web video after Kennedy’s announcement to press the point.

Supreme Court nominees are almost always confirmed. Senate Republicans are looking to waste no time and put a new justice in place by the time the new court term begins in early October.

But some liberal groups say this won’t be like other confirmation fights, and they hope to put the future of the Affordable Care Act, or Obamacare, at the center.

At the Leadership Conference, an umbrella group of more than 200 organizations supporting civil and human rights, executive vice president for policy Kristine Lucius said, “This president, different than others, has clear litmus tests, and has a short list of 25 nominees who have all passed those litmus tests. And two of those litmus tests go directly to access to health care” — that is, abortion rights and the Affordable Care Act.

“We’re going to have a very strong test, but we want good, strong conservative people that are extremely smart,” Trump said. Referring to Chief Justice John Roberts, a Republican appointee, he said, “I’m disappointed in Roberts ’cause he gave us Obamacare. You know he had two chances to end Obamacare. He should have ended it by every single measure and he didn’t do it. So that was a very disappointing one.”

If health care is in the debate, Lucius said the battle will look less like other confirmations, and more like Trump’s attempts to repeal Obamacare, which the Senate rejected last year.

She said opposition to the nominee would become bipartisan. “I think you’re going to see more passion, more people demanding the Senate say, ‘No.'”