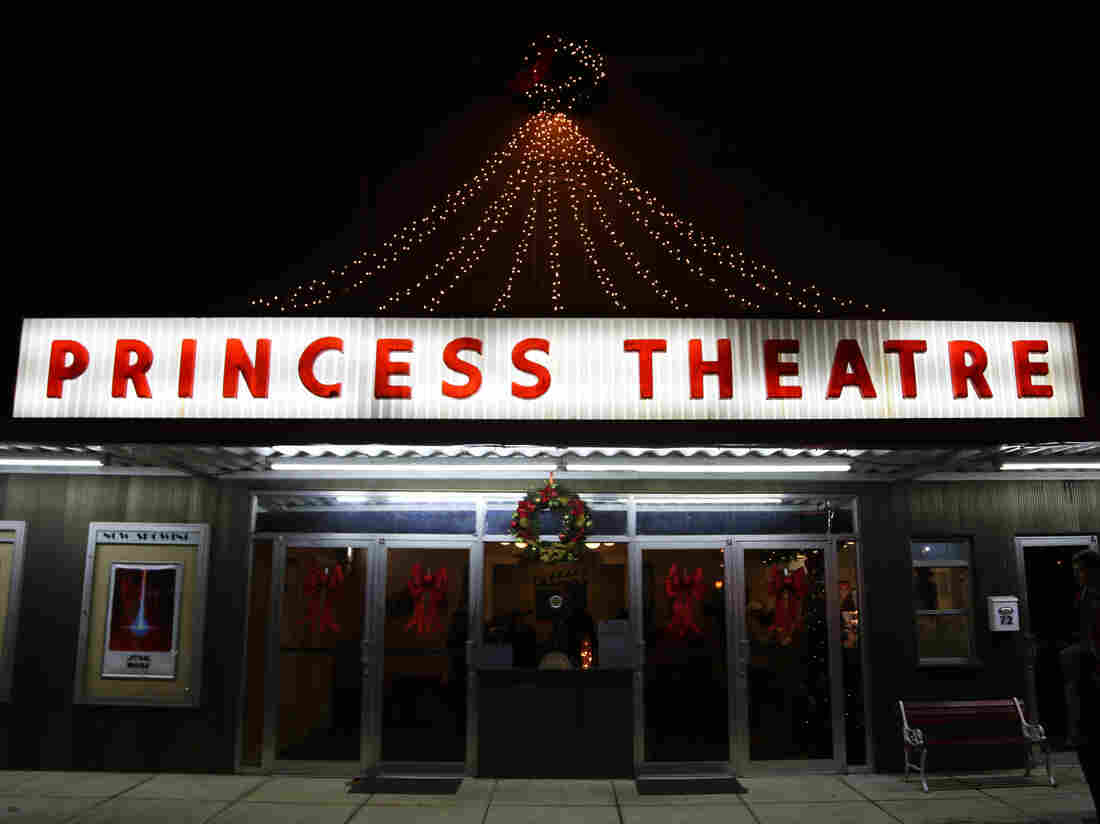 The Princess Theatre in Lexington, Tenn., has been a staple in the community for a century. For many residents, it holds a special place in their memories. Megan Harris hide caption 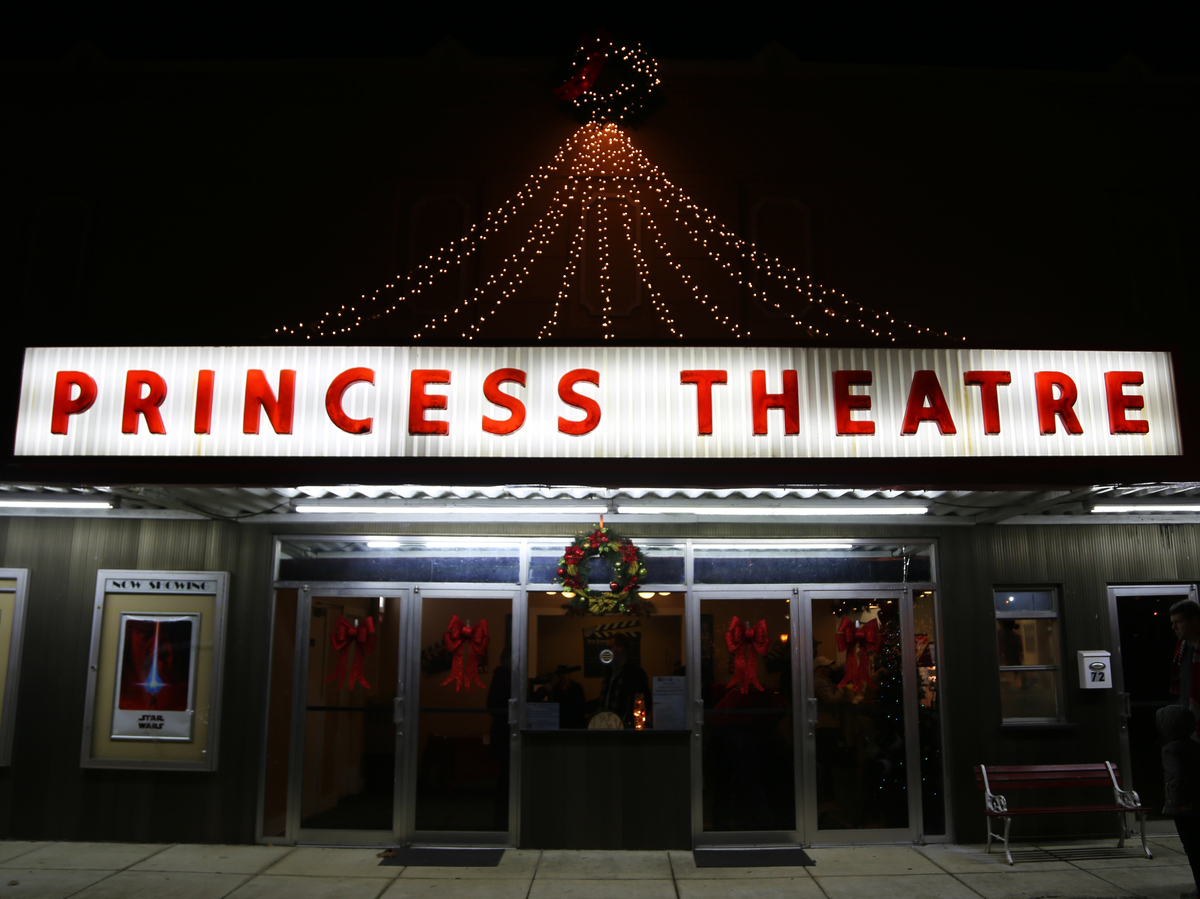 The Princess Theatre in Lexington, Tenn., has been a staple in the community for a century. For many residents, it holds a special place in their memories.

There’s no shortage nowadays of competitors for your entertainment dollar. On-demand television, games on your phone, even workouts, sports or cooking videos streamed into your home are all a click or swipe away.

In Lexington, Tenn., one century-old, one-screen theater is taking a decidedly homegrown approach to winning over — and keeping — its customers, and it involves a 50-year-old popcorn machine.

Before each showing, David Campbell-Watts addresses the crowd of moviegoers inside the Princess Theatre. He always waits to start the trailers so he can catch folks up on big happenings downtown and offer, one last time, to personally grab a popcorn refill.

“Everybody has to have something that they do in their business that kind of sets them apart,” he says.

The decades-old popcorn maker is Campbell-Watts’ favorite unique offering from the theater. Its soup-pot-sized kettle sits behind Plexiglass doors in a machine taller than he is.

“We call ‘It’,” he says. “It. It makes great popcorn. We always refer to it as It, so it always sounds like something off the Addams family. Cousin It back here.” 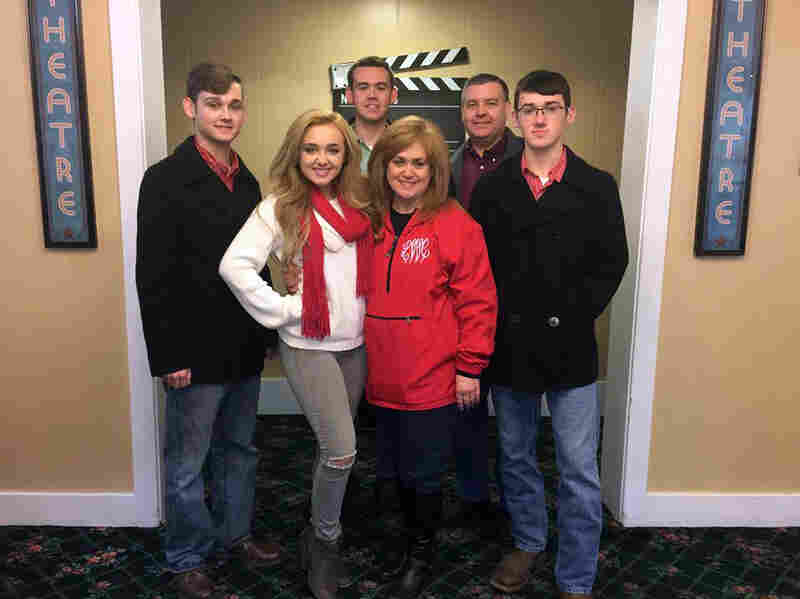 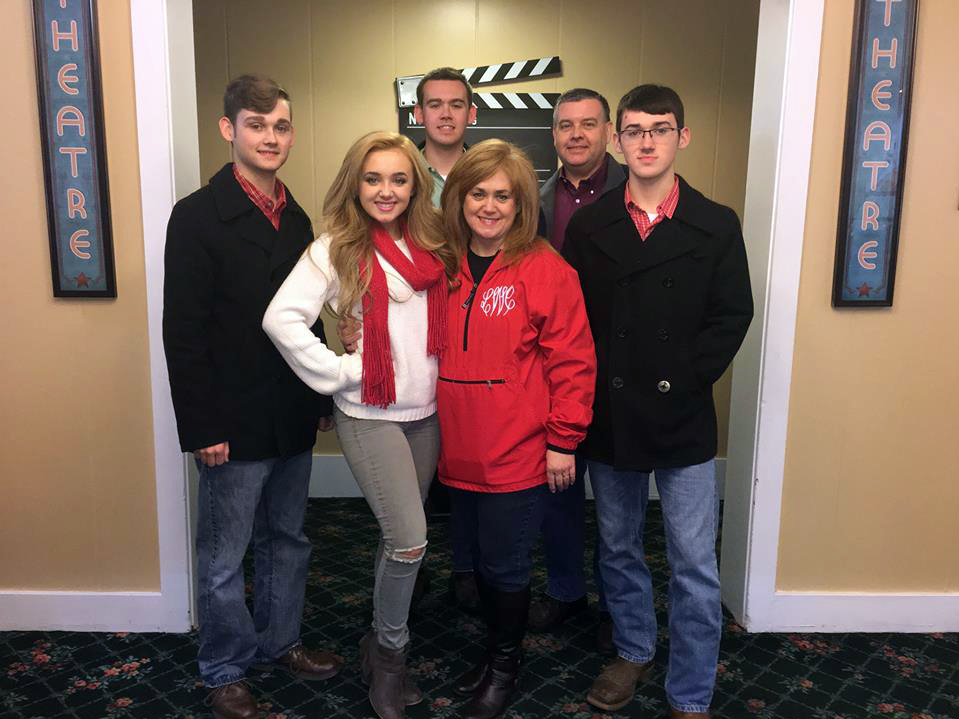 The Campbell-Watts family took over the theater two years ago.

The old popper served its first batches of buttery goodness beneath Sergio Leone’s The Good, the Bad and the Ugly in 1968. (The movie itself came out in 1966.) That showing was also the Princess’ first picture shown to a fully integrated crowd.

Former Henderson County Historian Clay Crook remembers walking over to the theater that year on a school field trip.

“We had all taken our seats and a very wonderful and lovely woman of color, Mrs. Robinson, was one of our 2nd grade teachers,” he says. “And she looked up toward the back and then down at us and she says, ‘This is the first time that I’ve ever been downstairs.’ “

It was a big milestone for Lexington. For many of its residents, the Princess Theatre plays a part in several memories. They remember when country stars Roy Acuff and Gene Autry dropped by, or when the real-life inspiration behind the Walking Tall films shook hands with locals in the lobby.

McArthur Lewis, 73, remembers vividly the years when a local school bus driver would haul the farm kids into town on Saturdays for 10 cents a head.

“I can’t imagine anybody not coming to the theater that lived in Lexington or close to Lexington, regularly,” he says.

And everyone remembers when Elvis made his film debut. Lewis says lines went clear around the block.

Owner Lisa Campbell-Watts says she revels in that nostalgia. When her family took over two years ago, folks needed peace of mind — to know the Princess and its history would be appreciated.

“Everybody wants to be part of a family,” she says. “You want to have people who love you, and when you come in, they’re excited to see you. I think that’s a very important part of this business. And I think it’s something that’s missing in the world today that we need to bring back, that people are accepted and that they’re loved.”

For the Campbell-Watts family, those announcements down front and anecdotes about a very old popcorn machine are all part of the same story, one they hope to savor — with a large buttered popcorn or two — for years to come.

NPR’s Isabel Dobrin in Digital News produced this story for the Web.