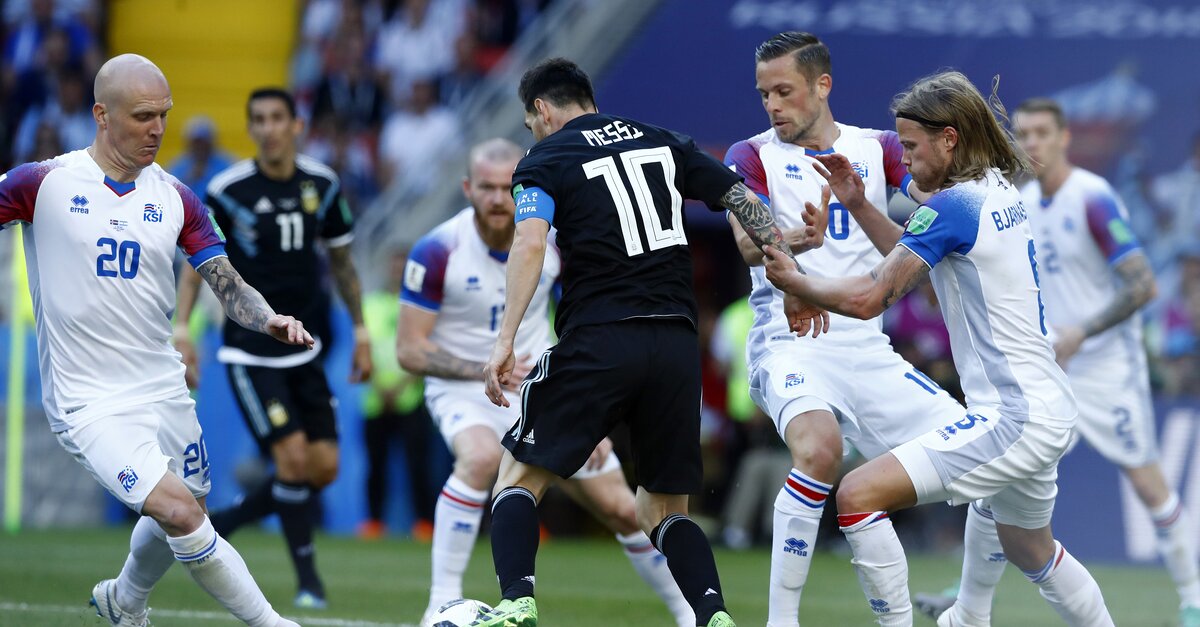 99.6% of TV viewers in Iceland watched their 1-1 draw versus Argentina in the World Cup on Saturday.

As Iceland made their stunning World Cup debut on Saturday with a 1-1 draw against Argentina, the entire nation appeared to be watching. 99.6 percent of TV viewers in Iceland watched the match, the team announced.

The world was stunned on Saturday when Iceland’s goalkeeper Hannes Halldorsson came up with a big save and stopped Lionel Messi’s penalty kick. Messi fouled in the 62nd minute of the game with the score at 1-1 but couldn’t deliver on the penalty kick.

There were plenty of watch parties on Saturday for the historic match. Fans went wild after Iceland scored their first World Cup goal.

Iceland is the smallest nation to ever qualify for a World Cup with a population of about 337,000 people.

The nation also came out in full force to watch Iceland when they made their major tournament debut in Euro 2016. Iceland had a historic 2-1 victory over England during the tournament, and 99.8 percent of TV viewers tuned in.

Sign up for a FREE trial of SI TV to watch our exclusive mini-documentary “Exploring Planet Fútbol – Iceland,” in which Grant Wahl travels the country in search of the stories behind its incredible growth as a soccer nation.