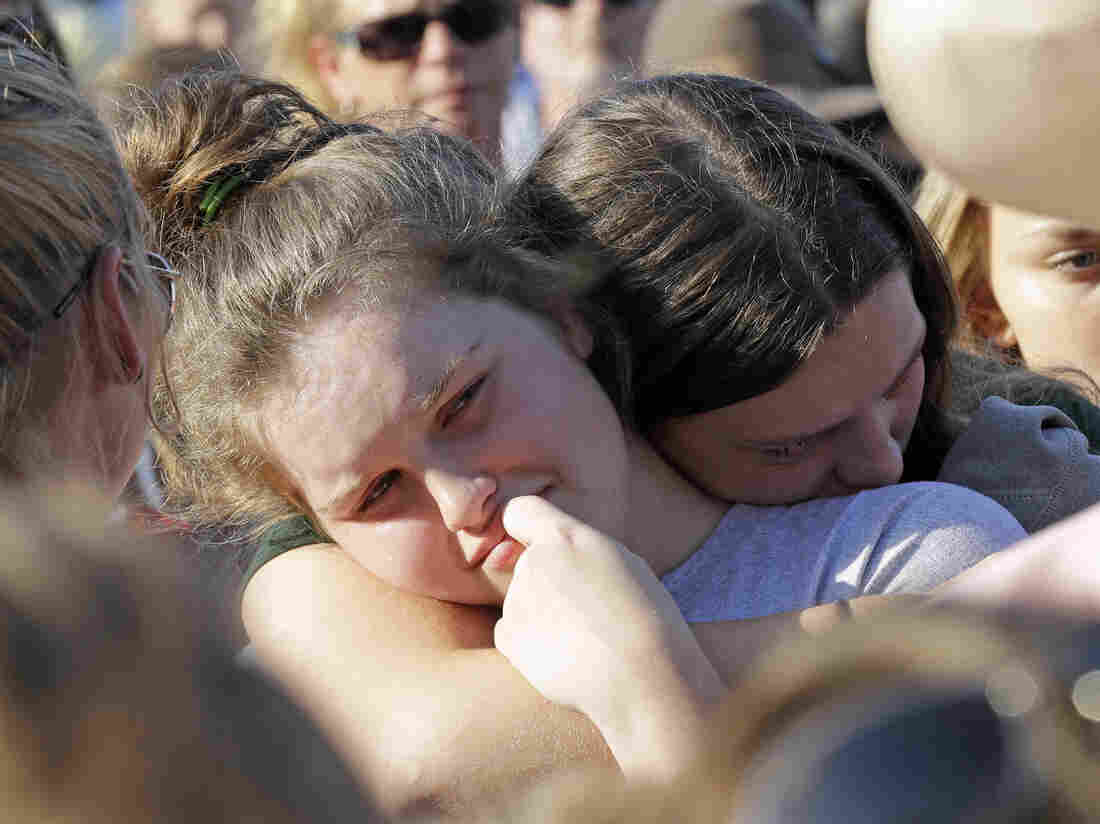 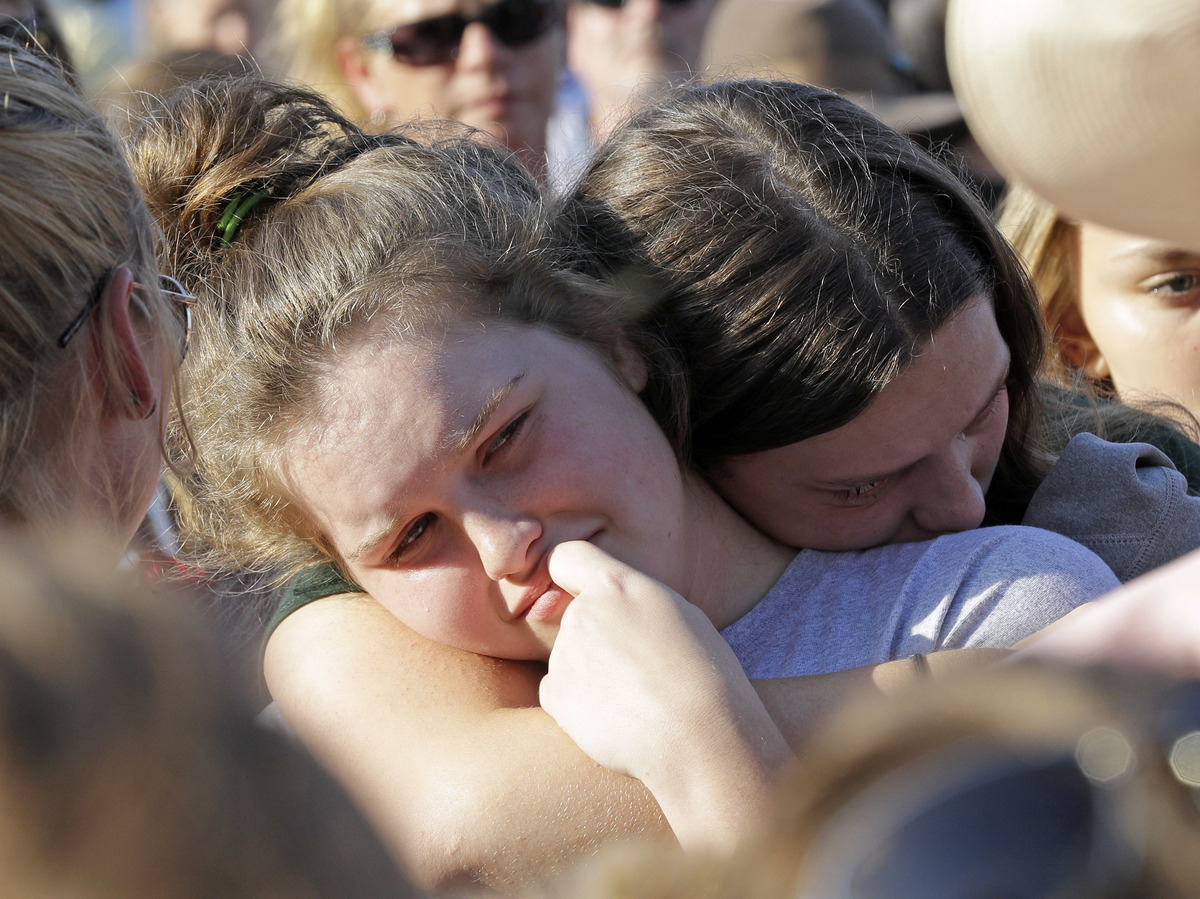 After the chaos of a deadly school shooting parents, relatives and friends scramble to find their loved ones. Meanwhile, authorities set about the work of providing medical attention to the wounded and identifying the bodies of those who are killed.

Here’s what we know about the eight students and two teachers who died at the hands of the suspected shooter — 17-year-old Dimitrios Pagourtzi — during the 15-minute assault at Santa Fe High School in Texas on Friday.

The attack is the the worst school shooting since 17 people were killed at Marjory Stoneman Douglas High School in Parkland, Fla., two months ago.

Sabika Sheikh, 17, was a foreign exchange student from Pakistan studying at the high school as part of the Kennedy-Lugar Y outh Exchange and Study Program, the Pakistan Embassy in Washington confirmed in a statement.

This is Sabika, she’s a friend of ours and she’s an exchange student from Pakistan. Today, she was killed in the school shooting of Santa Fe, Texas. I never took this personally but now I’m devastated and I think something should be done. This could be any of us. pic.twitter.com/raJ2KurL27

Her family, who lives in Karachi, described a day of agony as they waited for news about the deadly attack by a suspected classmate.

“We found out about the shooting from a local TV channel and tried, but failed to contact Sabika and her friends,” Sabika’s father, Abdul Aziz, told the Associated Press. It was only “after a four to five hour delay” that officials from study abroad program confirmed the devastating news.

He said Sheikh was due to return home on June 9.

In a Tweet posted on the U.S. Embassy Islamabad feed, Ambassador David Hale called Sheikh “a bridge between our peoples and cultures.”

This morning, I called the family of Sabika Sheikh and offered my deepest condolences. All of us at the U.S. Mission in Pakistan are devastated by and mourn her loss. We will honor her memory. #AmbHale #USEmbassyISB pic.twitter.com/Q8ZhF27gGz

Chris Stone, 17, was in the final weeks of his junior year and was in the art class where witnesses say the shooting took place.

His family shared recent photos of the teenager dressed in a tuxedo, including one with Bresdon Perez who identified himself as Stone’s cousin. In a message on Twitter, Perez mourned Stone’s death writing, ” I love you cousin, I didn’t say it enough. I miss you, now more than ever. In my heart and our family’s, you will be with us forever.”

Angelique Ramirez’s aunt, Sylvia Pritchett, confirmed her niece’s death in a Facebook post that followed pleas for information about the teenager’s whereabouts.

Pritchett said, the family had learned Ramirez had been shot in the leg before she died.

In separate Facebook post, Araceli Ramirez, who appears to be Angelique’s older sister, wrote: “i’ll never forget my best friend, the first baby i ever held in my arms.. my baby sister, the person who looked up to me for the longest time, she was so outgoing, so precious, kind, beautiful, smart…”

Kimberly Jessica Vaughan was among the students in the art class Friday morning, according to a Facebook message by her mother Rhonda Hart, who wrote the post after failing to hear from her daughter.

Hart updated her feed with other posts, including a call for gun control. ” Folks-call your damn senators. Call your congressmen. We need GUN CONTROL. WE NEED TO PROTECT OUR KIDS,” she wrote.

Hours later she added, “#fightforkim #kimberlyjessica #oneof10 We need to fight for our kids. This is complete bull****.

Shana Fisher celebrated her 16th birthday just nine days before she was killed on campus, her mother told the Houston Chronicle.

“She was shy and sweet,” her mother said. “She had a lot of love in her heart.”

Candi Thurman, who says she is Fisher’s aunt, said in a tweet the teen was in art class at the time of the shooting.

Fisher’s parents told the local ABC station, WFAA, they believe she was one of the first victims killed.

Her family isn’t being allowed to see her body yet. An autopsy is planned for Monday, the station reported.

A Facebook post from Pastor Keenan Smith of Crosby Church in Crosby, Texas requested prayers for the family of a 15-year-old member of the congregation named Christian Riley Garcia.

According to the post, Garcia grew up in the church and was baptized there. It also featured a recent photo of him at a construction site, next to a door frame with scripture written on it. The post says it was going to be his new bedroom.

Perkins, a substitute teacher, was among two adults killed in the shooting. According to those who knew her, she was a well-loved figure on campus and in the community and was sometimes referred to as “Grandma Perkins,” CBS Dallas / Fort Worth reported.

Ann Perkins was a beloved teacher, family friend, & woman. She enjoyed spending time with her children, grandchildren, & students. She lived an impeccable life filled with traveling, love, family, & a bit of champagne. Rest easy our beautiful nurturing angel. I love you. 💛☀️ pic.twitter.com/E4F1ss1hQb

A Facebook post by a friend confirmed her death and called for prayers for her surviving husband and daughter: “Ms. Ann, has passed away as a result of today’s tragic events. She was an amazing mom and an adored substitute who was loved by all.”

Cynthia Tisdale, 63, was the s

econd substitute teacher killed in the deadly attack. Her son, Recie Fisher, told the Washington Post that she was a substitute who frequently worked at Santa Fe High School.

Tisdale’s brother-in-law, John Tisdale, described the mother of three as a hard working woman who shouldered heavy financial responsibilities for the family. In a Facebook post he said after Tisdale’s husband, William Recie Tisdale, was diagnosed with idiopathic pulmonary fibrosis and became unable to work, she took on a second job as a server at a local restaurant.

“I am certain if we could talk to Cynthia, who is in heaven, the first thing she would say is she is concerned how Recie is going to make it…now that she can’t bring in the extra money to pay the bills. That’s the kind of person my sister-in-law was!”

In addition to her husband, Tisdale is survived by three children and 11 grandchildren.