The 2017/18 season has been up to its usual rip-roaring, heart-racing standard, with a number of tenacious talents lighting up their leagues with a series of electrifying performances. The kind of players who simply refuse to give up under pressure.

Here’s a look at eight of the most unstoppable player’s across Europe this season:

To say the 2017/18 campaign has been a breakthrough season for Lyon sensation Nabil Fekir would be somewhat of an understatement.

The French international has set Ligue 1 alight with his performances throughout the season, scoring 23 goals and producing nine assists in all competitions.

Fekir will be on the plane to Russia for the World Cup next month, where he could take his reputation to the next level on the world stage. Atletico Madrid have had a superb 2017/18 season, powering their way to a second place finish in La Liga while scooping the Europa League to boot.

Los Colchoneros had the best defensive record across the elite European Leagues during the 2017/18 season, with defender Filipe Luis playing a massive part in this success.

The former Chelsea man has been simply unstoppable at the back for his side this season, and has proven he can still cut the mustard at the age of 32. While a number of the Citizens stars has shone, Belgian bastion of brilliance Kevin De Bruyne has been at the heart of everything good for his side

KDB has shone in the middle of the park this season, with eight goals and 16 assists, as well as a stunning the Etihad Stadium faithful with his impressive passing range.

Over in Italy, Juventus stormed to their seventh Serie A title in a row, largely due to the phenomenal efforts of their formidable forward, Paulo Dybala

Even a lengthy lay off with an injury couldn’t stop the Argentine ace from achieving this season, as he went on to bag 22 goals for the league campaign, including three hat-tricks.

Playing in an Argentina side along with Lionel Messi and Sergio Augero, at the World Cup this summer, Dyabala is likely to take his game to even greater heights. 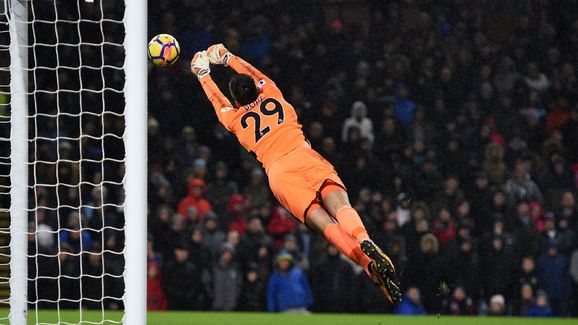 Arguably the breakthrough star of the Premier League this season, Burnley’s Nick Pope’s heroic efforts in goal have seen him book his place in England’s World Cup squad.

Deputising for the injured Tom Heaton, Pope has risen from obscurity to ubiquity, with his acrobatic goalkeeping talents seeing him become the toast of Turf Moor.

The 26-year-old will certainly be hot property in the summer transfer window, as top teams look to bag themselves a reliable shot stopper. 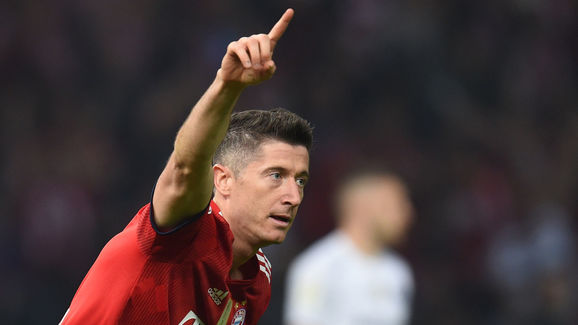 As reliable as he is prolific, Bayern Munich beanpole Robert Lewandowski has caused unparalleled havoc this season, scoring 31 goals in all competitions.

The Polish pioneer has also managed to scoop the Bundesliga top scorer award for the third time, 14 goals ahead of his closest rival, Freiburg’s Nils Petersen.

Blessed with a natural eye for goal and a domineering presence in the penalty area, Lewandowksi has proved a nightmare for opposition defenders across Europe. Despite his side losing out on the league title to their fierce rivals Barcelona, Cristiano Ronaldo has been at his usual imperious best for Real Madrid this season.

The Portuguese goal machine has netted 41 goals in 39 matches across the league and Champions League in the 2017/18 campaign, pulverising his opponents with his trademark power and precision.

Nobody who witnessed Ronaldo’s stunning overhead kick against Juventus in the Champions League quarter final could reasonably claim that the 33-year-old’s star is waning. 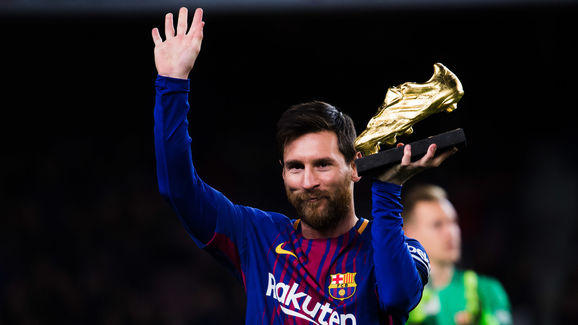 Goals, goals, goals. Barcelona’s Lionel Messi is certainly well schooled in the art form, firing home a mighty 44 of them this season.

The dribbling dynamo has lived up to his lofty reputation, once again leading his side to the league title with his exceptional footballing craftwork.

The five time Ballon d’Or winner’s achievements in La Liga will take some beating, given the outstanding legacy he has been building in the Spanish top tier. Of all the top quality player’s changing hands in the last transfer window, few would have predicted Liverpool’s acquisition of Mohamed Salah from AS Roma to be the signing of the season.

Scoring 43 goals and chipping in a whopping 14 assists, there’s a reason why the Egyptian maestro is being considered as a real contender for the Ballon d’Or this year.

Beloved by the Anfield faithful, Salah has been pivotal in assuring the Reds make the Champions League final, and will be determined to guide his side over the finishing line in Kiev.