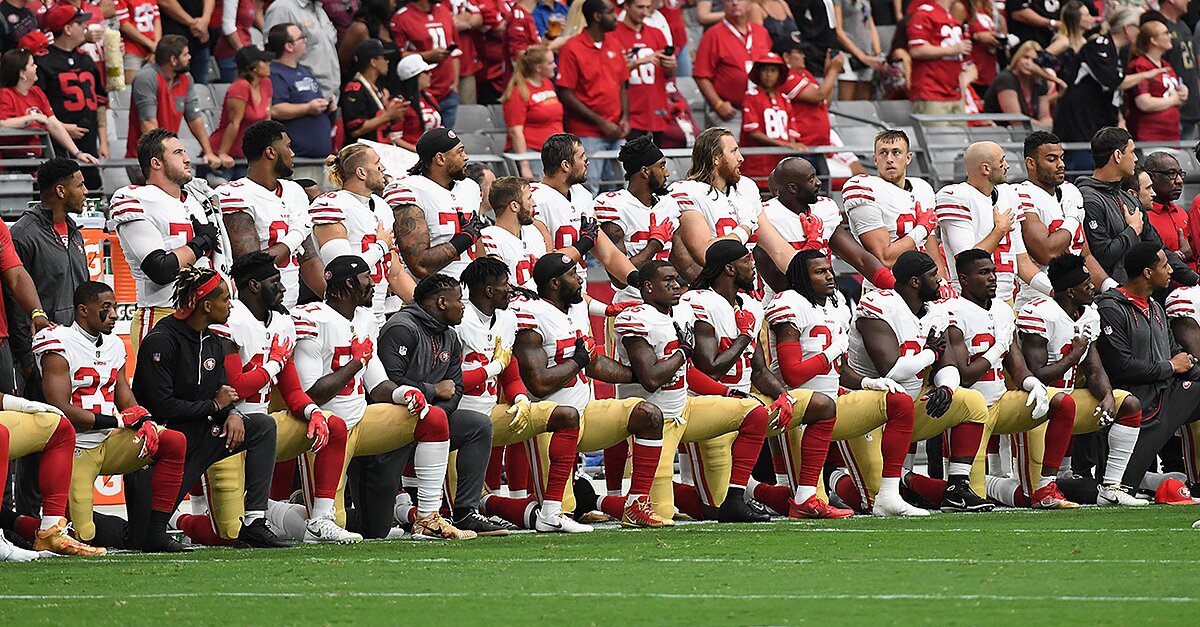 Jed York abstained from the NFL owners vote on Wednesday on a new national anthem policy.

49ers owner Jed York said the team will not sell concessions during the national anthem as part of a broader approach around the NFL’s national anthem debate, reports ESPN.

“I don’t think we should profit during the national anthem if we’re going to ask people to be respectful,” he said.

York abstained from the Wednesday NFL owners’ vote on a new national anthem policy that removes a requirement for players to be on the field for the anthem, and gives players the option to stay in the locker room.

York said he wanted to discuss the issue more with players and focus on the progress, not the protest.

He said his team is focused on the “reform aspect.”

The debate around the national anthem started in August 2016 when former 49ers quarterback Colin Kaepernick refused to stand for the anthem as a means of protesting racial inequality  and police brutality.

Kaeperick has not played since that season and filed a grievance against the NFL that owners colluded to keep him off the field because of his stance.

Several other NFL players, as well as numerous other athletes across America, ultimately joined him. The protests grew during the 2017 season after President Donald Trump criticized NFL players who chose to follow suit. Trump said owners should “fire” NFL players who protest the anthem and referred to them as “son[s] of b——“. Players responded by protesting en masse.