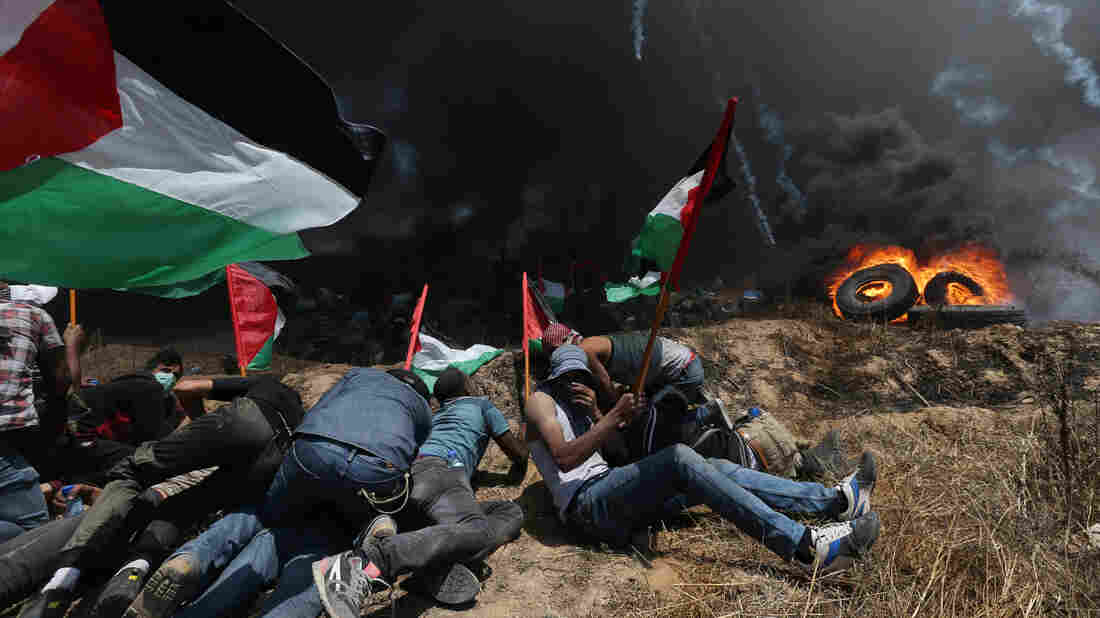 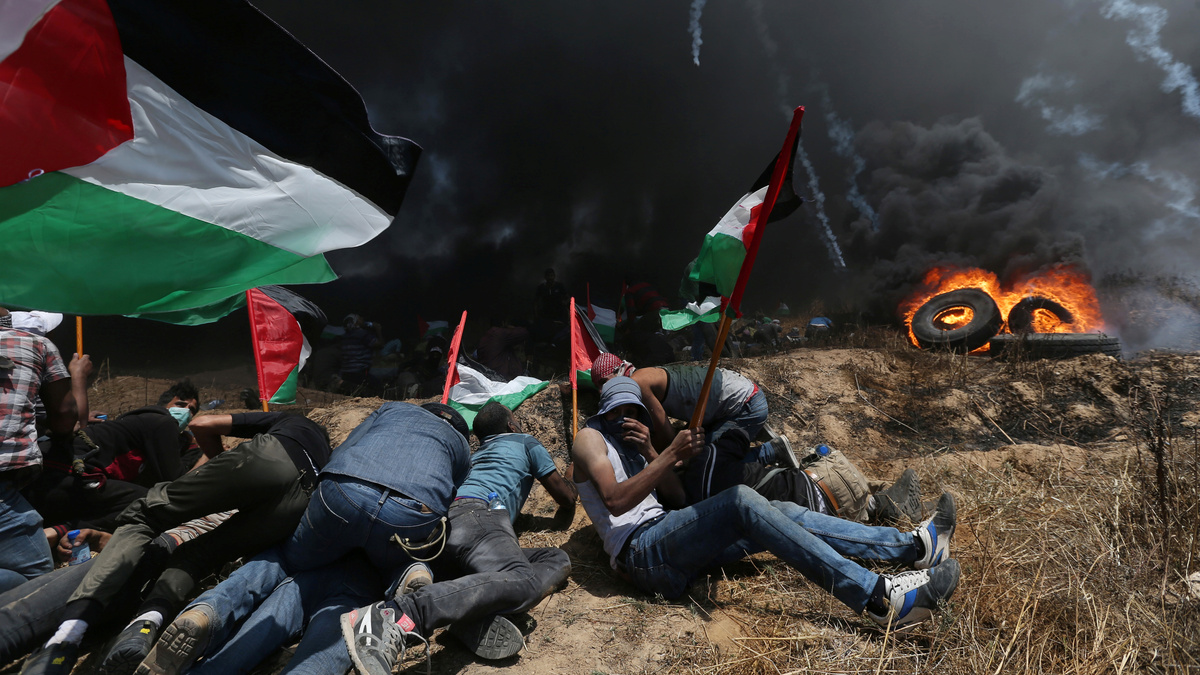 Tens of thousands of Palestinians are protesting the opening of the new U.S. Embassy in Jerusalem, and Israeli army forces have killed 43 protesters, according to the Gaza Health Ministry. The ministry also says some 2,200 people have been hurt in demonstrations and clashes.

The number of casualties rose steadily on Monday, as the opening of the American embassy at 4 p.m. local time (9 a.m. ET) neared. The health ministry published a list of the dead, showing that their ages ranged from 14 to 39 years old. 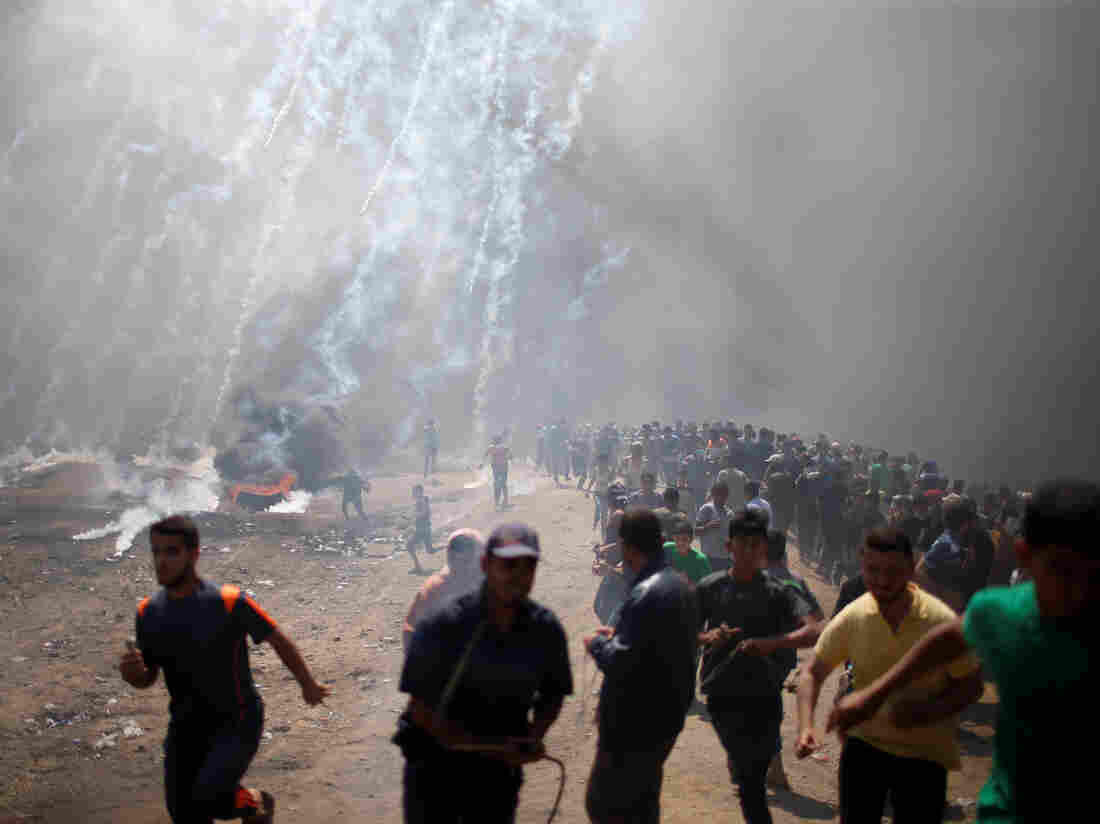 Palestinian demonstrators run from tear gas fired by Israeli troops during a protest against the U.S. Embassy move to Jerusalem and ahead of the 70th anniversary of Nakba, at the Israel-Gaza border east of Gaza City. Mohammed Salem/Reuters hide caption 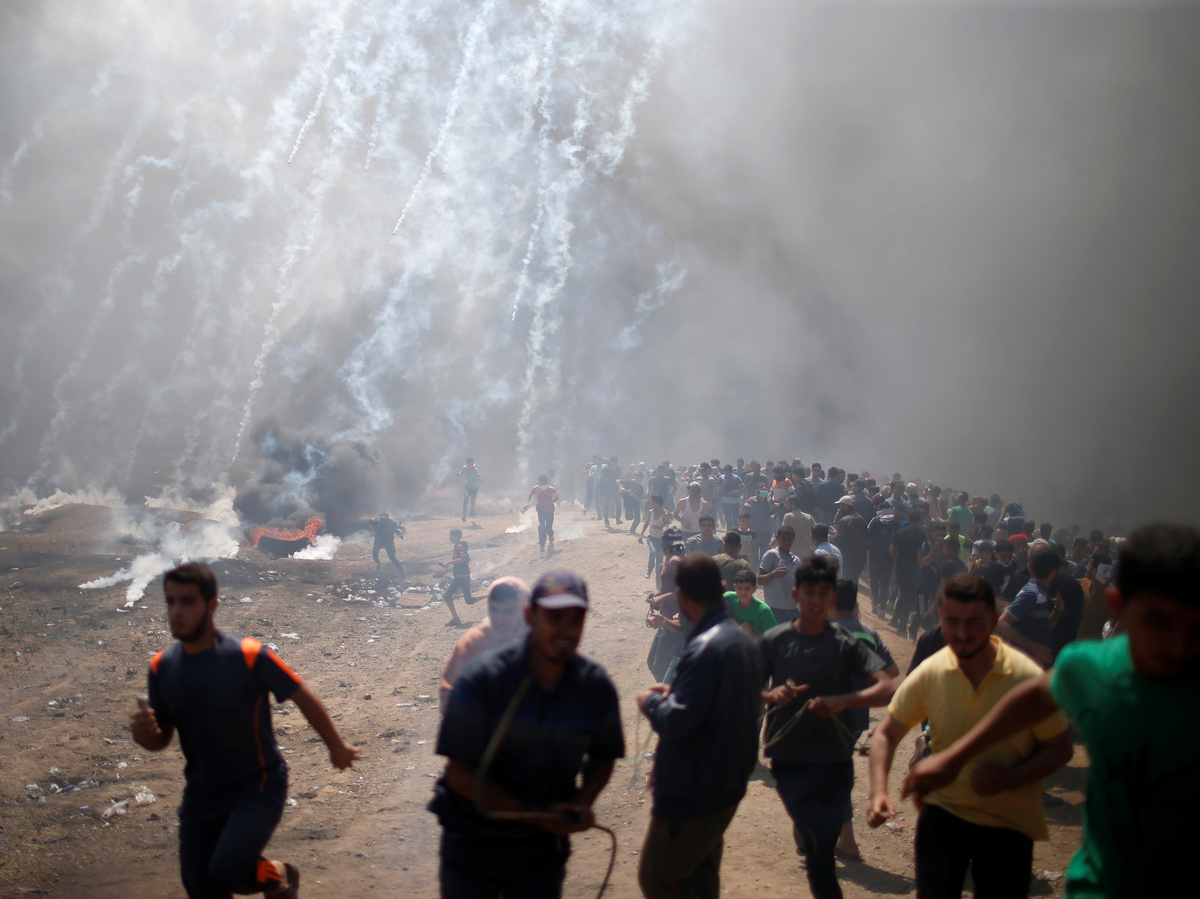 Palestinian demonstrators run from tear gas fired by Israeli troops during a protest against the U.S. Embassy move to Jerusalem and ahead of the 70th anniversary of Nakba, at the Israel-Gaza border east of Gaza City.

“We are witnessing an abhorrent violation of international law & human rights in Gaza,” Amnesty International said of Monday’s violence. The organization says six of the dead are under 18 years old, and more than 500 people were wounded by live ammunition, adding, “This must end immediately.”

A much calmer demonstration took place in the streets outside the new U.S. embassy’s location in Jerusalem’s Arnona neighborhood. There, protesters marched, chanted slogans, waved Palestinian flags and held up signs, amid a large security presence.