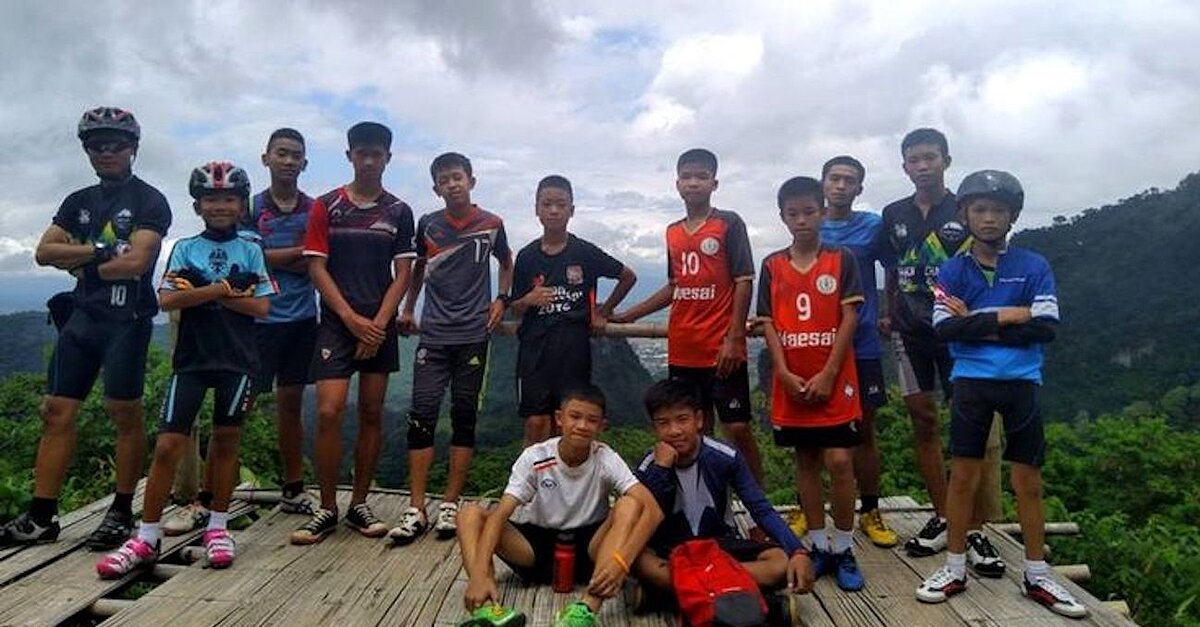 At least four members of a youth soccer team in Thailand have been rescued from a cave after being trapped there for more than two weeks, reports Reuters and the Associated Press.

The rescue operation started on Saturday for the boys, the youngest who is 11 years old and their 25–year–old coach.

The boys were trapped in the cave when they went exploring on June 23, but any attempts at a rescue were threatened when a monsoon blocked their escape. It took rescuers almost a week and a half to find the boys and their coach.

“Divers will work with doctors in the cave to examine each the kids’ health to determine who should get to come out first,” Chiang Rai acting Gov. Narongsak Osatanakorn said.

Divers escorted the boys out of the flooded cave, and officials said that the rescue efforts for all 13 boys could last up to four days.

Reuters reports that a helicopter was seen flying some of the rescued boys to the city of Chiang Rai where they were being taken to the hospital by ambulance.