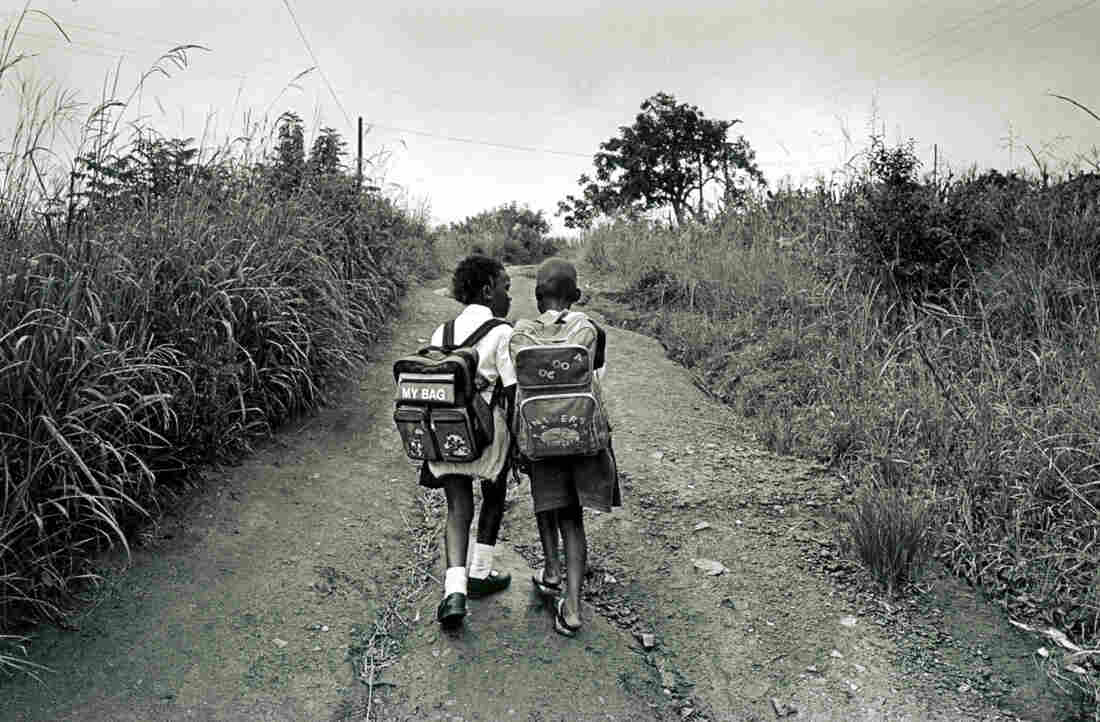 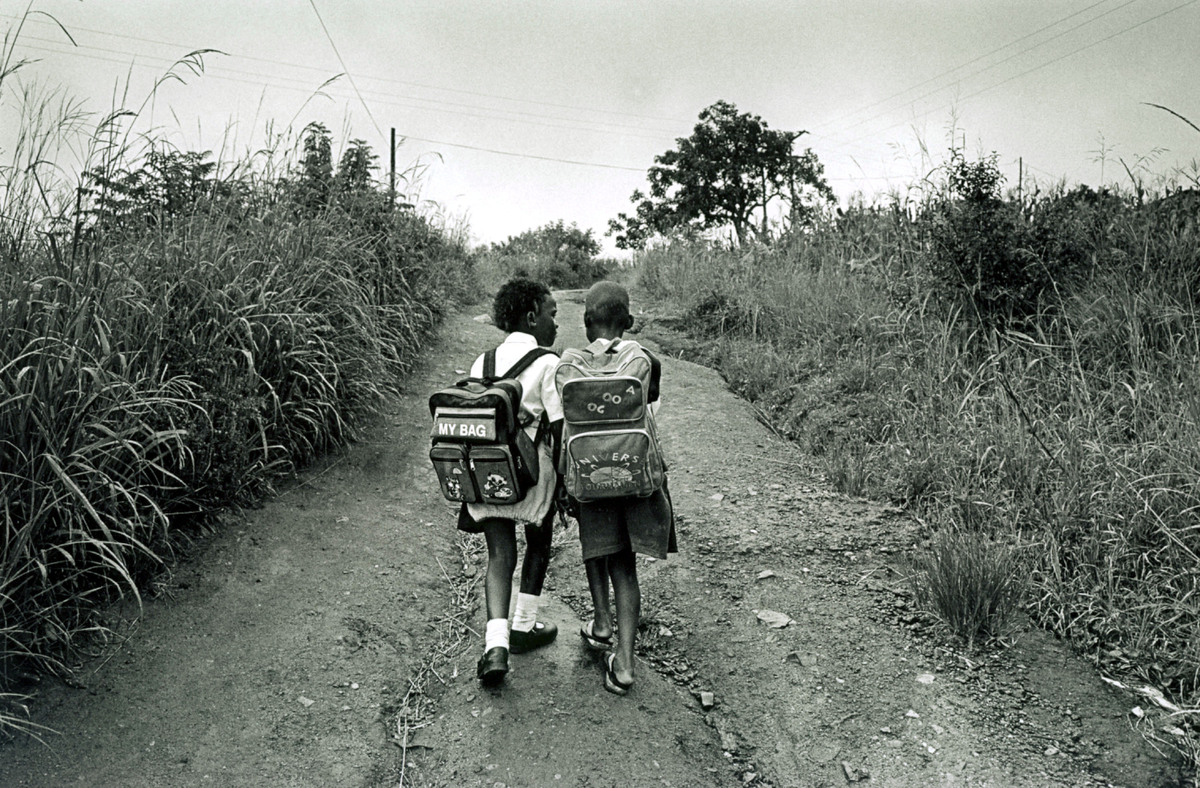 What’s the best way to protect girls and women from being bullied, beaten and sexually assaulted?

The truth is, we don’t really have a lot of evidence.

Although gender-based violence affects 35 percent of women worldwide, it’s a “substantially neglected” area of research, according to the Sexual Violence Research Initiative, a South Africa-based group. That’s why, together with the World Bank, they are investing in new ideas and solutions to find the best ways to fight it.

In April, the groups awarded $100,000 each to 11 creative projects from low- and middle-income countries. That includes a “walking bus” from South Africa — adult chaperones who accompany children on their long walks to school — and a sports-themed gender equality workshop for teens in Papua New Guinea.

World Bank and SVRI staffers reviewed more than 250 proposals and chose winners based on the strength of their ideas and the quality of their research.

The Development Marketplace Awards started in 2015 in honor of Hannah Graham, an 18-year-old British American student at the University of Virginia who went missing and whose body was later found. Her death was ruled a homicide. Graham was the daughter of a World Bank employee. The funds come from the World Bank president’s office budget and other partners.

Here’s are some of this year’s award winners.

The problem: In South Africa, kids, especially girls and young boys, face many risks on their walk to school: “bullying, sexual violence, harassment, even rape, kidnappings and murder,” says Ndumiso Ngidi, a lecturer and researcher at the University of KwaZulu-Natal in Pietermaritzburg. Children from poor or rural settings, who have to walk several miles to school each day, are most vulnerable.

The government is supposed to provide transportation for these children to school, but more often than not, they don’t, says Ngidi.

The back story: When Ngidi was in eighth grade, he got a little taste of what he is now trying to prevent.

“While walking to school, I was beaten by older guys. They took my belongings, my school bag, my shoes,” he says. “But it’s even worse for girls.”

The solution: Ngidi and his partner Zaynab Essack, a research psychologist, are starting a program called the Walking School Bus. They have spent the past few months researching the idea and plan to use their World Bank prize money to put it into action. They will pay adults to chaperone children during their walk to school — which can be as long as two hours.

They’ll start by hiring six adults, who will each walk with a group of 12 primary school-age children.

Clean cookstoves with a side of empowerment in Rwanda

The problem: Women in refugee camps in Rwanda have to walk up to five hours outside the camp on a weekly basis to collect firewood to cook. More than 30 percent of women in Rwanda are at risk of harassment, assault and sexual abuse while collecting firewood, according to data from UNHCR.

What’s more, these women, who have been displaced due to violence, conflict or natural disasters, are at high risk of intimate partner violence, says Anita Shankar, an associate scientist at Johns Hopkins Bloomberg School of Public Health.

“If you don’t have fuel, you can’t cook the food,” she says. “It contributes to the food and security of the household. And interpartner violence is caused by economic stress.”

The solution: If women had access to clean cookstoves, it could help reduce reliance on firewood by up to 80 percent, says Shankar.

And if women could learn how to better communicate their problems, they could resolve conflict with their spouses and family members, says Shankar. “These women are stuck in the camps all day long, with only their thoughts in their heads.”

Over the next year, Shankar and her team will use the World Bank prize money to distribute clean cookstoves to women in refugee camps in Rwanda. This, coupled with Shankar’s specialty — personal empowerment training — could protect the women from gender-based violence both inside and outside the home.

She will bring women together for a three-day workshop at the camp to help them understand how their emotions and belief impact their behavior. Afterward, there will be a one-day workshop for the women’s male partners. It’s a program she’s successfully carried out with sex workers in India and low-income communities in Asia and Africa.

Shankar admits her project, clean cookstoves with a side of therapy, is “a little bit crazy.” But she hopes that it can tackle gender-based violence from the outside and in.

The problem: In Dr. Arturo Harker’s country of Colombia, one in five teenagers are pregnant or have a child, he says. In addition, there are high rates of violence in the country. According to surveys from The DHS Program, 64 percent of women have faced some kind of sexual violence or harassment, says Harker, an assistant professor at the University of Los Andes in Bogota.

Harker wondered: How many of these teen pregnancies were a result of sexual violence? And what can existing programs for teen mothers in Colombia do to better assist these girls?

The back story: Harker has been studying teen mothers in Colombia since 2015. What strikes him about the girls is their resilience. “When a girl tells you that she was 12 years old and pregnant, poor and from a violent context, you think that she and her kid are doomed,” he says.

“What we see with some of those kids is that they do go forward. They get their education. They treat their kids better. They invest more time in their son or daughter. You see that growth and wow. That’s inspiring,” he adds.

The solution: Harker will use his World Bank funds to find out how many teen mothers supported by the Juanfe Foundation, a women’s charity in Latin America, are affected by gender-based violence.

The findings will help strengthen the Juanfe Foundation’s Model 360 program, which provides teen moms in Colombia with education, health care and psychosocial support. Currently, the program does not offer many resources to protect the girls from abuse and harassment.

The problem: According to the U.N. Development Programme, two-thirds of women in Papua New Guinea have been subjected to gender-based violence. That’s pretty high for a country that is not in a post-conflict situation, says Jacqui Joseph, co-founder and CEO of a nonprofit group called Equal Playing Field. “It’s entrenched in the way people live, how society accepts gender.”

She wants the next generation of Papua New Guineans to live differently. And that starts with understanding how boys and girls should treat each other.

The back story: Joseph says she herself is afraid to be alone at night in her city of Port Moresby. “You always need an escort,” she says. “You can easily get attacked, mugged — you’re not safe.”

The solution: Joseph’s nonprofit hosts an eight-week workshop to teach kids ages 12 to 15 about what makes a good relationship and how to set personal boundaries. The hope is that by showing young people how to treat each other, boys will be less inclined to hurt girls and girls will know that being treated violently is not OK.

Joseph uses themes from rugby and soccer — sports that the kids are crazy about, she says — to help get the point across. Week 1 of the workshop, she says, is all about setting the “rules of the game.” So she asks questions like, “What makes a good team?” People encourage each other, people work together, they’ll say. “You’ll find the same thing in relationships,” she’ll say, drawing a parallel.

The program works out of more than 50 schools across the country. With the World Bank prize money, she hopes to expand the program to third and fourth grade students and create more ways to talk about gender in the classroom outside of her workshops.

“As a child, I wish I had people to talk to and get help from,” she says. “In many ways, I’m making up for my own childhood.”