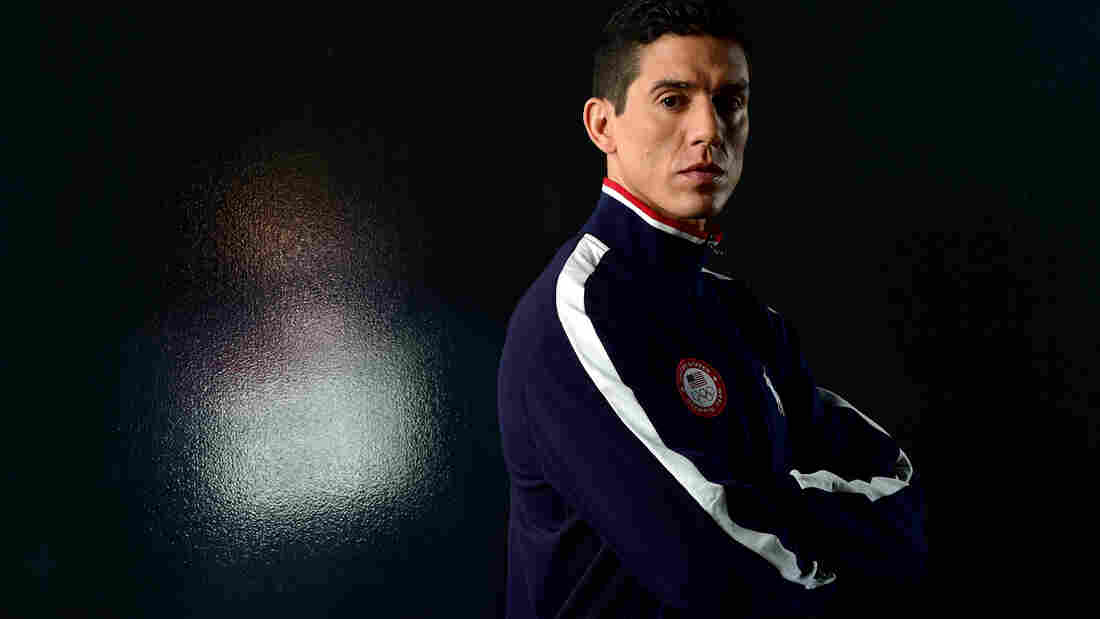 Steven Lopez, poses for a portrait in 2015, ahead of the 2016 Rio Olympics. Harry How/Getty Images hide caption 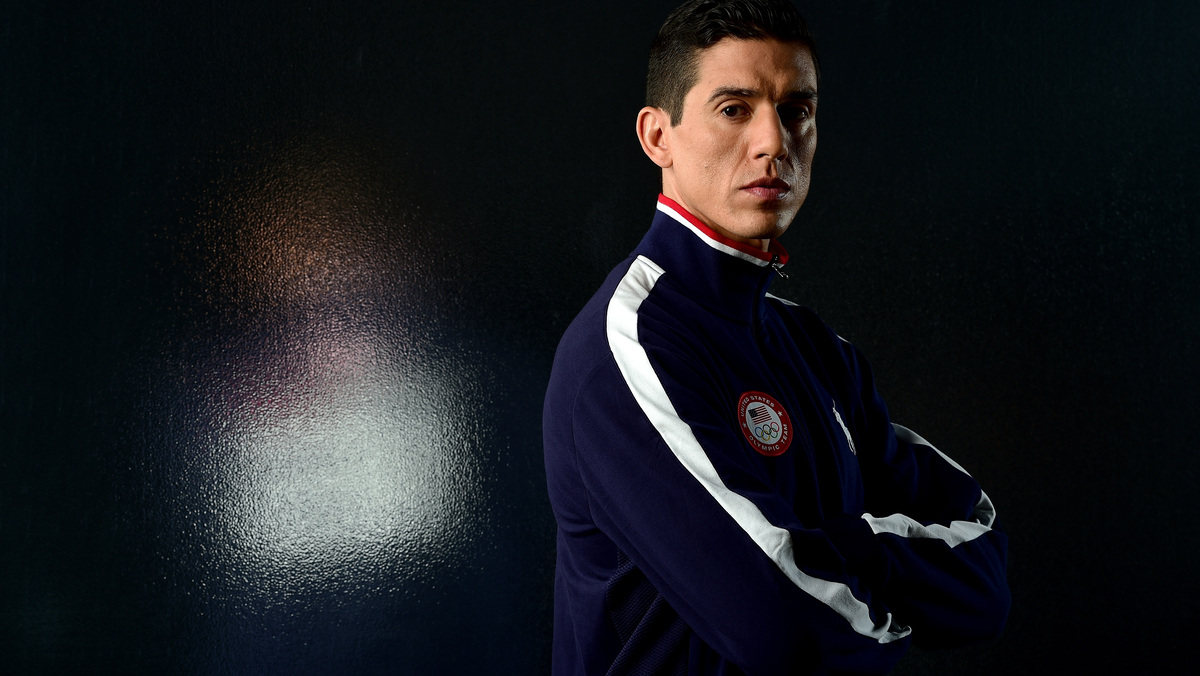 For nearly two decades, Steven and Jean Lopez were the undisputed champions of USA Taekwondo. Steven Lopez is the most decorated athlete in the sport, with three Olympic medals — including two golds — and five World Championship titles to his name. His brother, Jean, was the Olympic coach for more than a decade. As the brothers racked up victories, however, allegations swirled that they had assaulted women, in some cases minor children. Jean Lopez was banned from the sport last month for “a decades-long pattern of sexual misconduct.”

Now, the brothers have been slapped with a lawsuit.

In a U.S. district court in Colorado, four former elite taekwondo athletes have filed suit against the Lopezes, USA Taekwondo, and the U.S. Olympic Committee. The plaintiffs include two former stars in the martial art: Heidi Gilbert, who won a world championship in 1998 and Mandy Meloon, a two-time world champion. The women allege that Steven and Jean Lopez sexually assaulted them. The suit argues that the U.S.O.C. and USA Taekwondo knew about the abuse. Because many of the alleged incidents occurred abroad, the lawsuit claims that the organizations effectively engaged in sex trafficking.

“Rather than upholding the values and spirit of Team USA, these bad actors manipulated the trust placed in them, abused the power and legitimacy bestowed upon them, shattered the innocence and dreams of numerous female athletes, and violated numerous federal and state laws,” the lawsuit reads.

As NPR previously reported, Heidi Gilbert alleges that after winning a gold medal in her weight class in the Pan American Games in Ecuador in 2002, Jean Lopez assaulted her in his hotel room. She says he threw her onto the bed and, at first, she thought they were wrestling. But then, she says, he put her in a fetal position, rubbed his groin against her, and ejaculated into his pants.

Meloon, who had filed a public complaint in 2006, alleges in the suit that Jean Lopez digitally penetrated her vagina when she was asleep in her hotel room in Cairo, Egypt, after she competed in the World Cup in 1997. As detailed in the lawsuit, she was 15 years old at the time.

Meloon was in a relationship with Steven Lopez for several years. She says that he physically beat her on more than one occasion and raped her in 2005.

There is at least one other woman who is not part of the lawsuit who also alleges Steven Lopez engaged in sexual misconduct. Nina Zampetti began training with the Lopezes when she was eight years old. She says that when she was 14, Steven —who was then 22 — had her perform oral sex on him. 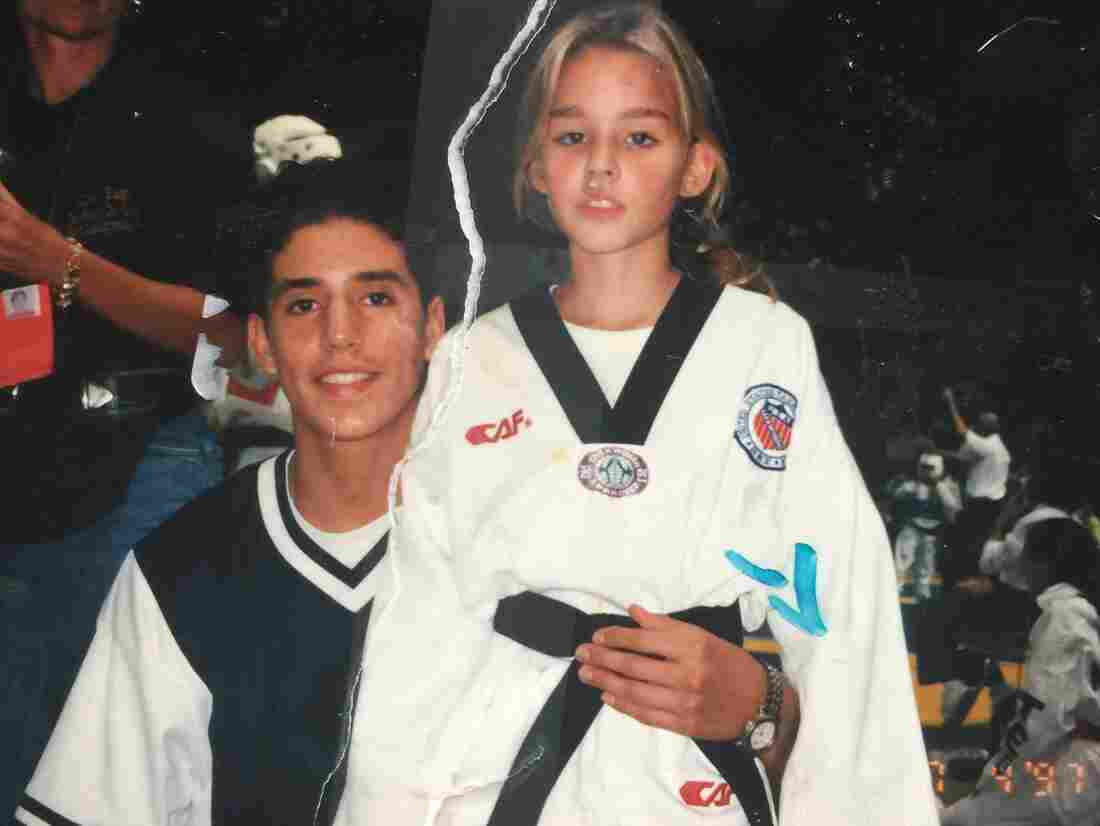 Nina Zampetti at age 11 with Steven Lopez. She is not part of the Colorado lawsuit but is also accusing Lopez of sexual misconduct. Courtesy Nina Zampetti hide caption 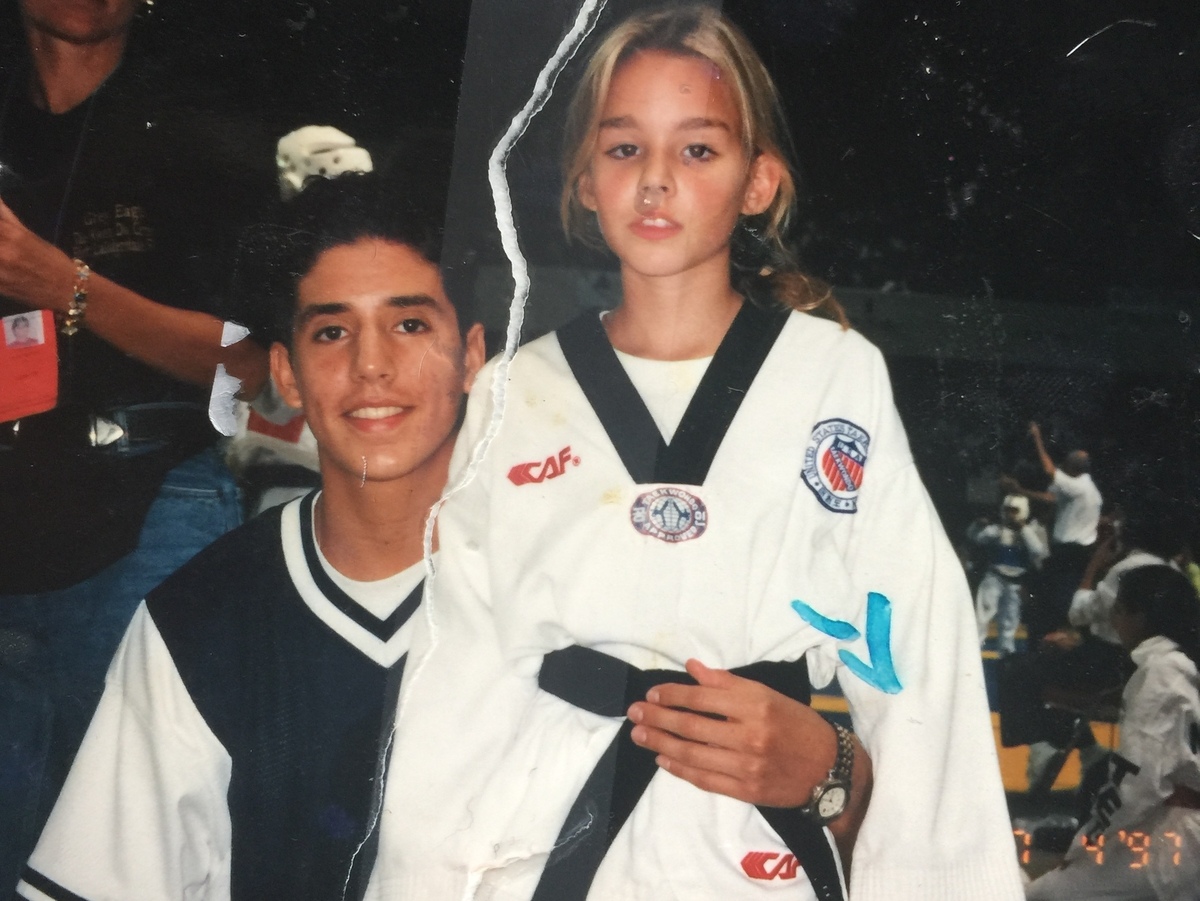 Nina Zampetti at age 11 with Steven Lopez. She is not part of the Colorado lawsuit but is also accusing Lopez of sexual misconduct.

USA Taekwondo first received a formal complaint against Steven and Jean Lopez in 2006. The former head of the organization cleared them of wrongdoing, although some members of the board found the investigation perfunctory. In March 2017, the case was referred to the newly created U.S. Center for SafeSport, a nonprofit tasked with investigating abuse across Olympic sports. The organization banned Jean Lopez last month, citing “a decades long pattern of sexual misconduct.” He is appealing the decision.

When Nina Zampetti looks back on her interactions with Steven Lopez, she sees how he exploited his position as her coach to allegedly sexually abuse her. Lopez could be very effusive with his praise, she remembers. When she was around 11, she says, he made a grand pronouncement: “He gave me a ring and told me we would be together some day.”

But Lopez could also be a tough taskmaster. Zampetti remembers that when she was around 12 years old he called for her as she was walking to a local store; she declined to run to his side. Later, as punishment, he demanded that she hold a headstand position for what she estimates was about five minutes. When he finally let her come up, she started crying uncontrollably. “I felt like I did something so terribly wrong,” she recalls. “I felt so humiliated.”

Zampetti quit the sport the year after Steven Lopez allegedly had her perform oral sex on him. She found the experience deeply violating. Learning of the other alleged victims and the lawsuit, she says, was validating. “For so long I thought I was the only one,” she says.

In addition to the lawsuits, U.S. SafeSport is also investigating Steven Lopez. The case has now been under review for 14 months. The Center declined to comment on the status of the investigation, which is their policy on all active queries.

Ronda Sweet, who served on the board of USA Taekwondo from 2006-2010 and has been deeply critical of how the organization handled allegations of sexual assault, points out that there was a financial incentive for the organization to refrain from banning the brothers.

The U.S. Olympic Committee employs a “money for medals” formula in allocating resources to the 47 sports governing bodies it oversees. That made an athlete like Steven Lopez particularly valuable to USA Taekwondo. “We got more money than other N.G.B.s [national governing bodies] because we brought back more medals,” Sweet says.

The issue of sexual assault is certainly not unique to taekwondo. Swimming, gymnastics, speedskating, and figure skating have all been plagued with their own scandals. USA Taekwondo’s executive director, Steve McNally, says he wants to change the culture of the sport. “USA Ttaekwondo is now aiming to become the example of how to get this right,” he says.

McNally assumed the position late last year. Next month, he says, the organization will unfurl an educational campaign that will describe the dynamics of a healthy coach-athlete relationship. “We have to be maybe more vigilant than some other sports that don’t have that master-student relationship, that dominance, built into the sport,” he says.